We need to adapt the Grow Room plans to an SO3

if possible, or at least an XL or XXL: 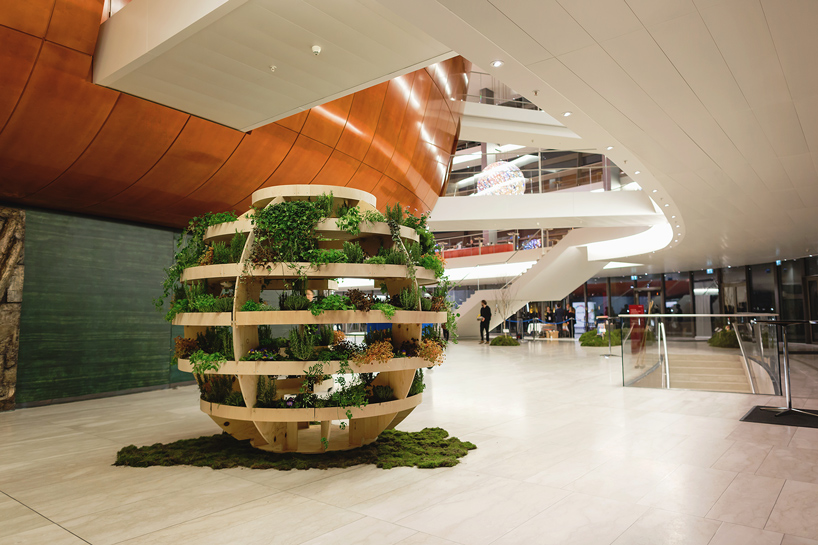 SPACE10 has designed 'the growroom', a spherical structure that enables people to grow their own food in a local and sustainable manner.

The design for The Growroom, an urban farm pavilion that looks into how cities can feed themselves through food producing architecture, is…

Seeing as these are all cut from 4’ x 8’ sheets, is it your goal to build a scaled version of this?
I did a quick import and my grid is at 12" intervals. 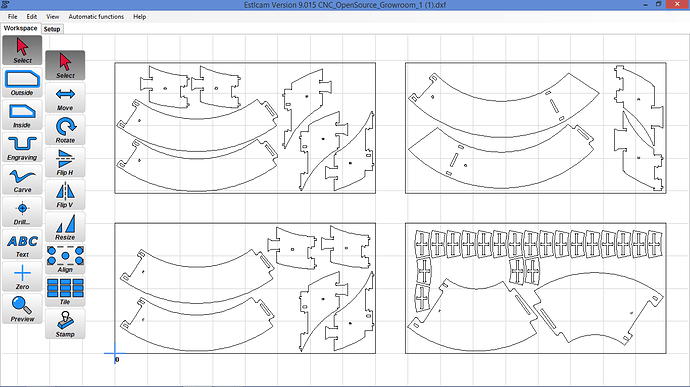 You could do this for succulents on the S3 or Nomad

I kinda want to make one for my desk…

Cool idea, but curious how they’re addressing the risk of mold/rotting to keep the plywood from degrading quickly, and 17 sheets of plywood… good gosh.

Yeah, I think it should be made out of HDPE or PVC lumber (or painted with a UV-resistant paint).

The parts layout seems profligate of material to me (per @jimidi’s images) — hoping I can find some more reasonable arrangement and save some material.

There are some interesting automatic CAM path features in Estlcam I might experiment with using these files/parts, however the larger task at hand is the obvious optimization to cut this for XL/XXL machines. To get anything close to this scale will require some careful planning as the larger parts exceed 6 feet. One might get a “hobbit sized” end result with single pass part cutting, but I have yet to compare the scaling factors

While plywood is a reasonable material choice, eventual long term setup where it’s vulnerable to moisture from environment or “payload” is a concern. It is a head-turning concept and it has piqued my interest. Thanks for sharing @WillAdams

I believe that we can do multiple / over-lapping pieces in lieu of the larger single pieces — there’s also rotating pieces diagonally on the cutting area — as I noted, I found the material usage profligate to the point of being reprehensible.

Alternately, if we can get it down to just a couple of large (hopefully identical) pieces, perhaps we can work up a plan for jigs (say in the waste area of the cuts?) which would allow one to cut out the pieces using a router and flush cutting / bearing guided bit.

I took some stabs this morning at scaling…

The primary structure is cut from 18mm ply (.708"), and the driving factor for scaling this project is the slot/pocket width where tabs slide through to create the interlocked structure. I took a quick look at scaling to standard 0.5" and 0.375" play that one could easily acquire from the local big box store.

I also looked at the largest part span based on the best case diagonal span of an XXL (a theoretical 46.67" using a 33" x 33" cutting area). 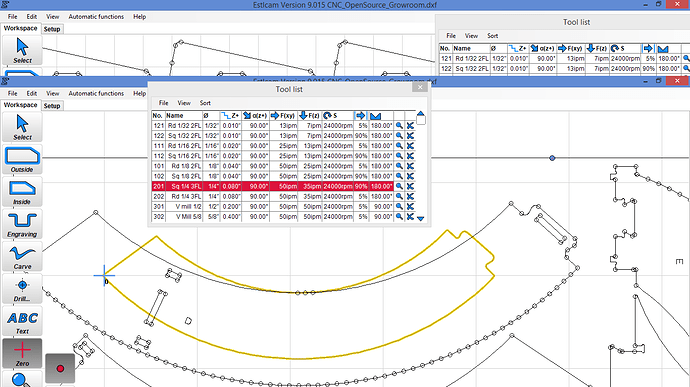 Using .375" ply looks doable, however one ends up with a 53% scale of the original (a hobbit grow room). I’m gonna try a couple scaled pocket cuts tonight and do some further analysis.

I tried scaling and cutting some pockets from this model… I started with empirical values (18mm / 0.708") for scale factors, and my results were not as expected (all the scaled pocket cuts were larger). I then tried cutting a pocket at full scale, and the resultant pocket width for the 0.708" ply was actually 0.75" width. Therein lies the scaling error.

I don’t think 0.5" ply is viable choice for a straight-scaled approach.

If I scale toolpaths to create a pocket that is 0.52", the worst case span of the “D” parts is well under 48" (the pictured grid is 12"). Scaling is in the 60% realm which would net something that one might be able to climb inside of… 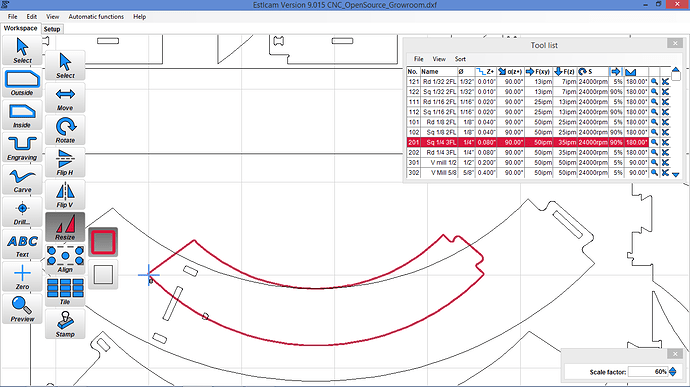 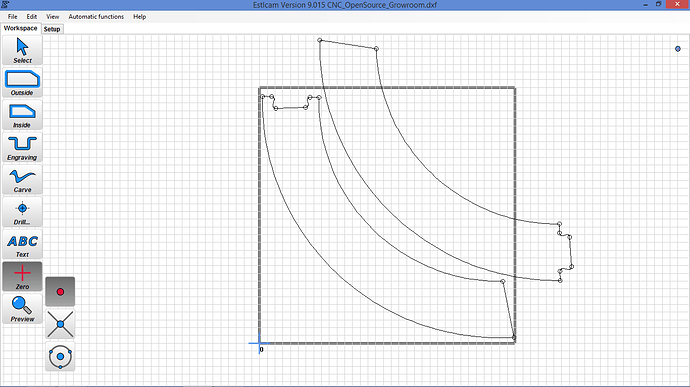 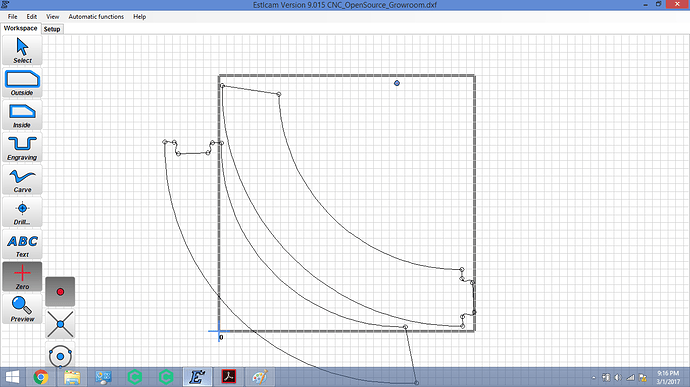 What about sticking to original scale, rearranging the pieces on to 2’x4’ stock, and tiling the tool paths?

I’d love someone to document full scale pieces on the XXL, perhaps pulling them into Easel (which I believe supports tiling?). The larger shelf cuts require 2’ x 6’ items cut from even larger stock, so I’m certain an XXL jigged up for a tiling cut operation would be up to the task of a full-scale version.

I’m working with the tool-chain I’m familiar and exploring a scaled-down approach with all things considered, including off-the-shelf ply from the big box stores. I have yet to experiment with tiling operations (although I’d love to have tiling operations under my belt).

I’m only familiar with fusion 360. And I’m on an Xl. So I guess I’d need to know if any of the pieces require any more than 30ish inches of x axis. I recently built my Xl out with the express intent of tiling projects, so it’s an activity I’m keenly interested in. Although, being a bit of a neophyte…I may be best off starting with projects of lesser complexity.