So, having seemed to correct my issues with X and Y axis (see the “Diagnosing Hello World” thread), I have been doing some test projects, and the Z axis keeps losing depth. I’ll zero something before a project. The project needs does a roughing pass that goes down to about .6 inches, with a max depth cut of .15 inches at a time. However, as I watch, I can see that the Z starts to NOT go as deep as it needs to. I jogged the Z back to zero after cancelling the job, and it looks like it is now about .27 inches too high.

I have checked and gotten the z axis motor set screws tight on the flat, and the belt seems very tight. Once again, I am at a loss and am looking for suggestions. I have reviewed similar threads, but, having checked the belt and the set screws, I’m not sure what else could be the issue.

It seems that you’ve done your homework on the pulley and belt.

So on to the next step:
Can you tell us a little about the cutter diameter and collet you are using? Or are you using a collet adapter?

It has happened with two different cutters and two different collets. The project I have been trying is the “3D Import” test project in Vcarve. It has three toolpaths: the first does a roughing pass with a 0.25 endmill. The second toolpath is the detail one with 0.125 ballnose. The last toolpath uses the 0.25 endmill again to cut around the perimeter.

The cutters I’m using are from Carbide 3D. The 1/4 collet is the one that came with the Dewalt router. I purchased a 1/8" collet from Carbide3D.

The first time I tried the project, the roughing pass went great and didn’t seem to have any issues. I was able to switch the cutters and started the detail toolpath. It went great for about 1/3 of the way, and then I noticed that the cutter was no longer going deep enough to actually cut.

After resetting the z-axis set screws and checking the z-axis belt, I tried the project twice more today. Each time, the Z axis seems to lose depth part of the way through the roughing pass.

One thing I did not think to check was to see if the cutter itself had moved in the collet. I’m not sure if that is what you were wondering about, but I’ll do another test and check the cutter length outside the collet before I start the job and after it starts to fail (if it does).

OK. Just did another test. Same issue occurred. Measured the length of the cutter sticking out of the collet. Ran the job. Once I noticed it was no longer going deep enough to cut, I stopped the job, and then re-measured the length. It was the same. So, it doesn’t appear that the collet is slipping, but it is something with the z-axis itself.

Referring to the Z axis assembly rollers that roll on the gantry.

Any theories as to whether the problem indicates that they are too tight or too loose?

I’d suspect too loose belt first: http://www.shapeoko.com/wiki/index.php/Shapeoko_3#Belts — had to use a pry bar to get D 4 (left) and B flat 3 (right) — careful not to bend motor shaft.

SO if not the set screws, and not the belt, and not the collet…the ONLY time I have had a problem with the Z drifting has been because I was running the machine too hard and the Z Stepper motor was not able to hold it into position. So I ask are you running it too fast? (Feed, and depth of cut)

So, update… I took off the Z plate and checked the v-wheels. Two of them seemed a little loose, so I tightened them and put everything back together. Based on an e-mail from Ed Ford, I moved my router up about an inch in the holder, so the top wasn’t resting on the bracket. Ran the roughing pass again, but same issue occurred. Not sure where to go now…

Will - some of the links (in the belt section) on the page you sent are bad. I don’t understand what you are referring to when you say “had to use a pry bar to get D 4 (left) and B flat 3 (right)”. (I’m a stupid newbie, remember…)

I think the pry bar comment = Z Belt tightening idea. Loosen the Z motor (4-screws). Place two shims (or large screw drives or small pry bar with tape over them to protect the surfaces) between the X and Z motor to push the Z motor upwards. When the belt is tight. Re-tighten the 4 Z-motor screws

Thanks for the suggestions, Rich. I’ll try those tomorrow afternoon after work…

or http://www.shapeoko.com/forum/viewtopic.php?f=37&t=8249 — the shim method Rich referred to.

Ideally, references should all be on: http://www.shapeoko.com/wiki/index.php/Belts_and_Pulleys#Proper_Tension — if we could reach a consensus on this.

Take up broken links w/ the webmaster of the site(s) in question. They all worked when I made them.

This thread could use some pictures.
Even one picture would help.

Thanks. Finally saw that the link http://www.shapeoko.com/forum/viewtopic.php?f=37&t=8249 included the picture. I’ll be trying that method this afternoon after work. 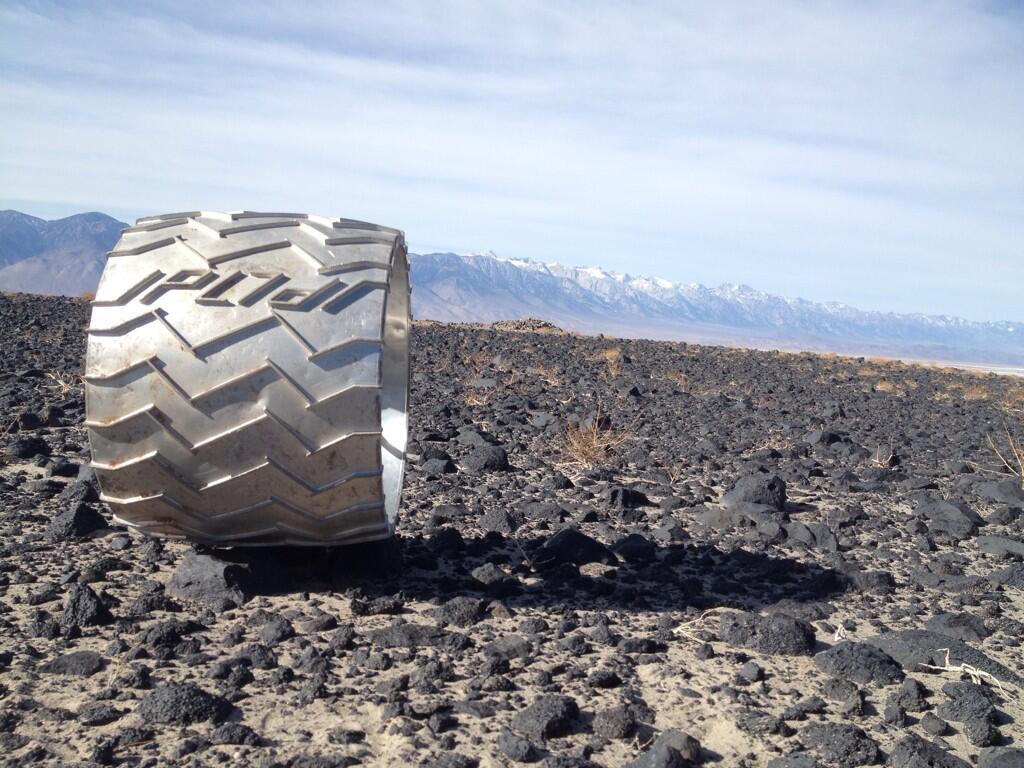 Thanks Richard, The depths of those treads are not lost on me. 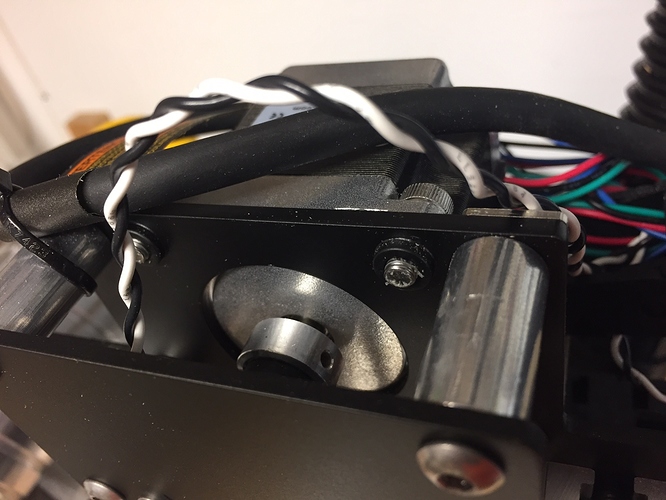 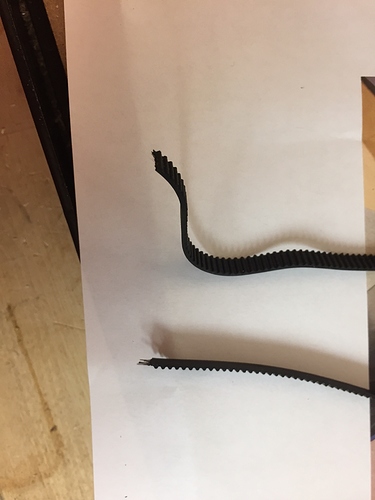 So, either the belt was defective, or I just tightened things too much and it snapped. Either way, I am stuck till I can get a replacement. Sigh…

It should be possible to fasten the broken belt using a bracket placed where the fixed pulley is.

I’d suggest getting a replacement belt from SDP/SI or some other U.S. vendor w/ good q.c.

I had a similar issue with my Z axis, a seemingly shifting on the Z azis. All of the tiny set screws felt tight, but the one set screw that bears on the flat side of the motor shaft was not at exactly 90 degrees to the flat surface. Sometimes it would slip under heavy load from a plunge or retraction from a deep cavity. If yours is doing this there will be radial scratches on the shaft.
My solution was to

Thanks for the advice, Kelly. I’ll be double checking everything once I get a replacement Z belt.