Z depth not accurate with probe

Im using my new Probe to set my Z Depth and when I start my Job it does not cut anything. Im placing the probe on top of my surface and my file start depth is at 0. I have also planed my surface so it’s all level. Not sure what Im doing wrong.

Also something worth noting is when I use the probe with any material it always set’s the depth at 31. 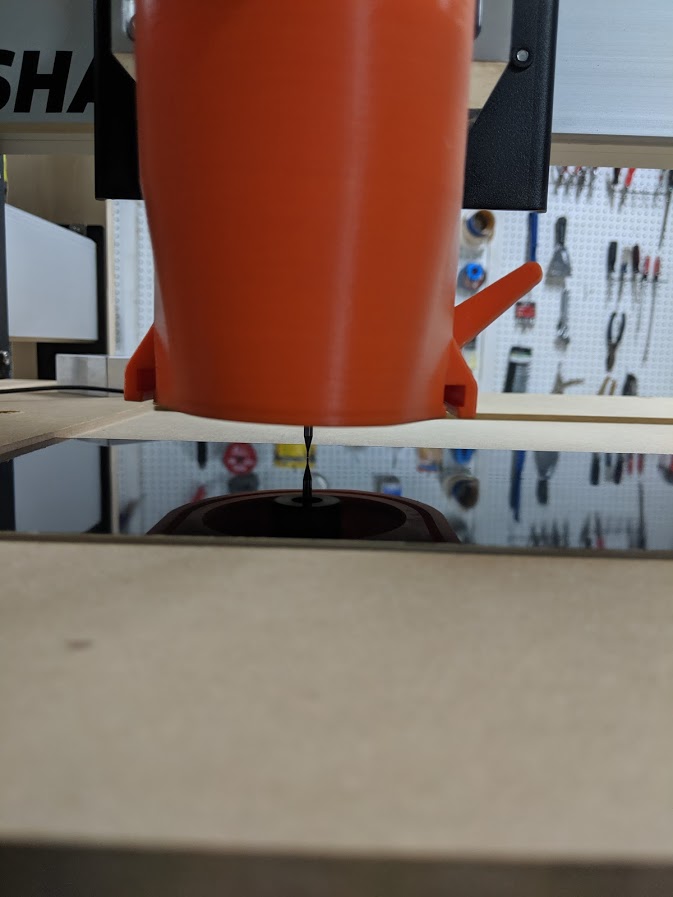 Are you probing Z only in CM ? (a possible/usual error is putting the probe on top and probing XYZ)

Im setting the Z with CM and making sure it’s only for Probe height “Z” for type.

*scratching head*
Any chance you can post a video of your probing cycle, and the gap that remains afterwards ? It might help figure out if anything looks suspicious

EDIT: oh about the 31, that’s expected due to final retraction (Touch Probe issue with Z zero)

Here is a video of the probing cycle:

* straching head again *
What if you manually jog Z after that, what is Z value when you get to the surface of the stock ? 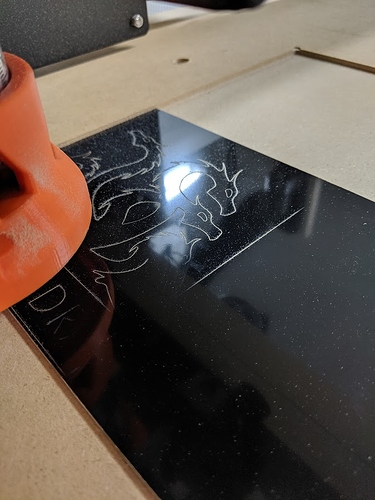 I would suggest that you manually jog to a few different places over your stock surface after probing, and check what Z value you get when you touch off. Even with a surfaced wasteboard you may have a slight bend/uneven depth in your stock maybe ? How far apart is it ?

Could the bit be the issue?

I doubt it. Does the picture in your first post represent how far apart the bit is from the surface ? It looks very, very close. I can imagine that this stock could have tiny variations in depth across its surface

I guess what I could do is set the depth at .004 instead of .003 to see if that accounts for the material.

.003" is the engraving depth for the material I’m using

Well I think that may be your problem right there: engraving at such shallow depths is akin to PCB engraving, and it requires a very flat & level top surface, and possibly Z height mapping (that CM does not support) to compensate for subtle local variations

I’ll agree with Julien here - this is pretty shallow. Diamond drag is usually on the order of just a few thousandths. It’ll also depend on how you’re holding down material - if it’s double stick tape on the back, it can be uneven between the tape, if it’s wax, that can be sort of uneven as well. If I look at the top image and “follow the dots” across it in the reflection of the pegboard, there might be a bit of a crown. Looking at the most recent picture, the cut on the right of the drawing (which I’m assuming should go all the way top to bottom) indicates it’s a little higher in the middle in that direction.

Try this. Looking at the surface so you can see the reflection of the wall behind, push down gently on the material and see if it moves - you’ll be able to tell if the reflection changes, but you might not see the material itself move (black is always harder anyway). Another thing to try is to use a known good straightedge (a machinist ruler is good) in different directions across the material, shining a light from behind (without touching the material with the light) and see if you can see any light sneak under the edge. Everything you’re describing says the material isn’t flat.

@luc.onthego he is using #121 which is Carbide3d’s 1/32’’ ballnose.
But I agree a spring-loaded drag bit would take care of this issue!

Yeah, I thought it looked like an endmill but the comment from @mikep made me think that I must have been mistaken. Well, my comment still stands as you mentioned, a spring-loaded diamond drag is usually a better choice for engraving. You need near-perfect surfaces and a well-tuned machine to take 0.003 passes as it is at the limits of the Shapeoko precision.

I have stopped using my probe due to something similar; on probing with a very small bit (the carbide 1/32") the probe was off (even for very local things, so not wavy material) where the first 1 or 2 depths cut for a pocket operation were run “dry” in the air.

maybe my probe is not perfectly machined and I’d need to use a caliper to measure the probe and adjust some setting, but it hasn’t been all that obvious where that would be