I was in a super hurry to get this thing together before mother’s day to finish a project for her. It doesn’t look like that’s going to happen now. It doesn’t seem like people know much about this z plus yet, but I’m hoping someone here does and can help me. And the interest of time I’m going to copy the email that I sent to tech support:

I am in a dreadful hurry and I realize that y’all are not probably there today. The problem is when I was going over everything in the package there was something that looked like a bolt rolling around freely in the bottom. I and my friend didn’t know what it was. When we get to a certain direction, we found out what it was. The directions instructed us to pull the z-axis down until it stopped. 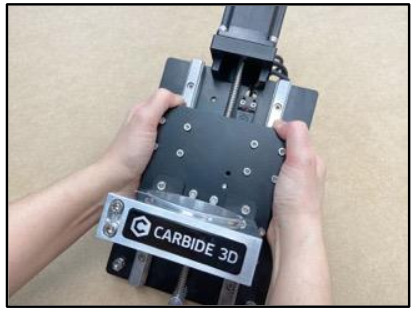 It did not stop.

The thing rolling around in the bottom was the silver stop, I guess it would be called, and it sits at the bottom of the screw on the z+. 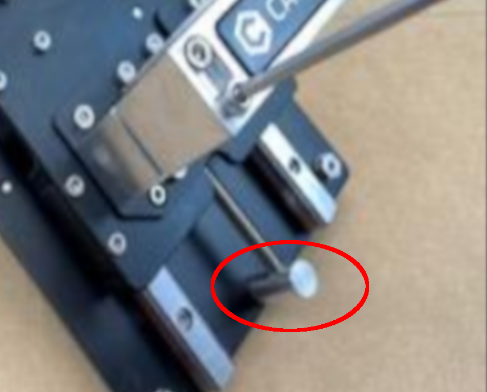 So then a black piece popped out, and then a spring, and then two little bearings, the bb type. My friend seems to think he knows where everything goes and got the bearings back in, knows where the spring goes but the black piece, somebody in the forums called it a delrin something or another, will not fit back in there because it spins on the screw and it is too wide to spin under the carriage. How do I get this back in there?

Got a pic of the piece? The Delrin nut 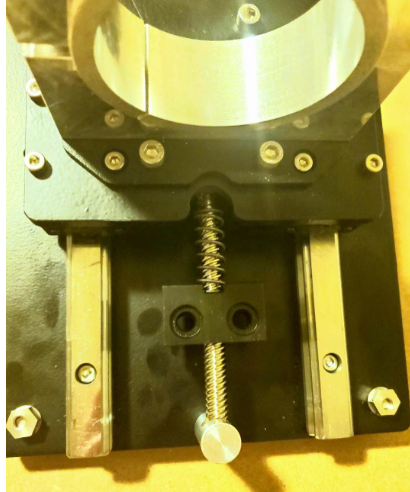 it seems to be the same as the one already behind the z carriage and the spring sits between them. It is too wide to just spin it back on: 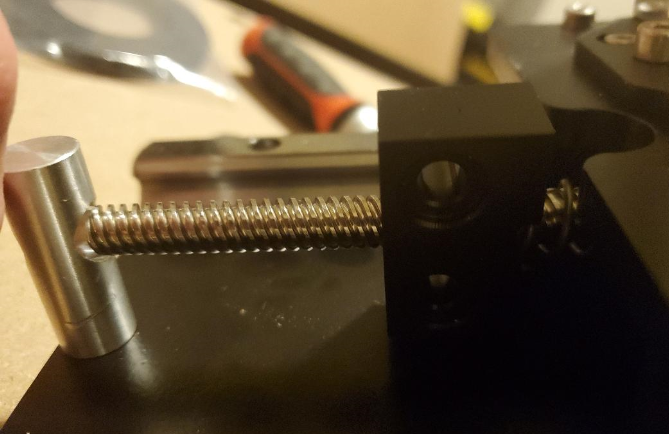 I’ve been looking more and an option is to turn the screw so that the carriage is partially off and try to line it up with some needle nose pliers and then let the screw thread it back on. Problem with this is that’s far enough for the tiny ball bearings to start falling out. I got it close with only the loss of one half bb sized ball bearing. I wonder if that’ll matter or I need to get it back in? I also don’t know the orientation of the piece (I assume it’s the opposite of the one already in there so the screw can sit in the indentations on those sides), or how far it is supposed to be from the other piece, i.e. how much the spring should be compressed.

So did you figure it out?

I’ve contacted you on this through your support ticket — we’ll get this swapped out as quickly as we can.

Sort of Rich. I’m pretty sure I figured out where everything went but it’s really hard to get those little ball bearings in and I don’t know the measurements between the delran nuts or their orientation. An exploded view of the carriage assembly might be helpful for people in the future but for me, Will has super graciously gotten me all straightened out.

Ok, thanks for the reply, and good luck with your balls. This will serve as a reminder to not take my apart!