I am working to build an Armoire for my wife. I wanted to include some carvings, but a total nube on carving. Went to vCarve Pro and created the following corner pieces. Took some time figuring it out, but turned out great 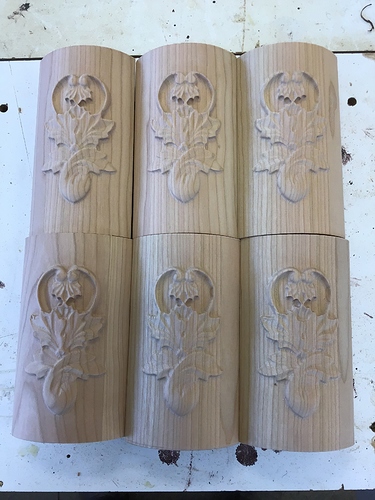 Those look really great. Did you start off with flat stock and mill it down from there, or were they rounded to begin with? Interested in your technique.

They are actually built corners from two pieces. I then cut them in the CNC positioned just like they sit now. I had to cut off the corner that would have normally protruded up from the table. During the roughing pass I had to use a stick to help hold them in place.

I created them in Vcarve Pro. Imported a round clip art. Sized as needed then imported the 3D model. The program laid it onto the rounded clip art.