I have a Shapeoko 3.

I have a project in mind that could use a 4th axix operation. Is there a kit out there that would work?

Barring that, I manual 4th axis system that would be indexed so a rotation of 90d could be achieved

Check out Rotary Accessory - J Tech Photonics, Inc.
They seem to be complimentary to the Carbide3D ecosystem

I’m currently prototyping a easy way to switch between y-axis and 4th axis with a switch and some hardware. 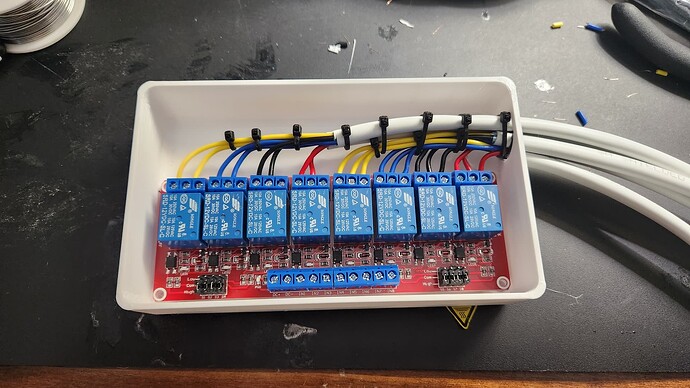 Very neat wiring. Reminds me when I used to install servers at phone companies. They would tie the cables up with linen waxed string. That was real pretty until you had to pull a server out of the rack and cut all the pretty string away to get the server out.

Great idea to switch the cabling electronically rather than take the cables apart. Anytime you unplug a cable there is always the possibility the connection will go haywire and kaput. Plus most cables have a maximum number of cycles to plug and unplug before they wear out.

This is an exciting area. Looks like we’ve got some big brains on the case, so prospects are good for some dope developments. I was blown away by Dennis Von Hoof’s manual rotary setup (check out his koi fish YouTube video starting around 2:40) and fantasize about doing something similar on a SO5 but maybe on x axis in the space between the front hybrid table horizontal bars. See pic related. Would have to modify t-track/spoilboard situation on south side of the table somehow for the extra table depth to spin the piece. 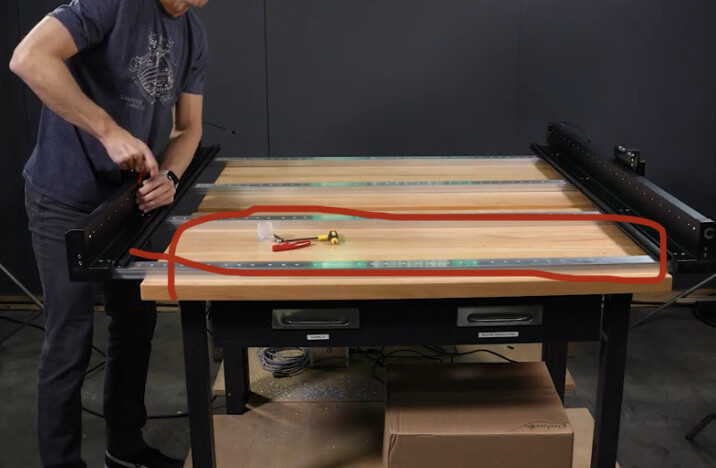 I may use waxed string on the final product just because I like the aesthetic.