I’d like to add a 4th axis to the Nomad. I have a couple of sweet Oriental Motor geared servo motors, 30:1 gearboxes with no discerable backlash. 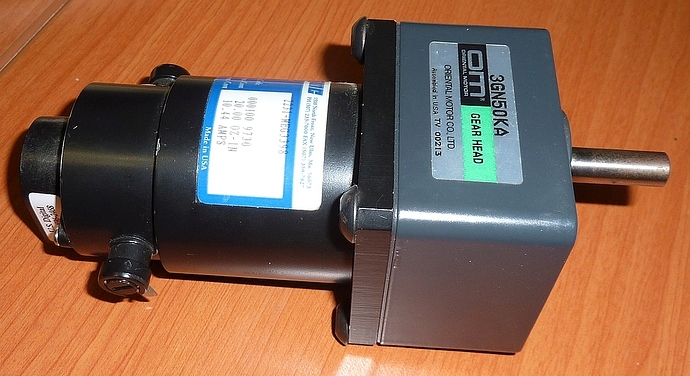 It would be easy to make a chuck for this gearmotor but I have no idea how I’d interface it to Carbide Motion to enable MeshCAM 4-axis code.

I can handle the actual driver cirtuitry, it’s only controlling it that is the issue…

Neat! No scale… how big is it? 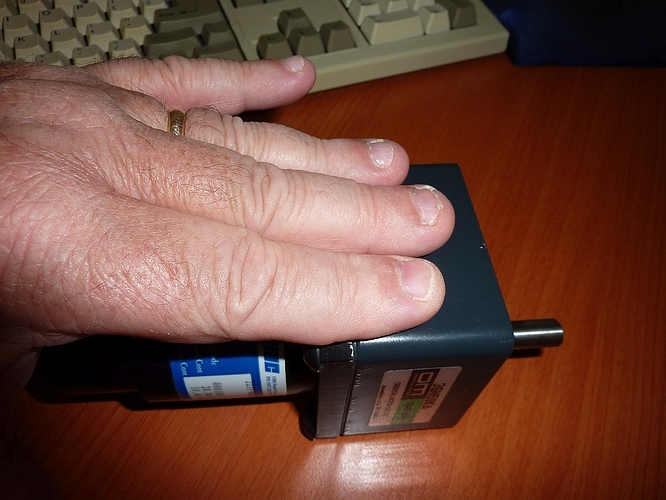 Seriously, about 2.7" square over the geabox by about 5.7" long plus the shaft.

Not sure if there are any stepper controls free on the existing boards. If there are, perhaps it can be used; if not, Nomad organ and brain transplant? @mbellon, the stepper board (in the Nomad Classic at least) is 3-axis and all 3 axes are in use.

The board in the Shapeoko3 has four drivers, but two are slaved for the Y axis. But even if it were reconfigurable it would not help me. My gearmotor is actually a servo.

http://www.shars.com/products/toolholding-workholding/collet-fixtures/5c-collet-block-set is a typical set.

Even the Shars block is claimed to be within .0005" squareness, so finding the axis in Y and Z would be very easy–edge find the block, touch down in Z and adjust each coordinate by half the block’s size.

I’ve been considering getting a second Azteeg X5 mini and attaching the one I have to my Shapeoko 1 and experimenting w/ adding a 4th axis there.

@mbellon, the stepper board (in the Nomad Classic at least) is 3-axis and all 3 axes are in use.

The board in the Shapeoko3 has four drivers, but two are slaved for the Y axis.

That’s what I suspected - all full. That it’s a servo means it wouldn’t go anyway.

Ah! I see you’re idea. I like it! That’s 4 axis indexed machining. I’m used to doing 4 and 5 continuous machining; indexing is just a subset… but you’re scheme is more accurate/precise for indexed machining since I have to have all the general motion uncertainty and then have to deoend on the uncertainty of a lock at a fixed angle.

@mbellon, MeshCAM only supports indexed 4th axis machining, but not continuous. So the collet block is a reasonable way to index.

Sherline has an 8-sided collet block, threaded for its own chucks and endmill holders, but I have not been able to find a 5C 8-sided block…

I can’t wait to see this thing!

@mbellon, MeshCAM only supports indexed 4th axis machining, but not continuous. So the collet block is a reasonable way to index.

Makes perfect sense to do it that way you’re doing then.

Once my Nomad arrives I’m going to work up a BobCAD-CAM 5 Axis Mill Pro post processor for it. This package is capable of 3 axis work, as well as 4 and 5 axis indexed and continuous machining… and it is total overkill… but it will be fun!

By-the-by, Fusion 360 is capable of 4 and 5 axis indexed machining currently. They have plans for 4 and 5 axis continuous but the timing has not be announced.

Another CAM package that is capable of 4 axis indexed machining is DeskProto.

If we’re just speaking theoretically then Carbide Motion could be modified to move a 4th axis connected to a separate USB port. This would not be coordinated motion, it would be 3+1 for positioning, not “true 4 axis”.

I can’t say this has moved beyond the “Hey wouldn’t it be neat if…” stage but we’ve considered it.

I just looked at my Nomad 883 Pro’s circuit, there’s 4 stepper drivers, 3 in use, a spare Y driver that’s not connected.

If it’s the same board as the SO3, then the 4th connector is driven in reverse to the other Y-axis connection.

Ah so it is a Shapeoko 3 board, I found some pics on the Shapeoko wiki. But is it tied by hardware or can a firmware change unlock that axis?

It’s a hard wired reversing. You’ll need a different Microcontroller and board for a true 4th axis setup, or some other mechanism for controlling the additional axis.

Let’s say that we swap out all the brains and software, what are your opinions on adding one of these 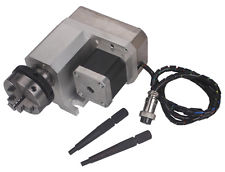 onto a bed extension of some sort, aligned with the Y axis, and sticking out the front of the Nomad a bit?

Ebay has plenty of similar things when you search for CNC 4th axis. A couple hundred bucks.