The diagram shows what is happening. Using a 30 degree V bit, set to a depth of 5mm, I’m attempting to make a V cut where the outer edge touches the inside of a defined path - in this case, an ellipse (see first diagram in which the ellipse is the red line). I choose a contour cut, set to the inside of the defined shape, but the outer edge of the V cut is displaced inwards by about 1.5 mm (half the width of the cut?) all the way round - see second diagram. In attempting to understand what is happening, I then made a similar cut on the outside of the line, and the inner edge of the V cut was displaced outwards by 1.5 mm all around (third diagram).

Is there some way to overcome this problem? I realise I could apply an offset inside the desired outer boundary of the cut, displaced from it by the width of the cut, and then make a V cut between the two lines, but I’m hoping there’s a simpler solution. 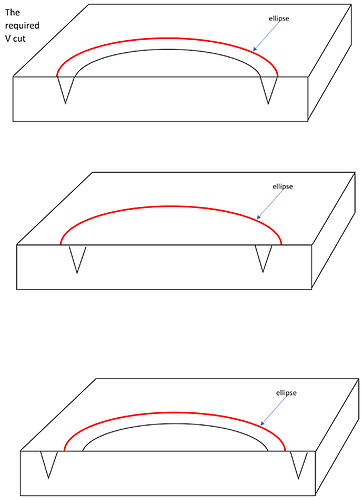 Is your bit wide enough at 5mm depth to cut to the line you want?
How are you setting the offset? Measuring how wide your bit is at 5mm from the point and setting that as your offset?

Are you using the half angle of the tool or the full angle?

Please post the file and a screengrab of what you are doing.

If you have a desired line of cut for V carving as geometry and you want to cut it, you will need to offset to the inside and outside by half the required width of cut to get the desired depth. 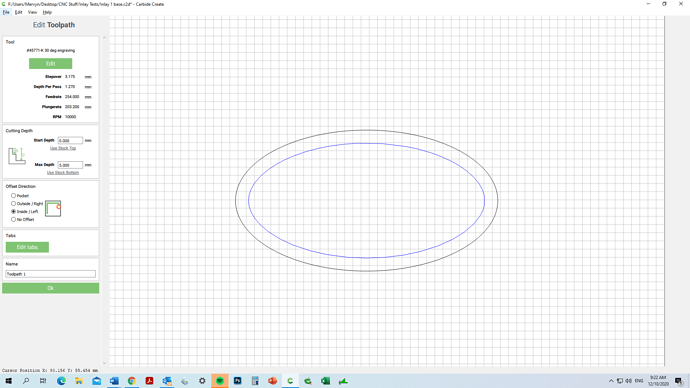 Can anyone explain why?

In principle the V carve should be exactly between your lines.
Under one important condition: IF and only if, the width of your V bit at its widest is wide enough. (not just in reality, also in the Carbide Create settings)

Trick to figure this out: Use an advanced Vcarve toolpath on this geometry, and set the bottom to how deep you think it’ll go… If you get really weird toolpaths, that’s carbide create fixing up a too narrow tool

OH and I just noticed that you’re not making a VCarve toolpath, but a contour toolpath. Try selecting both ovals and make a vcarve toolpath

Draw up a side view of how your endmill is cutting — imagine one wants to cut along the point of the triangle (which represents the endmill): 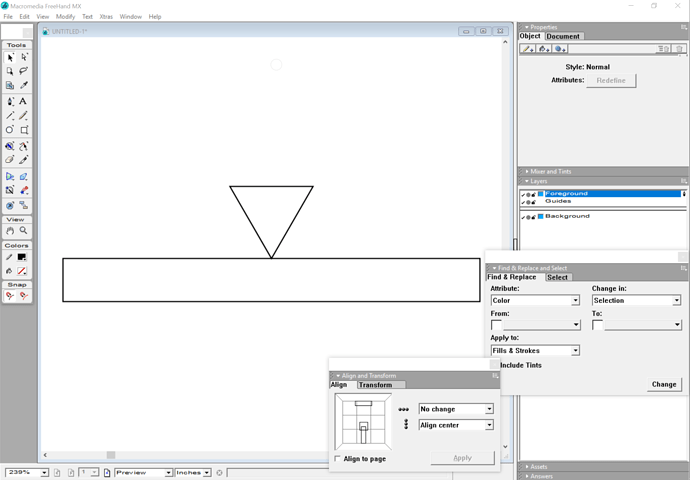 as the endmill descends it becomes obvious why offset must be equal to inside/outside: 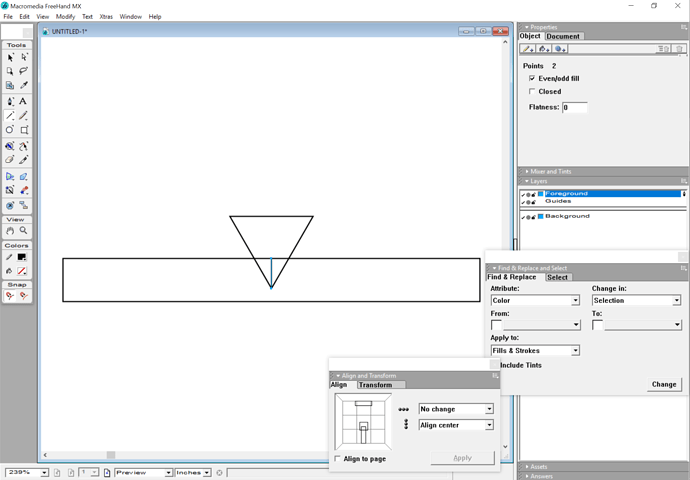