Well it points to having to keep an eye out for any failure and change them more often but it may still be a good option for those who require a high level of precision.

Maybe keeping track of machine and/or spindle cumulative run times with something like this would help? 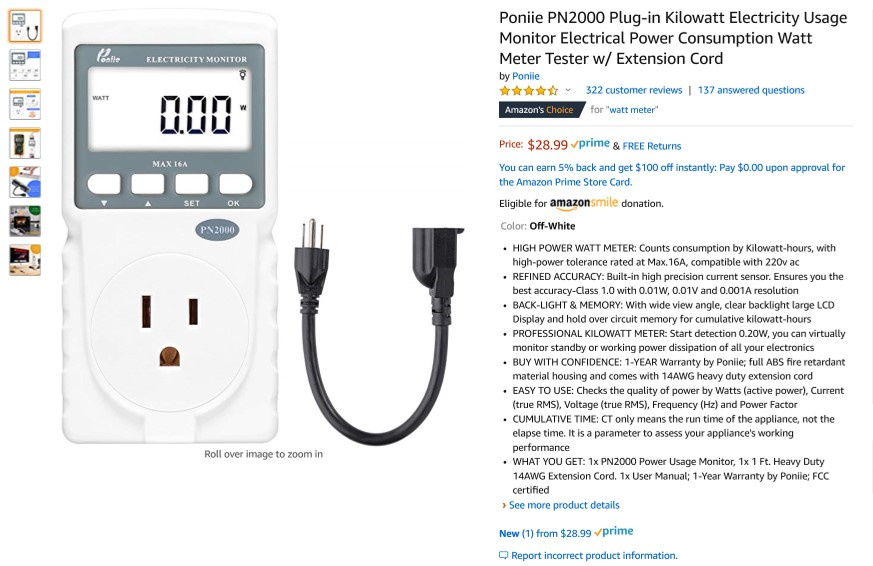 Also, maybe Gates’ newer GT3 belts are better than their predecessors? Is everyone using/evaluating Gates (vs Chinese) GT2 belts?

Would love to try the GT3 belts, but have not had an opportunity. I do have a 110v hobbes meter set up on my router switch (cheap, easy)

I don’t know - they seem to have actually worked quite well - “not practical” is maybe a little strong. The fiberglass belts stretch pretty continuously. The steel don’t, but eventually give up. Kevlar has worked pretty well for me.

Sounds like Kevlar belt testing would be worthwhile. Do you have a particular brand and/or source?

Hey folks, thanks for being patient as I get this done.

I did not pursue the cyclic testing for now as I was not sure whether the failures in the field were due to tensile loadings or from stress of rotating around the pulley. If it’s the former, I can test it simply, if it’s the latter, I don’t have a good way to test that.

I did run the tensile loading measurements and wanted to recap what @AlexN found.

Procedure
I loaded the belt into the grips of the machine, ensuring 150mm of distance between the grips. I then loaded the belts with varying amounts of force from 5-40lbs (at 50lbs-f the belts started slipping from the grips).

The full data is below. So while my values are higher than Alex’s, the trends are the same. He measures the steel-cored belts at 52% stiffer while I measured 55% stiffer. We can chalk that up to experimental error. 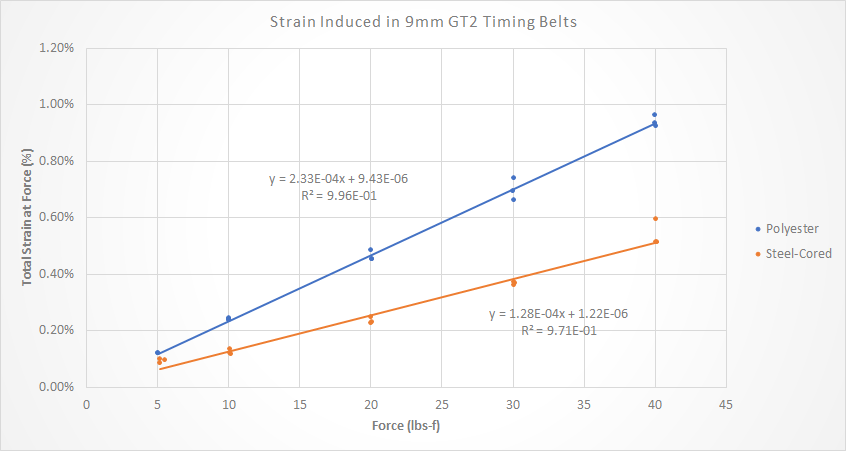 Great data, thank you! My measurements were not very precise - I was marking the stretch with pencil lead about the same width as the stretch and doing my best to eyeball it - so I’m not surprised we differ, but have a similar trend.

The amount of stretch was definitely a surprise for me. In hindsight, it seems obvious that the belts will stretch, but general consensus on the forums seemed to be that the V-wheels, frame, end mill deflection, etc. were more of a problem.

I’m building a new CNC from scratch (for fun… nothing against the very nice SO3), and switched the design from belt drive to ball screw due to belt stretch. Before this, I had assumed belt drive (with steel belts) plus linear rails would get me the majority of the way there.

Before this, I had assumed belt drive (with steel belts) plus linear rails would get me the majority of the way there.

All depends on where you are trying to get. While I have only be running linear rails + belt drive for a little while, I have been very happy with the results. However my demands and criteria for my CNC needs are probably not as high as yours, especially with the cut parameters you mentioned at the beginning

Would be interesting to see how kevlar belts stack up. From my limited research it sounds like it’s elongation characteristics could appear to be higher lower better than steel or glass fiber but I couldn’t find actual numbers - let alone in a “timing belts” application.

I checked the other thread about the steel belt breaking and then clicked on this link to get some kevlar belts, but the price seemed higher than what was in the other thread… Did you pay ~$6.50/meter (x10 meters) for yours with $11 shipping (so ~$76)?

Also, I still really dislike the threads close after one month… I still had relevant info to add to the other thread… 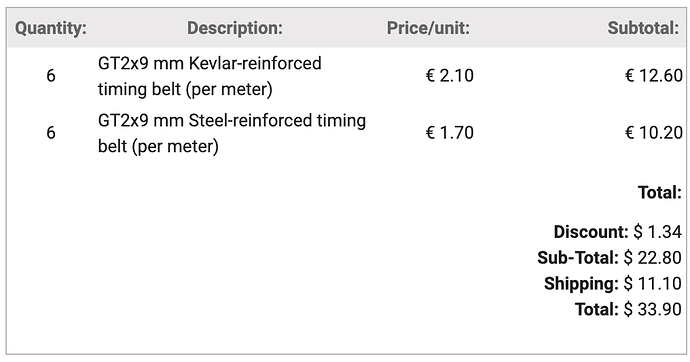 If you want to continue a thread, just flag it and we’ll see if it should be re opened.

The shipping was the cheapest available to Cedar Rapids IA…

This is the best I have found for comparison 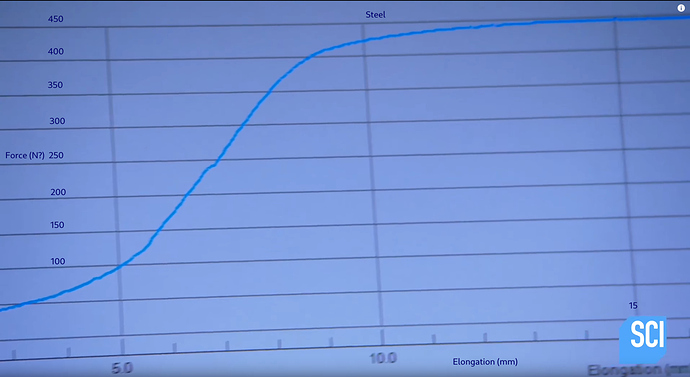 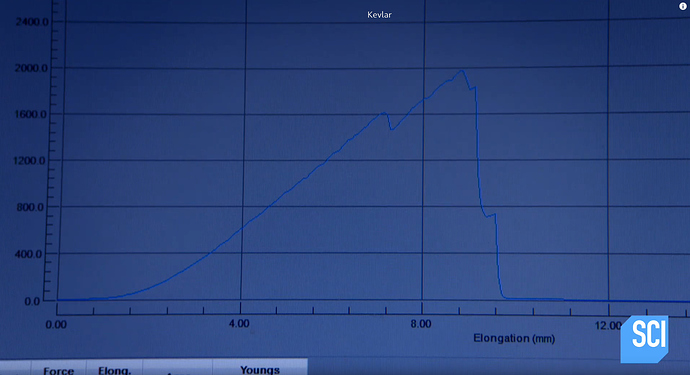 Of course this is just pure steel vs kevlar, the timing belts we’ve sourced will have additional variables (quality of materials and manufacturing, quantity/weight of steel vs kevlar, etc.)

Ironically enough, that’s what I’m doing right now with the Kevlar belts. I plan to have it done this week since last week was exceptionally busy at work.

Hopefully see some similar results though

Thank to Dan for sending me the Kevlar belts, I was able to get this done and analyzed.

Equipment
I used that same equipment as before. See my previous post above.

Procedure
I loaded the belt into the grips of the machine, ensuring 150mm of distance between the grips. I then loaded the belts with varying amounts of force from 5-40lbs.

Results
The Kevlar belts are potentially not as resistant to stretch as the steel belts but they are very close. I can’t say for certain that they are anything less than slightly stretchier than the steel because the statistical differences are small.

The charts and trendlines I used are below. I changed the graph from the prior one because I realized the data at 5 lbs is noisy due to the machine reaching it so quickly versus the higher loadings. I also forced the linear regressions’ intercepts at zero since at zero stress, there should be zero strain. 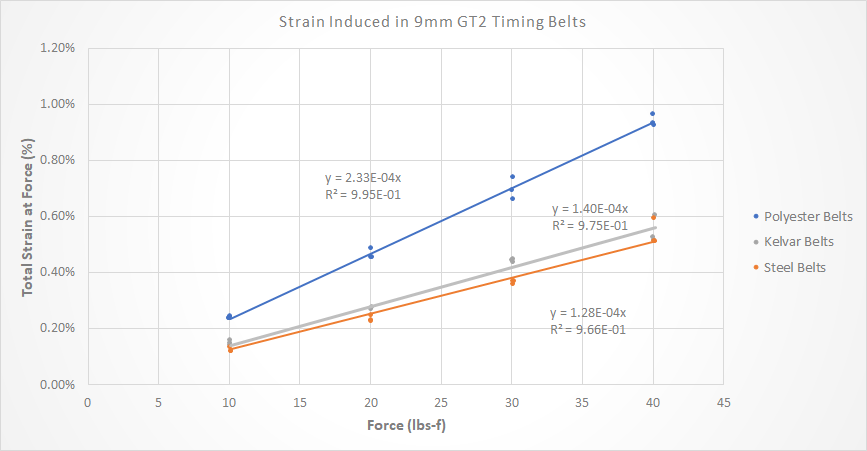 @The_real_janderson Can you switch your axis on the plot so we can get Youngs from your regression line? Since you used a standard gauge length it would be easy to directly compare stiffness!
Never mind… I need to learn to read, @gmack did it. My bad

Still though it would be cool to see it, if time permits !

Is 0.035mm/m/lbf a BIG difference or does that mean there isn’t significant difference?

It’s only about 8% of the overall stretch - not very significant!

It doesn’t seem very significant to me. I read that as steel and kevlar being interchangeable in terms of stretch.

There’s other differences worth considering: cost, availability, and durability (is one more prone to snapping, fraying over time, or permanently deforming?). I don’t know the answers to those.