So I’m fully aware if Inkscape and the SVG conversation on Carbide Create but is there any other software that does it better?

The conversion in CC is ok, Inkscape is better but id like one that’s pretty accurate to the photo I choose.

The other notable software for auto-tracing is Adobe Illustrator if you’re willing to accept a monthly fee for software.

the photo I choose

Post any files you are having difficulty with either here, or to support@carbide3d.com and we’ll do our best to look into them with you.

I’ve used this one for a while. Its free and seems to do a pretty good job.

I second that.
Convertio has been pretty helpful …so far.
Darg and Drop the image and select the conversion,…done!

Thanks, and Hi and …yeah, Drag…

I knew what ya meant lol

Convertio doesn’t have any controls, that I know of, so either works, or works not, depending on the image. Super Vectorizer 2 only works for Mac. Something I just found and worked really well on my first couple of test images is a web app called cutecutter.com which is intended to help people make SVG files from JPEGs for Cricket Cutters (2D razor cutters for vinyl and paper.) I don’t have a lot of experience with it, but it just feels right having 4 control sliders that do exactly what I want and a way to eliminate the background of the photo so you can work on just the person or car or whatever that you want from your photo. Also they have some very basic but useful vector friendly paint and fill operations to clean things up as needed. One thing I don’t understand is who created this thing and what their intent is. Eventually they presumably want to make a buck somehow, but maybe are working to increase their numbers before monetizing. I’d be happy to throw them a few dollars. If other people are as happy with it as I am, Carbide Create might want to reach out to them and consider ways of working together. It seems to be in beta and has been for a while. This svg, which I hope I can attach, took all of 5 minutes to make from a random jpeg. [Edit] OK. After playing with this app a bit more I see that it is trying to create a very woodcut feel to the resultant SVG rather than just doing a straight grab of the image in the JPEG. If you happen to like or need this effect, it is very good. If you were more trying to grab technically what was there, like a font or outline, then it isn’t going to work so well. Still pretty good for natural photos because the pure technical grab like from inkscape rarely looks good.

There is a newish App on iPad and Mac, VectorQ which has worked very effectively for me. It will depend on your images and expectations. Knowing of the possible list of such ‘helper’ applications for the CNC context is really useful.

As an aside… You should ideally have the image square to the camera lens. The image should be created on axis with the lens.

I suspect this photo was taken from an object in a shop that the OP wants to recreate. Looking closely at the photo, it looks like a stencil made with wood stain, rather than a CNC’d pocket or anything.

Since there are lots of people selling this particular sign, there’s also lots of images of it that are flat: 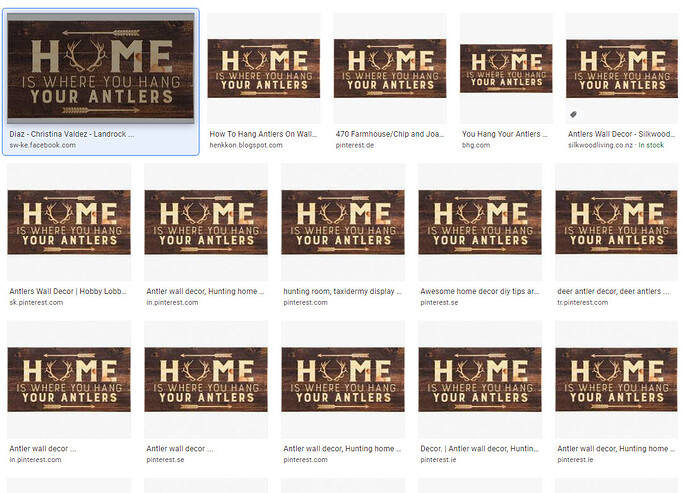 I’d recommend starting vector tracing with this one instead, though it’s still probably going to require a lot of clean up or preprocessing: 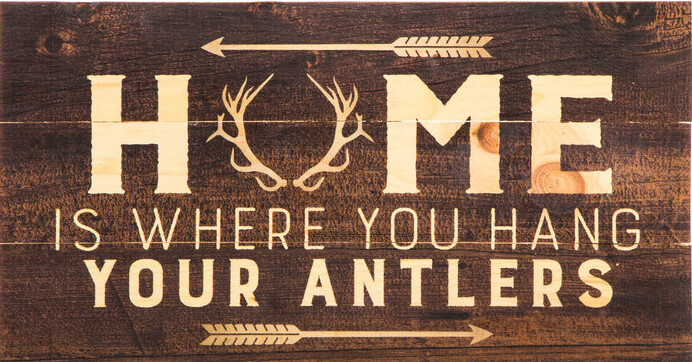 Another possible solution, since this is such a simple item, is to recreate it from scratch using SVGs of antlers, arrows, and some suitable text. Then it could also be styled somewhat to make it stand out from the crowd

Not a bad approximation/interpretation. It’s clear the original artist and @jepho’s surnames are not “Fletcher”, however

I have used this program before with success. It allows for more adjustments . It was a free service, but now there is a very minimal charge per conversion. It makes it well worth the time. https://www.vectorizer.io/ its from Germany

I’ve been developing a program called PixelCNC which can trace images to be used to generate other shapes or directly used as cutpaths - or used as cutpaths that are fit over images/models.

I just discovered this free vector program for doing other vector-y things. I’m in love with it… very intuitive with great tutorials. It exports in SVG, so might suit your (and my) CNC needs.
https://boxy-svg.com

Just skimming this and I’m not sure I see this defined:

…but is there any other software that does it better?

Can you point out what makes Inkscape/CC “less better” with some specifics?

Whoa, you’re the developer of PixelCNC?!? I had no idea you were a part of this community. I’ve loved using it before and I’m excited to purchase it for myself this year when I plan to make a number of topographical maps and carvings.

looking at the projects people are working on most of the time. I’m always looking for feedback and suggestions for PixelCNC so feel free to send any ideas you have my way and I’ll see about figuring something out.