Included screen pics, I am trying to replicate Apollo’s tabs in his toy wheel design from his reply to my “I made tabs” post in “how to”. When I pick my 2nd object the boolean commands show up (3 of them). When I pick a 3rd object than the 3rd boolean command disappears. When I choose the 2nd boolean command than the 3rd boolean command reappears. I am having difficulties making the tabs that Apollo has in his drawing. Maybe that’s why??? I am using Carbide Create in windows 10 on a Dell latitude L6500 laptop with a NVIDIA graphics card. I don’t know how to pull more detail about the graphics card. Windows has been updated 2 days ago, long overdue. 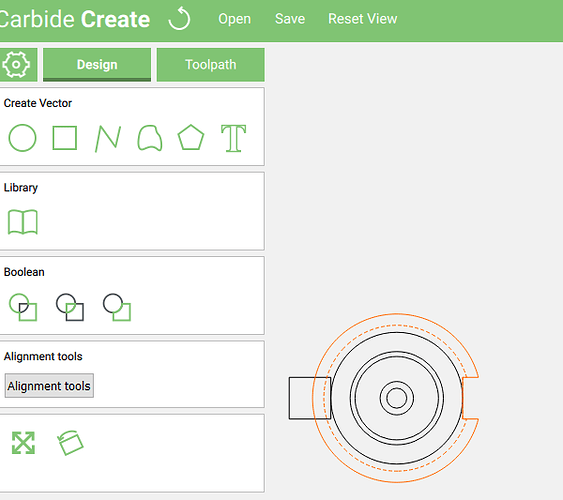 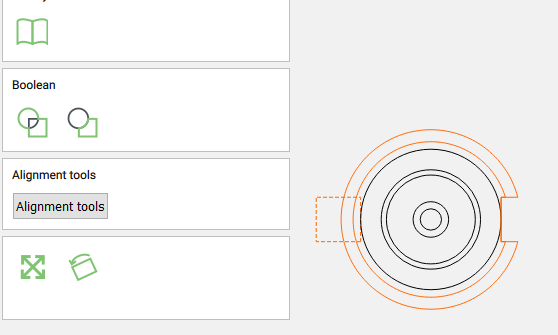 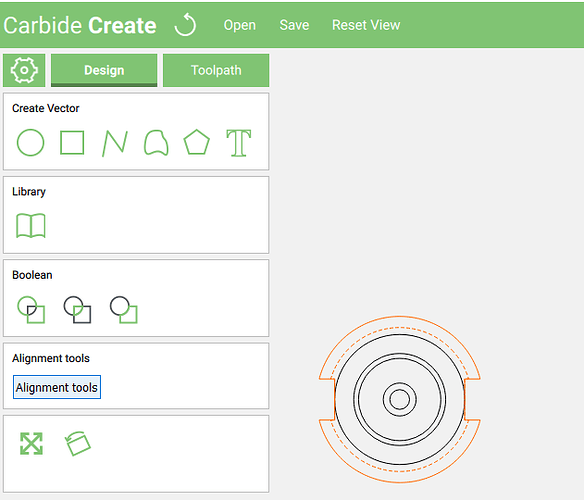 Could you please work up a specific set of instructions (maybe using a sample file?) which describes at each step:

Do this in step-by-step detail so that anyone can follow along and replicate it, and send it to support@carbide3d.com and we’ll give it to the developer to look into.

In the meanwhile, my suggestion would be, whenever one bumps against limitations in Carbide Create, just switch to and use a vector graphics editor such as Inkscape (I use Macromedia Freehand for pretty much everything which I can’t program in Asymptote or METAPOST or raw PostScript).

You will need to do some experimenting to get the result needed for your specific design but here are some tips:
Adjust your grid spacing to allow for optimal object snapping.
The Boolean result will depend on which shape you select first.
Make copies and snap the geometry back in place for multiple step boolean operations.
Use the CNTRL + Z button to undo.

I’m sure it’s my learning curve, need a guard rail and a parachute. I have never mentally used a boolean before. One problem w/ cad is you can forget the math and still draw the geometry. I’ve forgoted logarhythem (sp?) and I draw two circle and rotate them until the intersection point is identical to 8 decimal points. Seems long but sometimes its not. Now I need to gain the mental on boolean, so like Will said I’m taking notes and screen picks. HaHA I made the wheel tab and the wheel pocket. Just to to understand how I did it. Thanks Will and Apollo.