I needed an easier project just to accomplish something (getting bogged down with a line drawing / relief model of the Notre Dame Cathedral west facade), so I decided to start on a 1/2 scale Captain America’s shield.

First the spherical curvature via a three point arc and some added thickness to make the edge stronger: 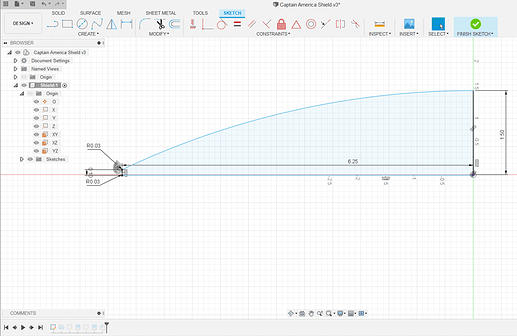 The revolve to a full circle: 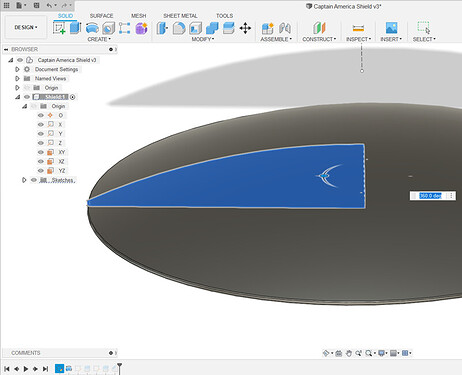 I then drew the circular features on the back side: 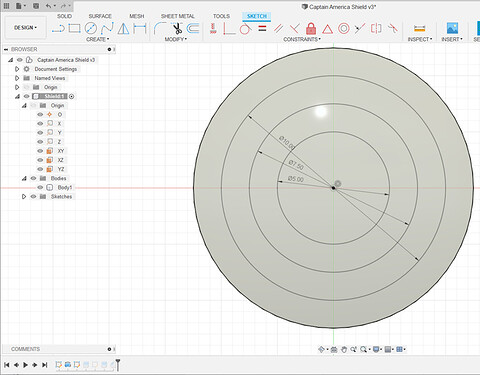 I wanted to then project these profiles onto the top (non-planar) face, which sounds straight forward in concept, but I couldn’t find an easy way to do this. I ended up just using the Split Body feature to break up the solid into multiple pieces: 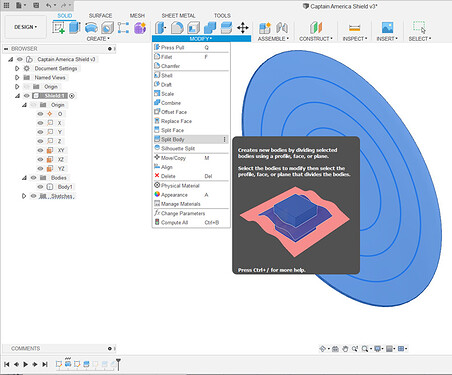 Draw the star on the backside as well and then later Split Body that: 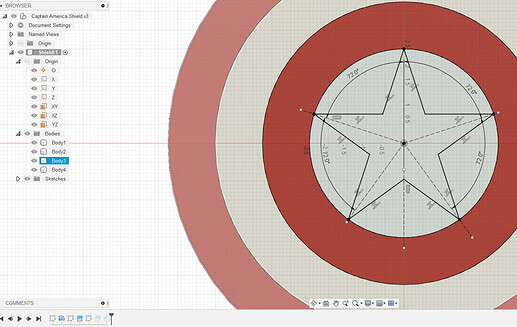 For the CAM part, I suggest a ballmill or bullnose for the large surface and 3D “Project” to trace out the features on the front of the shield. Actually the CAM 3D “Project” function can work directly from the Sketches, so one wouldn’t actually need to do all that Split Body steps, but I like seeing it in the rendering and it is not much work in any case. 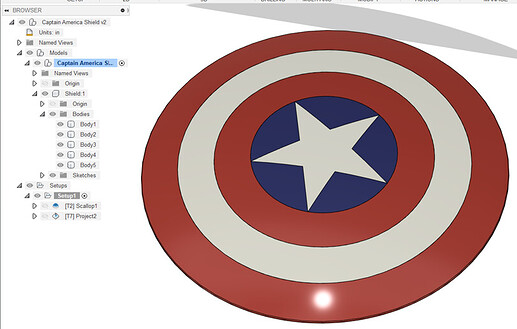 I hope this gives people some ideas on the CAD and workflow.