Can Carbide cut a spiral and offer a progressive depth of cut? 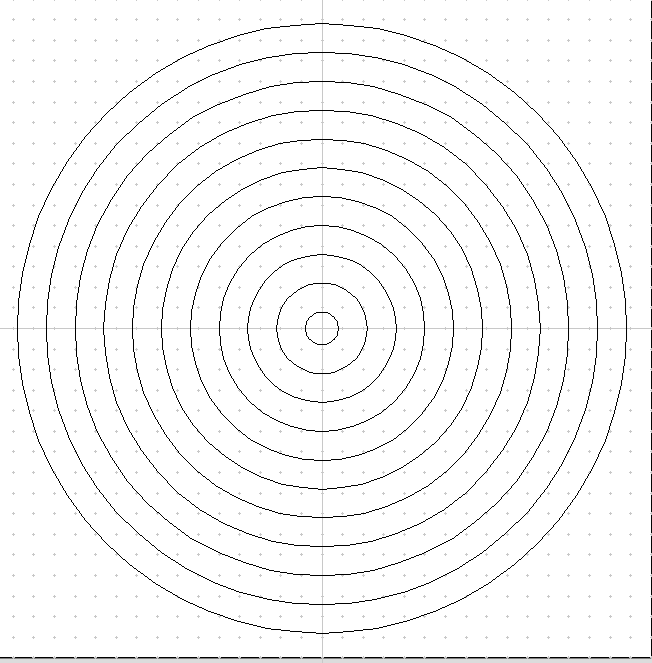 image652×663 12.2 KB
What I am attempting to do is to create a continuous spiral whose depth cut gradually deepens to allow for a marble to self motivate within the spiral track. Thinking of a marble game or a rube-golbert type of whimsical device. Ive got the circle tool and the Offset tool , but scratching my head on converting circles to spirals if possible.I am using either or carbide create or vcarve desktop. Tom
WillAdams (William Adams (Carbide 3D)) February 7, 2022, 3:10am #2

No, Carbide Create does not support this at this time. Not sure about Vectric Vcarve.

I’ve put in for this as a feature request — allowing cutting a contour at an angle would enable some interesting design options.

The only way this could be done in Carbide Create would be as a V carving which was drawn as a closed contour and which was defined using a continuously narrowing contour.

If you defined the cut as a no-offset contour in Carbide Create it would get exported as a series of straight line moves — it should be workable to either edit by hand (tedious) or write a program to edit in the Z-depth to have this increase the Z-depth for each successive line — at that point though, you might as well write a program which would do this directly. If you’re interested in that, what programming languages do you like to work in?

Macromedia Freehand did have an Xtra tool for drawing such spirals: 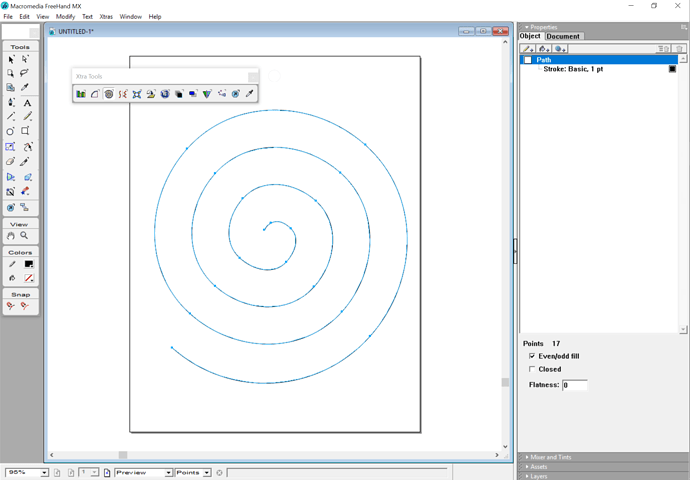 which had a pretty cool interface for defining how they were drawn: 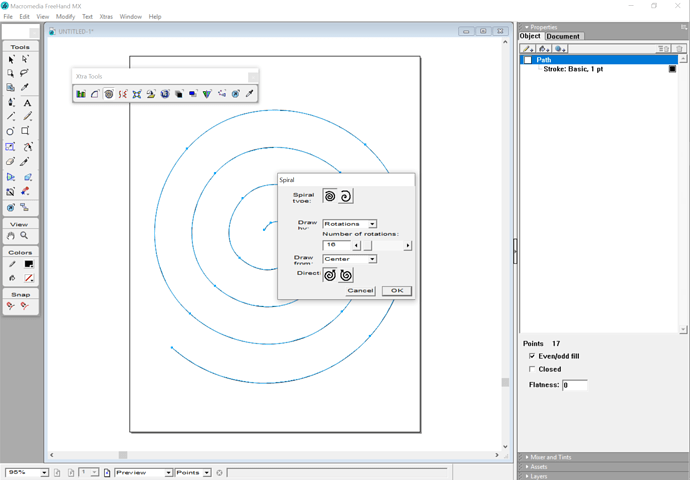 which would import as:

and which imports into Carbide Create fine: 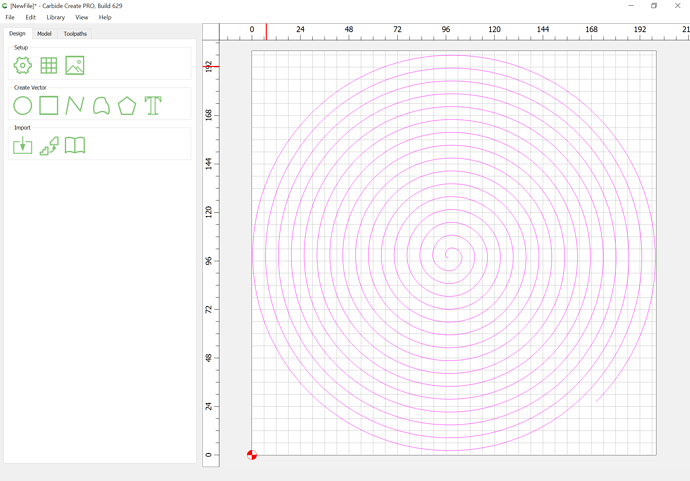 For the VCarve side of this, it’s possible if you have access to a 3D model of an inverted cone, or can make one.

Here’s a possible set of operations using tools that are free except for VCarve Desktop.

Make a spiral in a similar manner that @WillAdams suggests by using the spiral tool in Inkscape: 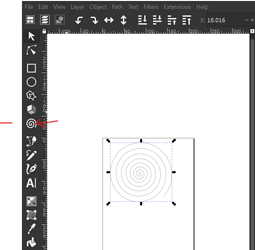 Pop the following code into the genius that is OpenSCAD:

Adjust the heights and radii to suit, then hit F6 and export it as an STL. It makes something like this:

In VCarve (I used VCarve Desktop), import the STL into VCarve and then import the spiral SVG made in Inkscape.

Then create a profile toolpath for the spiral and click the “Project toolpath onto 3D model” checkbox.

You should be able to end up with something like this: 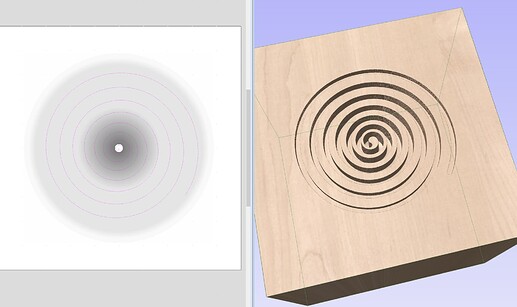 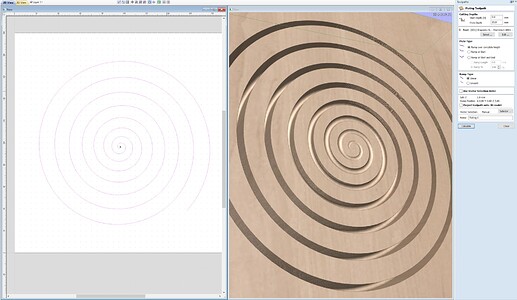