Can not communicate with Shapeoko 3

Issue: New to CNC and Shapeoko 3. Purchased a Shapeoko 3 at Christmas and just finished putting it together today. I have downloaded Carbide Motion and Carbide Create. I cannot communicate with my Shapeoko 3; no jog – nothing; I see a small little red light blinking when I attempt to communicate with it (e.g., move/jog the unit).
I have a surface 2 and a windows 8 laptop. Anybody have any suggestions? I have attached some pictures in case I have wired something wrong.
Currently, trying the use “Download Shapeoko 3 - Hello World file” with no luck/joy.
Please help. 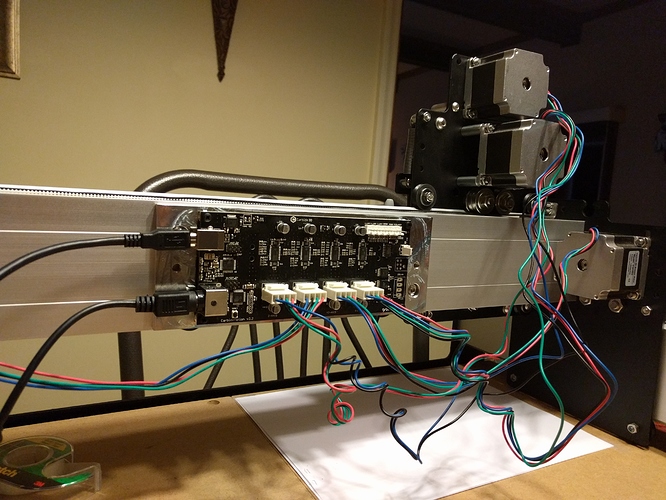 Will, Thank You. By slowing down and reading has helped me out as well. My issue was the wrong baud rate; 9600 was the default and once I set it to 115200 it started working, but, not with Carbide Motion. I use Universal GCode Sender v 1.0.7 to initially communicate w/ Shapeoko3 not Carbide Motion. However, once I stop using UGCodeSender and fire up Carbide Motion, it will work? Something to troubleshoot later on.
Right now, when attempting to run a ‘hello world’ to test my machine’s basic functionality, I’m having the z-axis motor pop/slip several mm’s while lowering the pen to the paper to zero and start the “hello world” test. I’m going to have to double check all my nuts and bolts.

Not sure about Carbide Motion not working. If you have a Carbide 3D unit it should. If it doesn’t contact support@carbide3d.com.

The z-axis problem is probably insufficient belt tension — I had to use a small pry bar on mine to get adequate tension: http://www.shapeoko.com/wiki/index.php/Shapeoko_3#Belts

Again, money advise. Tighten the belt up and my Shapeoko3 is is working. Wait…my “hello world” test is backawards? 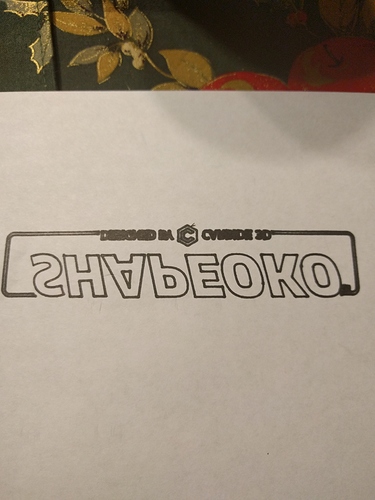 I fixed my problem by swapped y-axis motors connections on the controller board. Calling it a night. Next step is rigging up the router and whipping out a home made project. I hope? 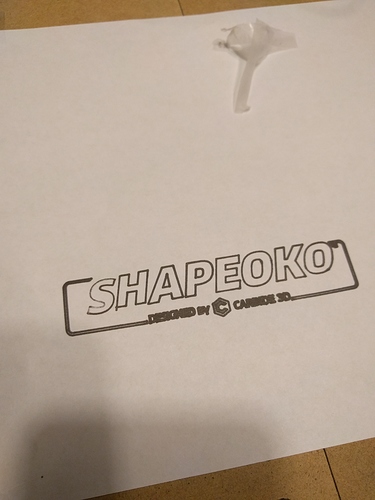