I installed Carbide Motion 428 last night. I see the checkbox to use the HDZ, which I have. Does checking the box also now change the usable workspace to take advantage of the narrower HDZ? I use the Suckit dust boot which is wider than the HDZ. Will I crash?

Are you using the standard spindle mount? If so, you should be fine.
If you are using the heavy duty Carbide spindle mount and your suck it dust ears are on their widest installation position, you will crash into the left Y assembly when rapiding to NE, W OR SW

@WillAdams: what do you mean by “it should”… it should crash?

Is the 427 fix to tweak the cutting area = allowing the HDZ to move a little further out because of its narrowness? Because that’s what I’m worried about.

It should address the differences in dimension — I don’t have an HDZ yet, so a bit hazy on the specifics.

I guess I’ll try it tonight see what happens.

Yes I have the same concerns, I just installed the ears and SuckIt the right (east) side is protected by the homing switch, the ears touch the left (west) side of the gantry. I did not power CM, waiting for a confirmation that it is safe to do so.

Confirmed crash. With “use Shapeoko HDZ” checked, the Suckit mounts crash into the left & right gantry plates. So:

Have you tried 428, the newest version of Carbide Motion?

OK, I was not sure as you mentioned 417 and 426. I don’t know if you have the the homing switch attached to the right ear this brings it further out. You are supposed to install the switch in the holes in the middle, between the holes for the suckit. The instructions are not clear, I had to scratch my head understanding them and there are no photos to indicate clearly.

It’s happening because of the change made and released in version 428. It was fine until I installed 428, and it’s fine again now that I reverted back to 417.

OK so your X switch installed properly on the right ear like this? 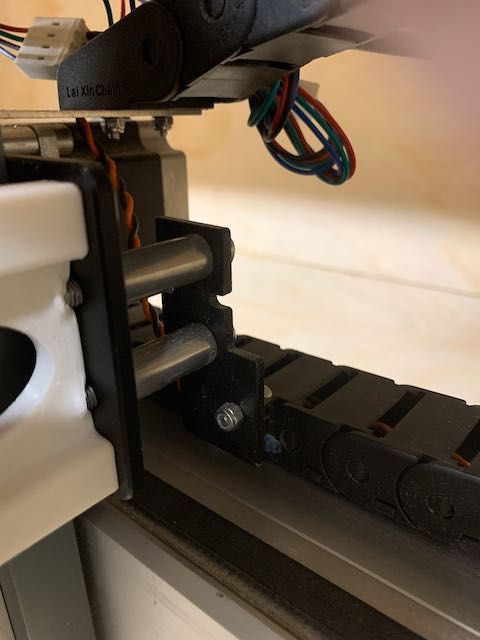 IMG_2024480×640 30.3 KB
I’m surprised it would crash on the right side if the switch touches first. On the other side however, there is the possibility for a crash. 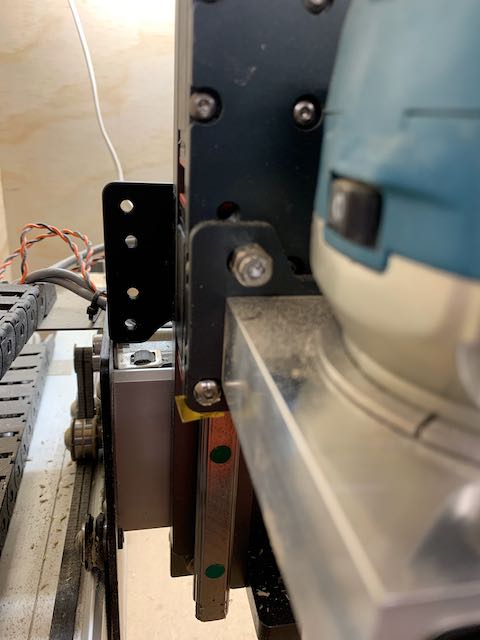 Interesting however that 417 works properly. Maybe @robgrz can explain.

I have the PWCNC with the wide rails added (probably close to the Suckit brackets) I think about 20mm width on either side. And with them on the machine, YES IT WILL CRASH LEFT AND RIGHT USING THE RAPID POSITIONS. It homes correctly, but even homing correctly, it will run into the right side of machine. I really don’t understand that, but it does. Left side Yep, crashes. Oh, and I was running a test file with my z up about half way and it crashed the z (lifted to move) and I’ve a broken limit switch now. I liked those switches, but if they are that easy to destroy, I’m swapping them.

Well, that’s not good. I guess we have to stay away from the presets until there is a fix. I understand that you are using PWCNC which is not a Carbide product but I would expect the HDZ with ears, that are, to work properly. I was waiting for @Brian to complete the tests but I will test on my machine tomorrow to see if I get different results and in the meantime @robgrz or @Luke will chime-in, maybe something needs to be done to prevent these crashes.

I’m not at my machine but I’m 100% sure that my Suckit is installed properly.

It has to be fixed. Two checboxes - one for Z and one for X The company and software should support any accessory that fits within the standard Z plate dimensions.

Yeah, I’m going to go back to 417 for a while, It works, and I don’t need the extra room right now. a few mm is not worth me stripping out the belts.
One thing that I was working on was seeing if I could use Aspire with the Post Processors that have been posted here offering multiple tool changes. And Yes they all work. So if anyone is wondering is Vectric products can export multiple tool paths and have CM work with them all, Yes they do. Can’t wait on the Bitsetter…And I’ll then have to revert to 428…

OK, I have tried 428 with the ears and it crashes both sides when you use the rapid position E or W sides. I made sure to resend the config data but it did not change anything.

Since no-one knowledgeable from Carbide replied here, I’m going to send a message to support.

Thanks. Kind of strange no one programming the limits thought of the ears…

I thought the same thing.