Carbide Motion: Could you add a timer?

Could you add a timer that can tell me how long a job took?

I’m building 20 copies of a project that has 9 parts, all of which have multiple operations. Some of these operations take more than an hour. So what I typically do is set a timer on my watch, and then I can go do other things until my timer goes off. Then I go back out to the garage to load the next blank and start it up again. This has become a daily routine!

It’s the initial determination of the operation time that’s the trick. It’s not terribly hard, mind you, but I just thought, if they added a timer to Carbide Motion, then it could tell me how long the first one took. Then I’d know how long to set my timer for the other copies.

So while I’m daydreaming, could Carbide Motion send me a text message when it finishes a run? Ha, that would be awesome!

Or how about this: Does the Shapeoko board have any spare ON/OFF outputs that could be activated and deactivated by Gcode commands? I could connect them to external relays in order to turn off the DeWalt router and vacuum cleaner automatically when a job finishes. And I could wire up some sort of alert to tell me it’s time to go out in the garage to load the next blank!

While it is possible to add relays to power accessories on / off, we must ask that you not use this facility to allow unattended operation. It is intended only as a convenience for automating the machine while one is directly running it.

Please see the Machine Operating Checklist for our official stance on this: http://docs.carbide3d.com/article/41-machine-operating-checklist

Using this relay box connected to the spindle pwm output on the board, you could do this pretty easily. Not sure if this has enough current capability for a router and a big vac, but you could use two of these on the same output of the board if you had to. 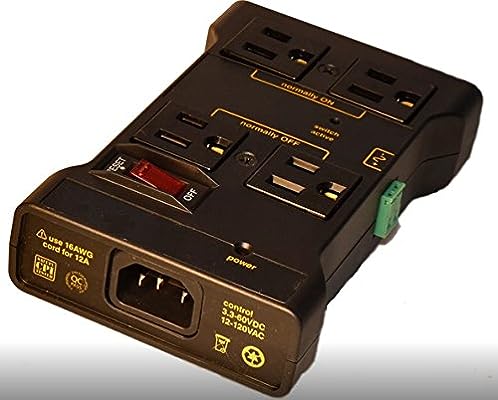