I have a shapeoko 3 and am using carbide motion to control it.

Last year Carbide Motion (416) was working perfectly but after a year of no use the PC died. When I downloaded the new version of Carbide Motion (521) on a different PC I can connect to the shapeoko and load / run .NC files but when I try to zero it using the Jog feature it moves maybe 5mm then fails to move the router and simply says Busy.

I tried to use rapid position and again it moves 5mm and freezes. When I go into Jog the router goes to the top right until it reaches the microswitches and moves backwards 5mm as it should.

I can tell the router to move using MDI and command it to go to positions and zero the machine this way but it is more awkward typing in co-ordinates than just clicking left / right / forwards / backwards.

Thanks in advance
Billy

Please send the machine configuration per:

If that doesn’t help, let us know at support@carbide3d.com and we’ll do our best to work through this with you.

That seems to be the problem. I have loaded the default size of the shapeoko 3 and its now working.

Thanks for the help! 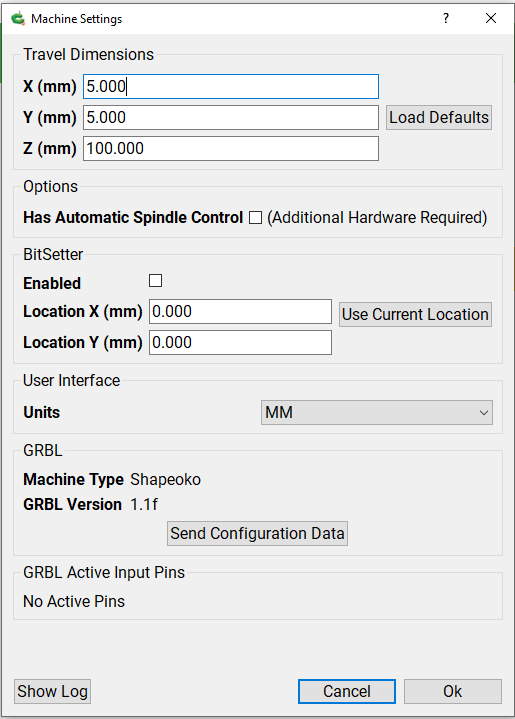