I had connection issues but it was a simple fix for me.

I had connection issues but it was a simple fix for me.

This is important information! How long has it been in place? No problems since?

Could you please describe your setup - Mac or Windows, What version of the OS?

Do you have an pictures of the board edit?

Win 7,been in place for around 3 weeks. Run 14 jobs now with no issues.
That and grounding the spindle clamp has eliminated all my issues.

Thanks for posting this information! C3D can jump on this - maybe talk with you - and see if the data is relevant to the hangs and stales others are reporting.

Why did you add the cap? Did you have 'scope or other data? Where did you run the ground from the spindle clamp to?

Grounding the spindle clamp. Interesting… I wonder if the spindle is generating or picking up charge from the cutting. Sufficient charge and weird things could start happening to signals.

Did you try one of the changes first or do both at the same time? If the former, did things improve?

I definitely have to agree with the Home button. That would make things so much easier. Also a feature that would allow you to run the same job again in case something happened and you needed to make another pass.

The fix was discovered by aspurgeon on the SO3 forum in this thread. http://www.shapeoko.com/forum/viewtopic.php?f=4&t=6545

The spindle clamp is wired to the GND pin of a household plug.

And +1 to the home button,bCNC caters well in this regard…

Just ordered some capacitors. Thank you for sharing this info!

Im not telling you how to suck eggs but make sure the polarity of the cap matches the polarity shown on the board. Its…interesting if you dont.

Capacitors arrived today: can you post a clean shot of that install please? 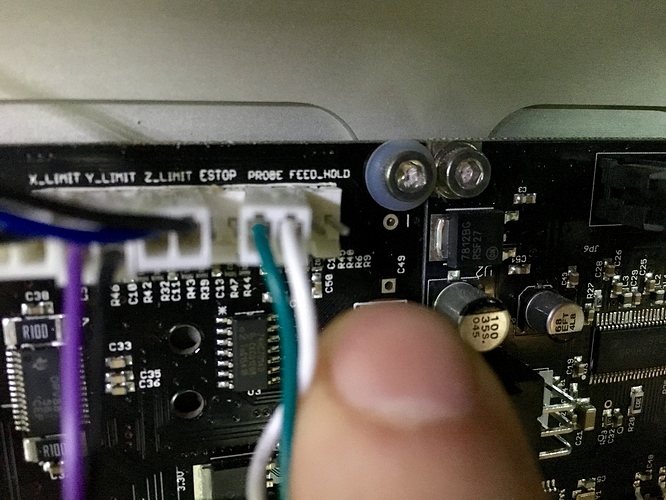 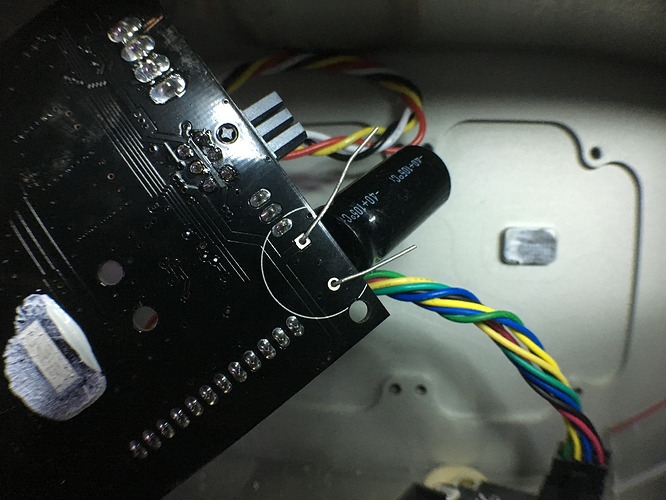 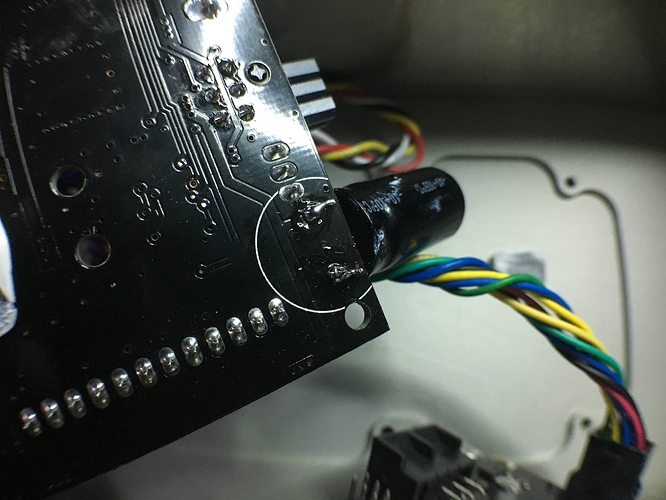 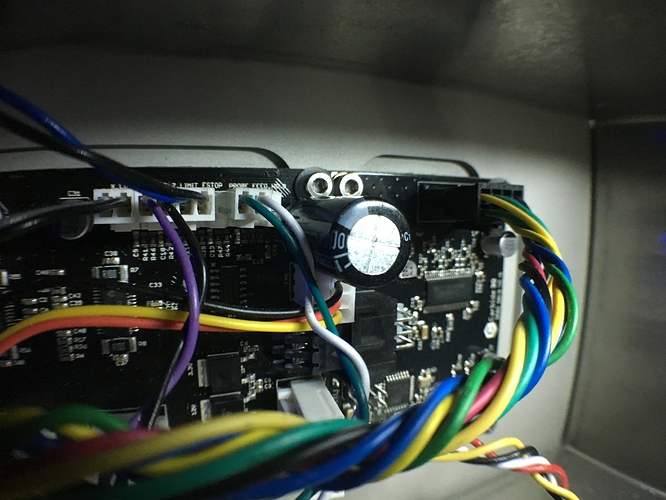 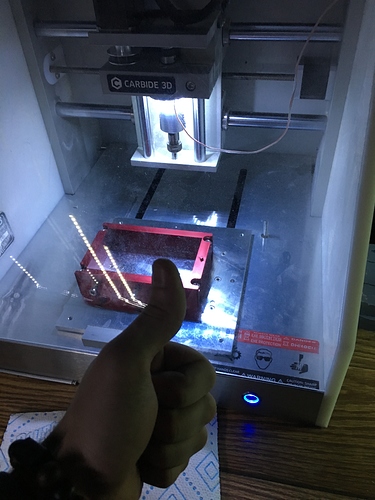 If a mod or Admin can break this thread into 2 threads that would rock…I don’t want to hijack the Features with this fix, but it seems to be working incredibly well.

Good stuff and yes,its that pad.
The electrical noise is noticeably quieter as you have discovered.

That fix was for the 2.3 and 2.3 boards,anyone with something else needs to be wary of where they put it.

Last question; where did you link in to ground your machine? @B_NEGATIVE

and: running through a UPS, should I ground to that source or wall outlet? #edit

I grounded the spindle clamp to the Z then the X/Y/Z to a single point then off to a GND pin on a domestic 3 pin plug with the live and neutral pins pulled out. All on the same power strip with the machine,PC,Spindle and Vac.

Still running like a champ,finished a 5 hour job with Alu yesterday…shame I had to scrap it as I got the tool offset wrong and drove the chamfer tool 1mm deeper than I wanted. 3 stage,2 tool changes and not a blip.

I am getting to the stage where its case closed on the glitches,just fitting a shielded enclosure to keep the swarf out and she is done,I even leave the machine unattended for short periods now,unthinkable before.

@iamhankodonnell Did the job finish okay?

The first one did fine, the second job did not (spindle stall - stayed at full RPM). I wanted to stage the fixes and see. I’m about to ground the Nomad now. @B_NEGATIVE

I’m not a sparky and want to get it right.
I d really appreciate that. Thanks Martin