So the new iPad Pros were announced, and they will have the new M1 SOC, the same chip as the current MacBook, and upcoming MacBook Pro.

This should mean that we could run Carbide Create and Carbide Motion on the iPad?

How hard would it be to “port” those programs, especially since Apple has opened up the APIs for running iOS programs on the Mac, and vice versa?

Any plans for this?? Pretty Please!

Mac OS programs won’t run on iOS devices until such time as Apple makes the full Mac OS, or provides some mechanism for such apps to run unless they are ported over to iOS by the developers.

Developing versions of Carbide Create/Motion for iOS is pretty much a non-starter — we’d have to send Apple one of each machine to test the apps w/.

Until then work-arounds are:

One option that seems straightforward for Carbide Motion is to reenable the web interface, particularly since it runs on a Raspberry Pi now.

I would prefer to run it on the Raspberry Pi headless, and drive it from my browser.

As cool as the web interface was, it seemed to have been rather problematic from a development/support standpoint. Why not use a remoting tool such as VNC?

Well, because they can be laggy and require the target computer to have a screen, I guess. And don’t often support multiple devices connecting to them.

Interestingly, the new VNC screen scrapers are faster than the old X11 mechanisms, despite the latter just sending draw instructions. Compression, and only sending pixels that change, tends to be faster on modern UIs that now have more images and the like.

It’s a shame the web service is a development problem… it should be simpler to make than a program with a GUI. They need not make a UI… just provide a http REST service that receives and returns JSON. The community would do the rest

With Mac OS 11, they will run iOS apps…and with the new M1 hardware, in both platforms, I would think it would be fairly simple to design an app that will run on both. Even if you have to use the “passthrough” feature. Sorry, the actual name escapes me at the moment.

I’m not sure what you’re saying. That you would have to send in an actual CNC machine? I’m pretty sure that is not correct, but I’m willing to be educated. It’s been several years since I gave up my Apple Developer creds.

With Mac OS 11, they will run iOS apps…and with the new M1 hardware, in both platforms, I would think it would be fairly simple to design an app that will run on both.

There’s no macOS app that runs on iOS at the moment, and no way to make it so. You have to make an iOS app and then let it run in a iOS mode on macOS.

Carbide3D doesn’t have any M1 apps, so that means all apps are Intel and currently are emulated using macOS’s emulation on M1 hardware.

So C3D would have to first port to M1 only - probably not too hard, then to iOS - not hard but unique and not universally useful - it only serves iOS users.

So the road has a few steps, and some steps only benefit iPad M1 users. 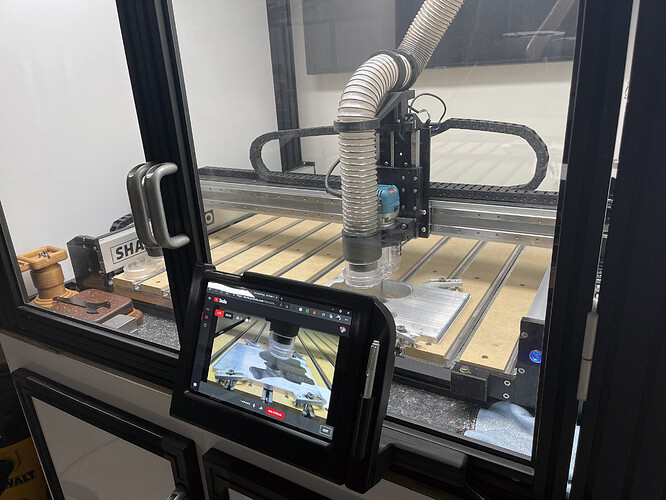 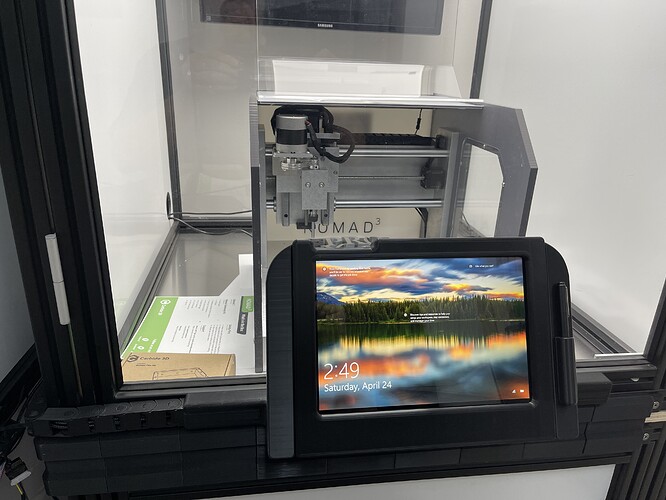 FYI - I started my life as an AppleIIE user and then GS followed by Macintosh, but realised in 1991 this wasn’t going to work and got my first IBM compatible and haven’t looked back.

I understand the desire for it to run on Mac, but there are so many other features I’d rather the CCreate developers work on. That needs to be the priority.

Did you mean iPad here? It runs just fine on a mac. I think it is the platform the developers develop both CC and CM on.

Yes you are right. But I treat it as one whole ecosystem and Edited my post.

Ah yes. I guess if they were entirely the same this post would not be required

You can run virtual machines on an iPad with UTM, that’s your most likely way forward at the moment but performance isn’t great and there’s no support for USB, so you wouldn’t be able to run Carbide Motion.

I’m running the Raspberry Pi 4 8 GB headless and using RealVNC and an iPad Air with no lag at all.