Change length of a project

Let’s say I want to change the width of a project with specific geometry sizes on each end without making any changes to said geometry.

Scaling would change the width of said geometry, yes?
What steps need to be taken at this point?

I would highlight and STRETCH the components that need to change size (width or height) by expanding them only in that dimension and then highlight and MOVE those objects that don’t scale.

Set the background grid to some set of numbers which will match up w/ how you wish to move things.

Draw in a box which aligns to the grid: 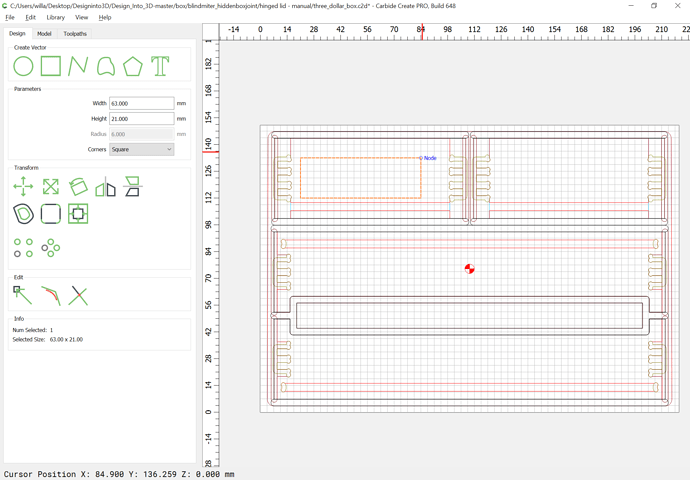 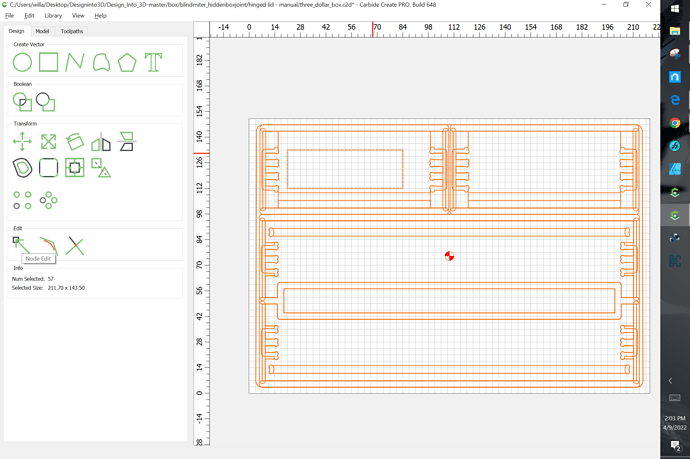 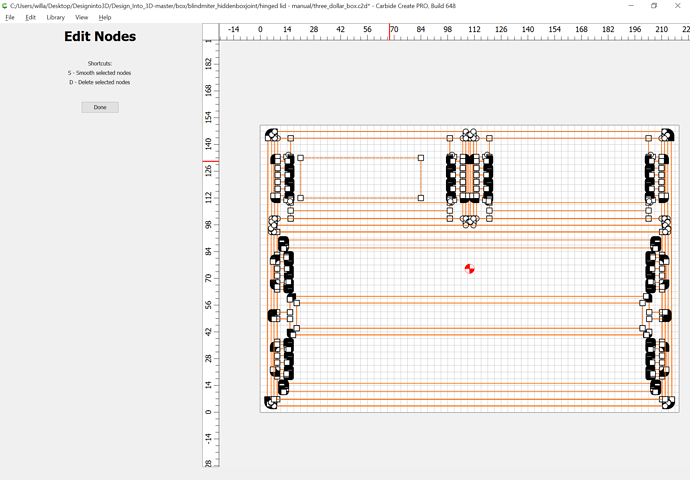 Select all the nodes which you wish to move, as well as at least one from the drawn rectangle: 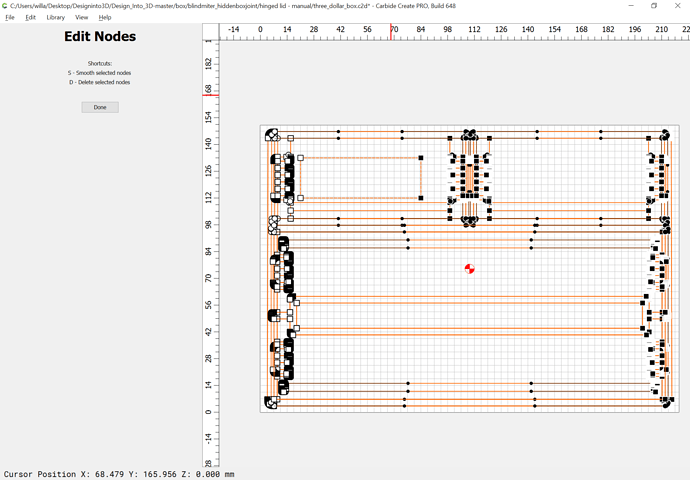 Use a node from the drawn rectangle to drag things along the grid: 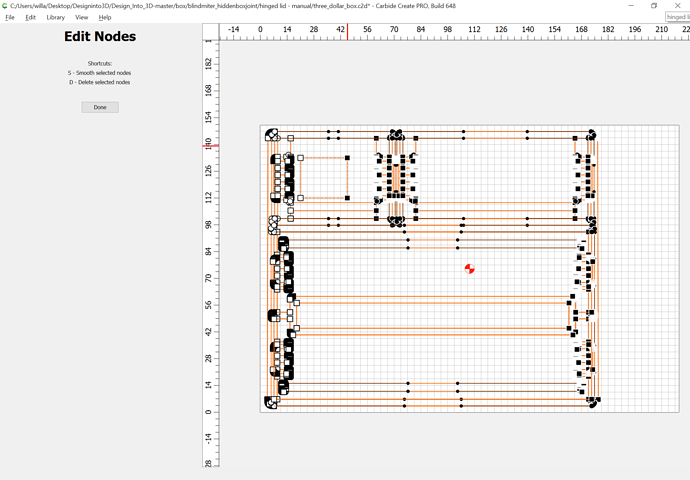 (and delete the rectangle to clean up) 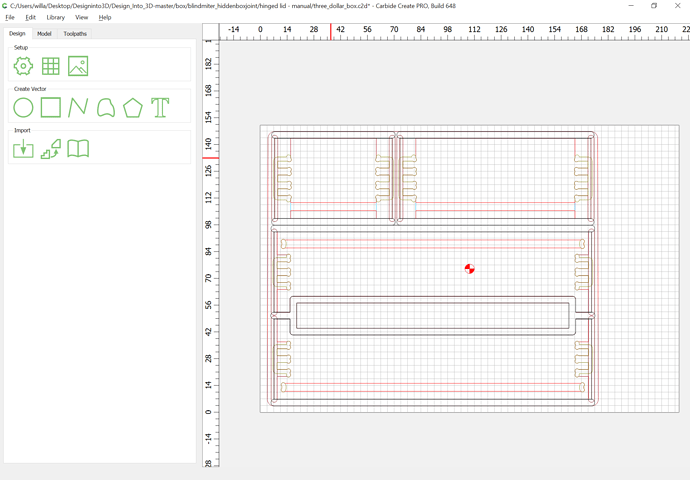 then highlight and MOVE those objects that don’t scale.

Yes, but if you pull one side the other side moves with it and doesn’t accomplish the stated task?

I suppose…you could just grab what needs to move in any given direction…it’s multiple steps. Will’s method might be less, not sure.

Will,
As much as I “really” appreciate your well thought out and drawn-out examples, looking at this is giving me a headache. I can’t seem to wrap my head around this and am thinking I just need to redesign the project at the correct size. I have to get rid of the “miter” at the bottom anyway. As you pointed out, asking why it was there.

For me personally this may be the best option. Plus, this will save you from getting a million questions from me.

Glad to try to help w/ any answers I can.

If you follow along on the instructions above and get stuck, just let us know where you’re stuck and we’ll walk through it w/ you.

Grid size? I have it set to the size of the finished board.
Draw in rectangle: Why
Select everything: Easy
Node Edit: Easy
Select Nodes you wish to move: What? I don’t know there are so many.
So on and so on…
Easier for both of us at this point in my learning stage to do what I do what I just learned and not have new knowledge push that out of my head and be gone forever.

Grid size: Carbide Create won’t snap to nodes, and it lacks a constrain option to ensure that things when dragged stay level, and setting it allows one to set the grid so that the movement will be the dimension required —i.e., if you wish to move things 1" left, set the grid size to 1"

Draw in Rectangle: This is done so as to ensure that the beginning point is on the grid, allowing the movement to be the distance desired.

Select Nodes you wish to move: You need to select everything on one side — that’s how you change the length.

I am sitting here laughing.
How about if I say, I need the practice from what you taught me yesterday to drive it home in my feeble brain.

Same lesson, much simpler example
Let’s say I have this shape, nothing currently aligned with grid, and I want to make it 20mm longer. 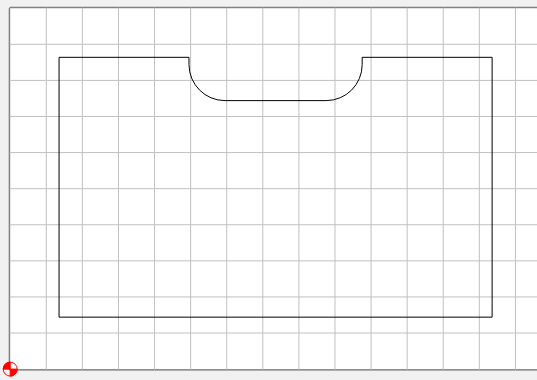 Change your workpiece size to something a bit more than 20mm larger than the shape, and set the grid to a factor of 20 (I’ll use 5)
Draw any object anywhere on the screen using grid points for reference. I’ll use just a single polyline 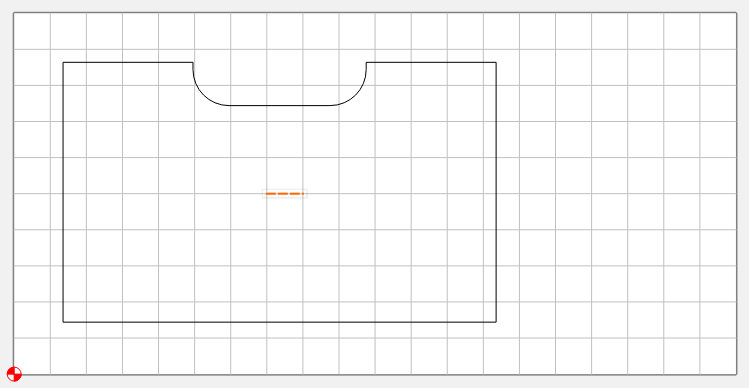 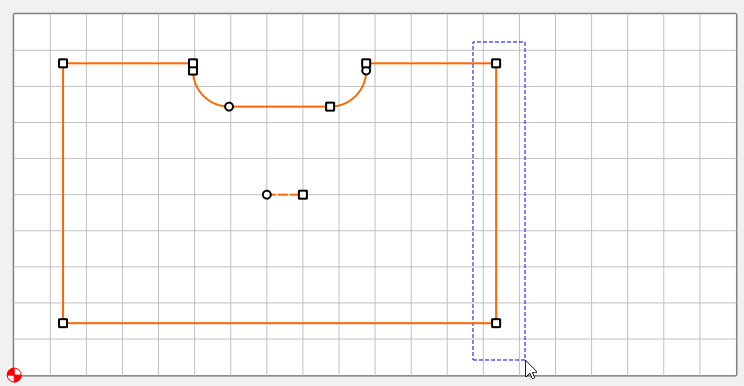 Move the node on the polyline 20mm 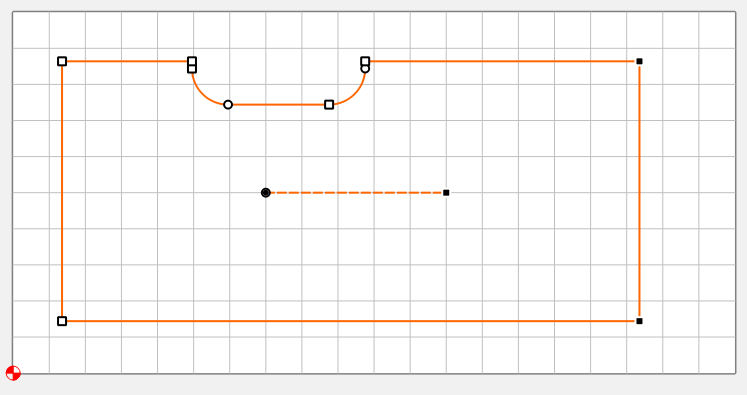 Now select all of the nodes for the cutout, and one of the polyline nodes, and move it 10mm 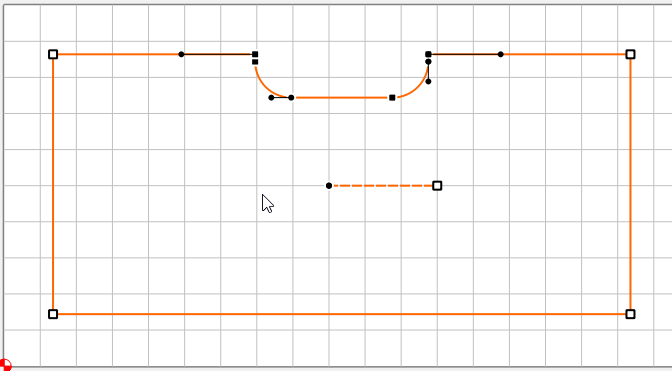 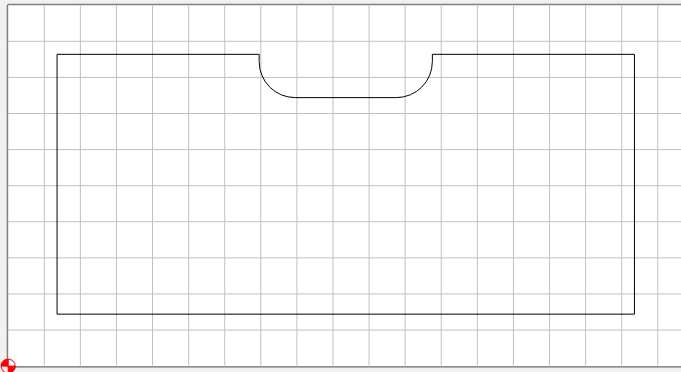 If they were all separate vectors you could do the same by just moving the end & handle shapes, then node editing the horizontal lines that need to stretch.
Will chose Node Edit for everything because you don’t need to be concerned with which vectors are joined.

I’ll give it a shot. Simpler version helped. Thank you.

OK, I think it worked. I was worried I’d have to click on each and every node to select them. I saw on Todd’s example what looked like a surround selection and that worked perfect.
I did each side rather than have to move the cutout.

I also needed to eat something during Will’s explanation. Sorry Will.
It looked more complicated than it was.

I tried to select both as the solution, but it would not allow it. Both are correct, it’s just my simple mind understood the simpler example.

Thanks for the assist. Will & Todd

OK, I think it worked. I was worried I’d have to click on each and every node to select them.