I saw this posted on another forum and I was able to pick one of these up last night. I’ve been looking for a cheap laptop to run my Shapeoko so I can still use my main machine while its running. At $59, this was an even better option.

I found an RCA Cambio 10.1" 2-in-1 Tablet 32GB Intel Atom Z3735F Quad-Core Processor Windows 10 at Walmart for $59. It includes a keyboard with touchpad. It was on the website but not on display in the store. I asked for them to check under the tablet display and they found it. Not all stores have it in stock, there was only 1 store in all of San Diego that had them. The Walmart website will tell you if it is in stock. 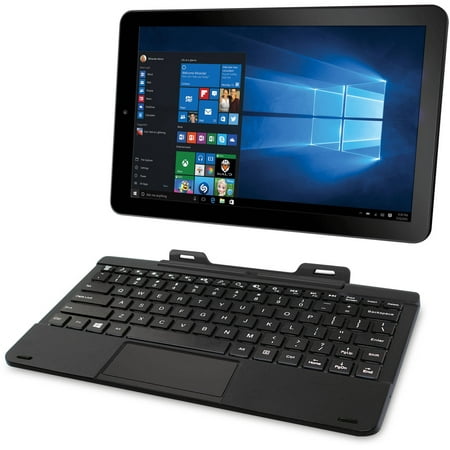 Another good choice, especially if you want to avoid Win 10 (which security expert Steve Gibson described as a “flying tu^d”) is an off lease Lenovo Thinkpad. These older but very capable business class machines can be had at bargain prices from local re-sellers, on eBay, and on Amazon. They are well made and robust, ideal for the shop.

Furthermore, because of the kind of machines they are, accessories and parts are readily available through Lenovo, IBM, and a world of third party sellers. I picked up one for use with my XXL for $200, but liked it so well that I ended up adding mobile broadband, an extra battery for use in the bay, 16gb ram ($60 on Crucial) and a Blu-Ray drive.

For Linux lovers they are well supported - Ubuntu even knows which model Thinkpad it is installed on. I’m running Windows 7 Pro on mine, but with all that memory, and plenty of processor capacity, I am also running Linux and an extra Win 7 virtual machine (for testing) under Virtual Box (free).

I just thought it might be interesting to point out the diversity of good options we can choose from. BTW: I wound up getting a very long USB cable and assigning control of my XXL to a Mac Mini Server on my lab bench which is normally used for operating electronic microscopes and a set of Logic/Analog Signal Analyzers. My Lenovo has since found other tasks. although it works great with the XXL.

I’m using a Kangaroo http://www.kangaroo.cc/ I bought used. At the moment, it’s running windows 10 home (and yes, it is a flying tu^d), mostly because there is so much software for windows for talking to a grbl. I’ll be mounting it to the back of the nomad enclosure shortly. Could run Linux on it I suppose. Not a lot of storage, but it’s expandable, and works on my internal network just fine. It’s atom, so not super speedy, but seems to be able to keep the queues full just fine. I put a “headless” dongle on the HDMI port so it can be used and controlled remotely from my laptop so I can do all my work with “good” gear, get it started, then not have to leave my good stuff out in the shop to get metal shavings in it and coolant on it. If you try this, you -must- have the dongle, otherwise remote desktop is unusable (intel graphics “misfeature”) Can still watch it run while I’m in the shop, pause to go run inside, etc. It’s not a $50 tablet (cost me about $80) but it’s pretty cool, solves the problem, small, durable. Might work for someone else too.

I too have a Kangaroo. Interested in what dongle you used. Not sure what issues you had with remote desktop. Once I upgraded to Win 10 Pro using my MSDN key RDP was no issue at all.

I used this one. http://www.amazon.com/CompuLab-fit-Headless-Display-Emulator/dp/B00FLZXGJ6?ie=UTF8&psc=1&redirect=true&ref_=oh_aui_detailpage_o02_s00

It’s worked pretty well. There are others around for about the same price. The issue I had was that without a monitor connected the driver “behaves less well than one would hope” when using VNC. The VNC display flashes, and you can get one click per 5-10 seconds with the mouse to actually work. It’s totally unusable. RDP is probably a much better solution, but I didn’t have my MSDN stuff handy when I was doing it. I was actually a little annoyed that RDP doesn’t work with “home.”

Yeah tried VNC before I did the upgrade to Pro. Had a different issue never even got that far. Sad the OSLinx doesn’t work on WiFi or Bluetooth. Yeah it’s one of MSs few gates to make someone pay for Pro on a machine. You can RDP out of a Home machine but not into one. I’ll have to take a look at the dongle.

I picked up one of the RCA cambio 10.1 tablets and it works great. It’s tiny yes, but has all the things you need for an inexpensive dedicated computer to run the shapeoko. The keyboard and touchscreen work, there is a full and mini USB and a Power port. I left this setup paused over night and the next day, it woke and I continued the job. Amazon had it for $120. 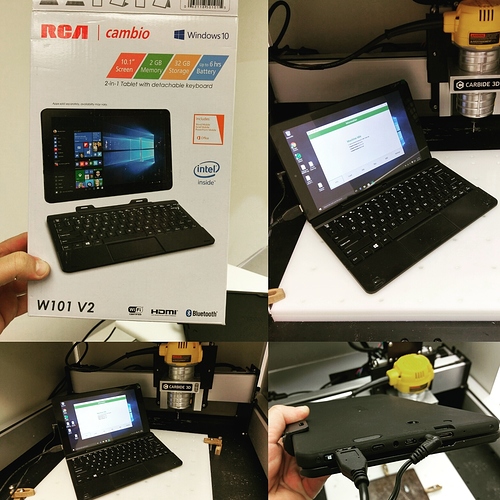 I picked one of these up today at my local Walmart for $65 out the door. Can’t beat that.

Sorry to raise this topic from the grave, but the Chromebook 11 is on sale at Target right now for $129 if sideloading linux is an option for you.

I’m glad you did. I honestly never considered using a tablet as a dedicated control for my shapeoko. I’m also considering a lattepanda.

Hu. I’ve never heard of that before. Looks pretty useful, and not terribly expensive either. You could build a nice little control station with something like that.

Tested the chromebook, it works perfectly with bCNC. Dual boot ChromeOS and Chromium. The particular chromebook from target has a full firmware mod released, so you can install Windows 10 if you so chose. As of current, if you have a Windows 7/8.x key you can install Windows 10 and use the 7/8.x key and end up with an activated Windows. Though it could end at any point given Microsoft said free upgrades were ending July 29th.

Really I just wanted to see what ChromeOS was like.

Are you guys running any kind of cad software on these also?

No, primarily to open and send files to the machine. I use a Windows 10 desktop for Fusion 360 rendering and cam operations. Then V-carve pro (old version) for text. Carbide Create is installed, but there is a bug with the QT framework so it doesn’t work at all for me.

Ok. I kinda had my doubts they had the hp to do much in the cad area.

I was looking on Amazon and there are quite a few refurb desktop towers on there under $100. That might be something I consider. 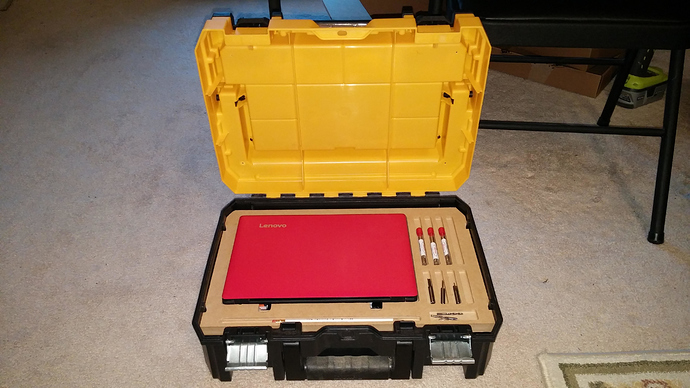 I also use the RCA Cambio, I have it hooked up to a USB hub (Build-in over-current/over-voltage/leakage and short circuit) so I can use a none Bluetooth keyboard and mouse.

If anyone is still curious/looking, amazon is almost always offering refurbished surface tablets.

here is the popular RCA Cambio, it can be found cheaper when on sale, but this is the best price I could find from a reliable seller on amazon.
http://amzn.to/2cxDr1D

I hope this helps anyone looking. Feel free to PM me if you need any further help.

That first link is to an RT which can only run Metro apps from the Windows Store — won’t be able to load Carbide Motion or anything else.

I pasted the wrong link, it has been updated. Thank you for pointing that out to me.