I assembled my XL and did the whole Hello World tutorial so basically ready to start cutting.

My router didn’t come with a collet. Wrote Carbide, but after a week of radio silence, I ordered the collets from their website.

Now that I have them, I have no idea how it assembles. The owner’s manual doesn’t show how to install. I can’t find any videos or tutorials for this part anywhere on the web. The collet doesn’t snap into the nut like the Shopbot I’ve used previously. 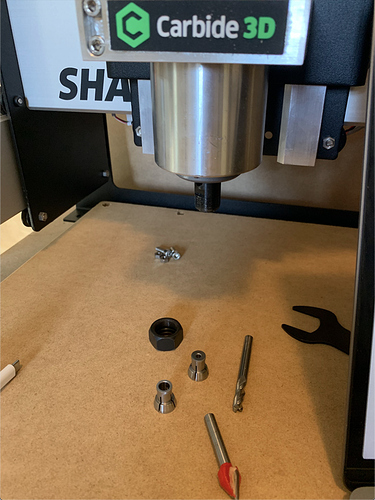 Here is what I have? is there a part missing? Am I missing something obvious?

It looks like you have everything needed. Use the 1/4in collet, insert it into the collet nut, then thread on the router until it stays on. Then insert you 1/4in shank into the opening at the bottom, push all the way in and hold in place while you tighten the collet nut until the bit stays in place (ensure it is well centered in the collet). You will have to lock the spindle by pressing the little button and use the wrench to tighten (monkey tight not gorilla tight). You should be good to go.

I’ve put it into the nut each way. This way, the way I’d expect it would it would be with the slots facing down, the tall cylinder part is in the way. 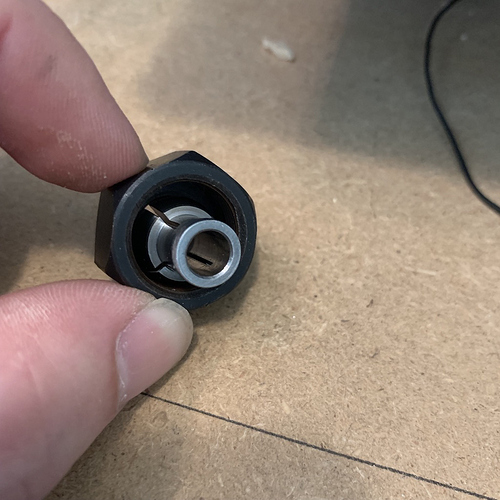 If I flip it so the cylinder points down through the hole, the threads of the nut almost make it to the shaft. 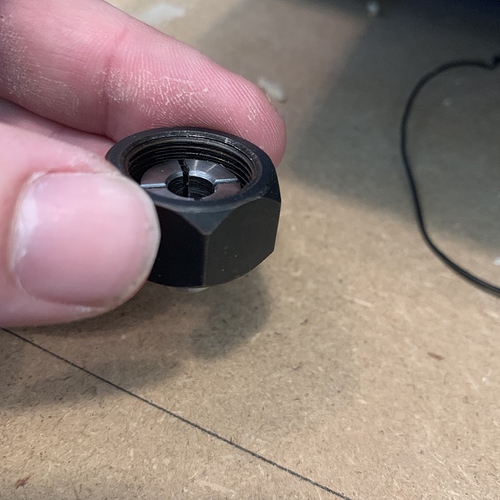 I expect the cylindar to go up into the router, but the hole there is too small. Is this a collet that is jammed up in there? 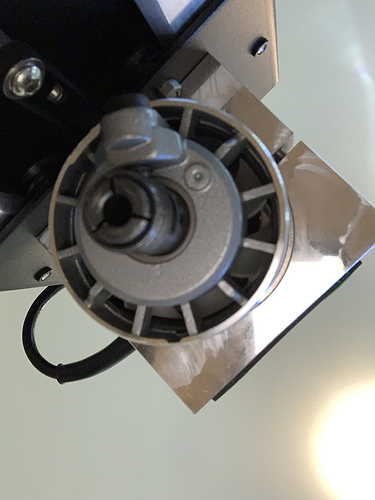 That is because there is already a collet inside the router. Put your endmill in the hole, gently move the endmill side to side and it should pop out.

Per our records you e-mailed us at 11:29 on 2 October and we answered 3 minutes later asking:

Can you remove the Collet Nut and take a picture of the shaft of the Carbide Compact router straight on and send it over?

As @luc.onthego noted, you have a collet in your router which you’ve never removed.

It was stuck in there, I couldn’t get the end-mill in and had to remove the router from the rig and use an alan wrench to dig it out. It being wedged in there and being black made it seem like part of the shaft. Don’t I feel like a dope.

My mistake. I see my email app merged the response with the auto-responder so I didn’t see it.

I let my frustration get to the better of me. Thanks for the help.