Is it possible to get links without ads? My work blocks these kinds of ads, so I can’t get the update. Have to get the update at home, then bring it in. It’s annoying.

What ads are you seeing?

I can access the sites and download anything, but when I go through an email link at work, this is what I get. 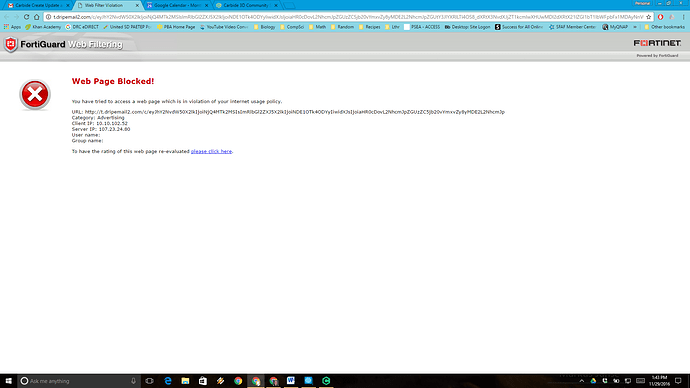 The link is to a simple web which just says:

We just uploaded build 289 of Carbide Create with some bug fixes:
•Rotations for polygons were not loaded/saved
•Zero marker position was not updated when a file was loaded
•Better DXF compatibility for some Solidworks DXF files

Check it out and let us know what you think. (Your existing install should see the update available)

Presumably when you run your copy it was ask to update itself.

Those are not ads, those are the redirects from the email service we us. You can go to the blog to see both posts.