Creating an array of circles programmatically

The task of creating an array of holes was recently asked after:

very much a newbie here. i would like to build a bullet caddy for reloading. i know how to make the holes and copy for the number of holes that i need. what I can’t figure out is how to quickly space the holes without having to manually do it. i want 5 holes down and 10 across. anyone have an idea how to do this in CC?

The rather prosaic solution of drawing a column of circles, duping it, rotating the duplicate as needed, and then duping the column and aligning each duplicate as desired was met w/ the observation that it was more steps than were expected:

WOW, that seems like a bunch of steps for what should be a simple process. i wonder if CC pro has a feature like this?

Here is a way to do this programmatically using freely available tools.

(not strictly necessary, but it will allow saving projects to their servers while working — alternately, one can export XML and reload it)

and begin a new project.

Save the new project with a suitable name and create the necessary variables: 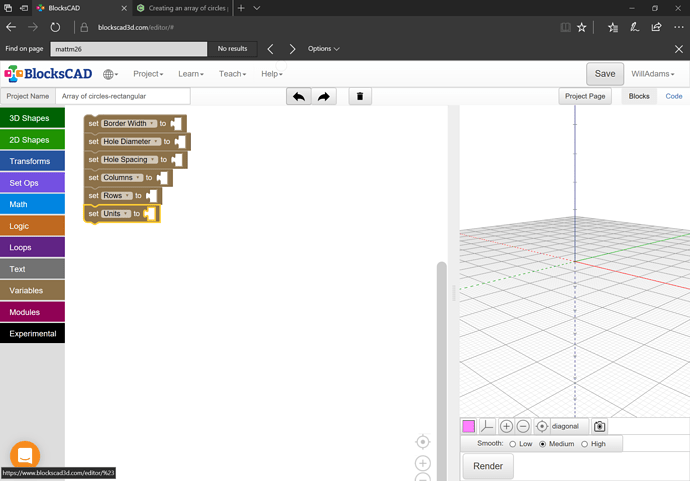 Rather than constantly multiply by Units, it is expedient to use new variables (w/ shorter names) which are pre-multiplied: 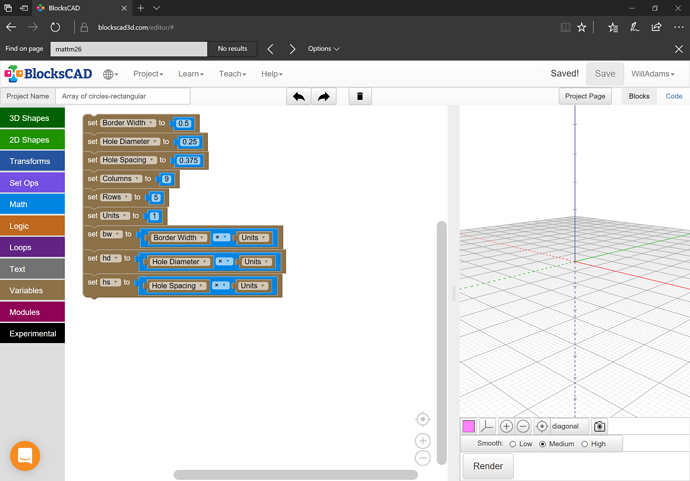 Create a rectangle (and add a forgotten variable, Stock Thickness for Z) and work up the appropriate formulas for sizing it: 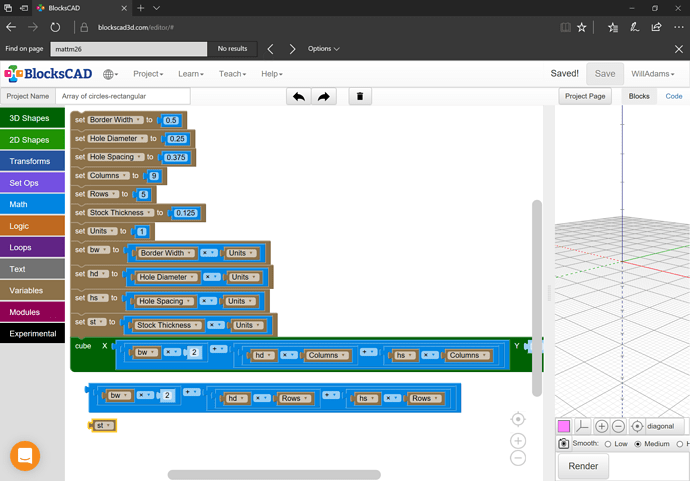 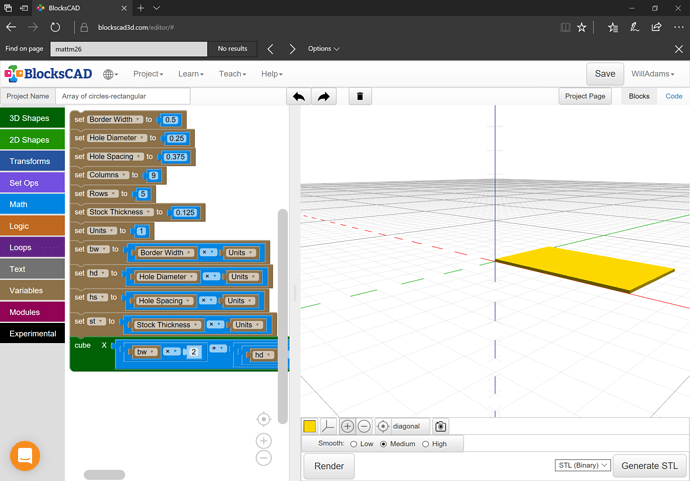 A post was merged into an existing topic: How to create uniform hole patterns

Since it will be necessary to position and size things by the radius, it is expedient to add a variable for that: 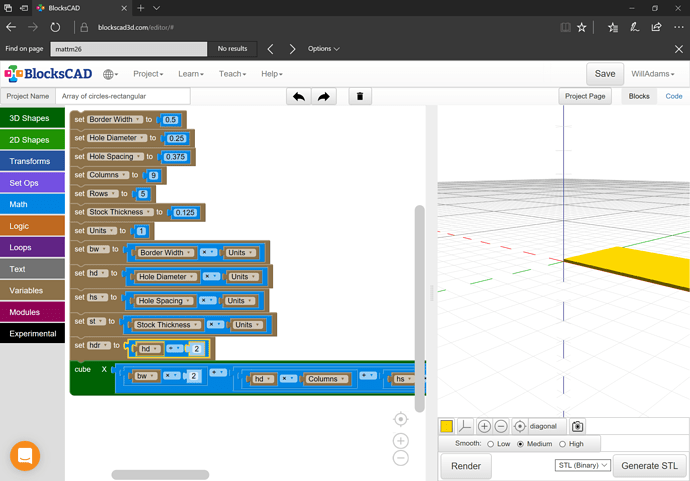 and it will desirable to subtract the holes from the stock: 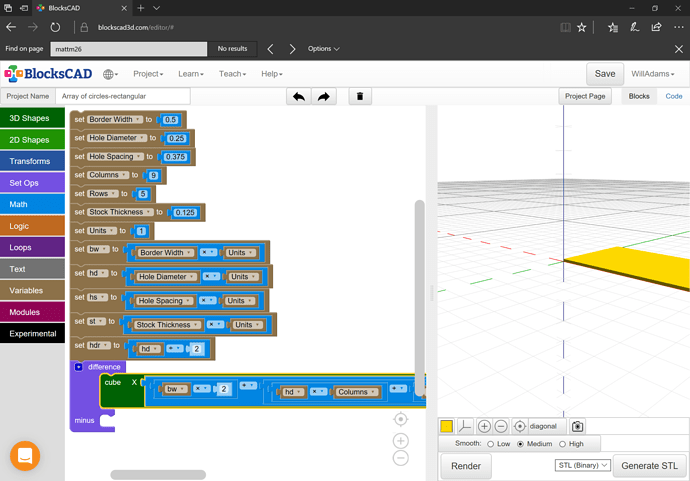 To ensure that the holes are cut cleanly they need to be repositioned down as well as over and up by the Border Width and Hole Radius: 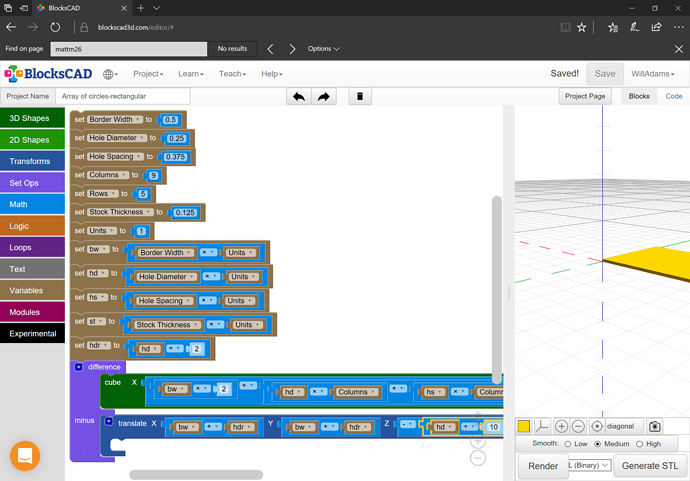 Whilst this tutorial is being built for BlocksCAD, I put together a couple of scripts to do it using the BlocksCAD prerequisite OpenSCAD, which is quite wonderful in and of itself.

To draw circles and save them as SVG’s: 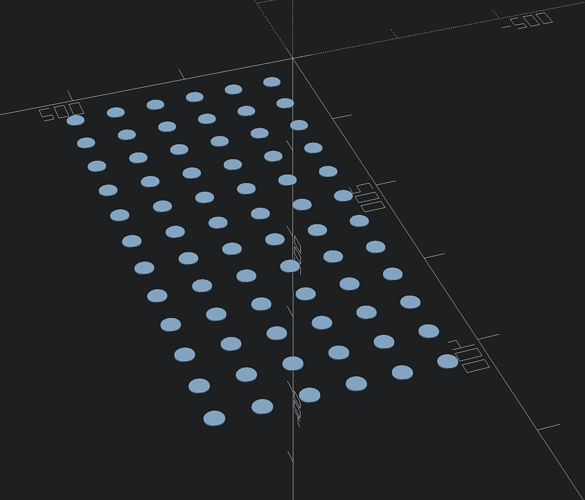 To draw holes in a block and save it as an STL or similar: 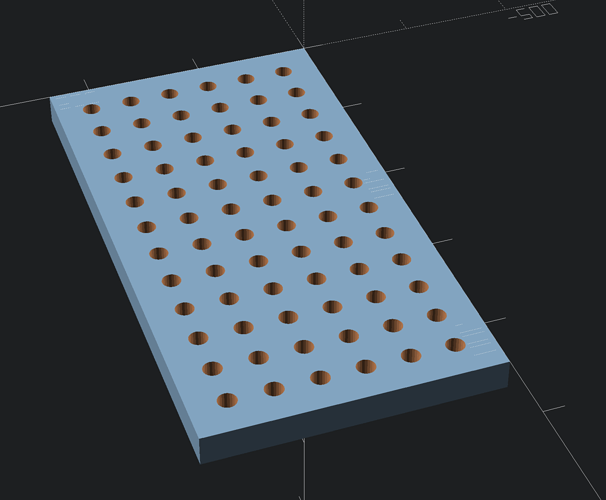 There is a feature in CC under transform called Allign Vectors. Position the first row of holes where you want them. Then select all in each row and use Allign Vectors to line them up with the first row. Play with it and you will see what it does

@Gerry — no fair skipping forward — we’ll get to OpenSCAD, but won’t use an STL to get out of it, since that’s rather limiting in terms of CAM tool choices.

@baricl — unfortunately, CC’s current alignment options only allow aligning at extrema, and doesn’t have an option for doing two axes at once, so one would have to align twice for each instance — dragging into alignment is instead a single operation and fewer clicks.

So sorry… I saw what you were doing and thought I’d slap something together quickly. Feel free to delete it at post it later in context, if you like!

Adjust the numbers and formula a bit and add two loops: 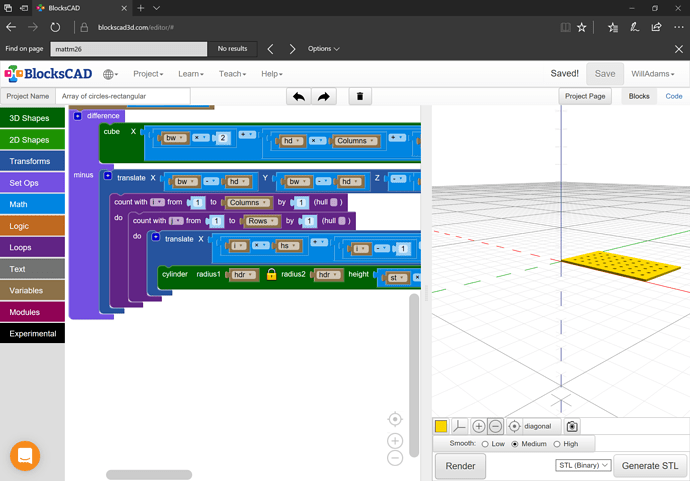 Save out the OpenSCAD file and open it in OpenSCAD: 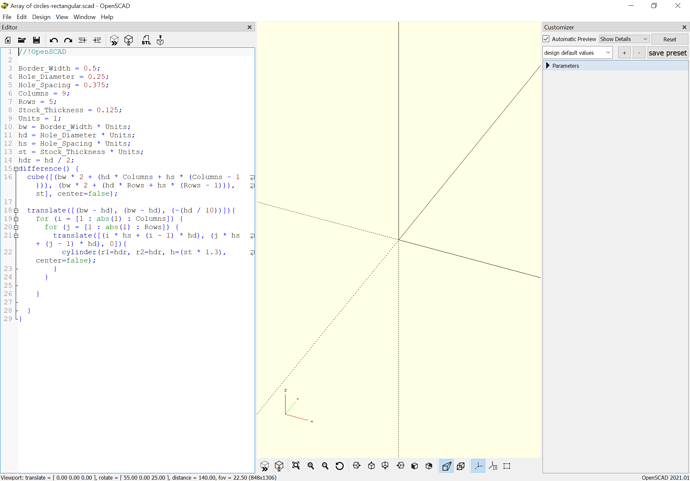 and edit the OpenSCAD to rearrange the code as necessary: 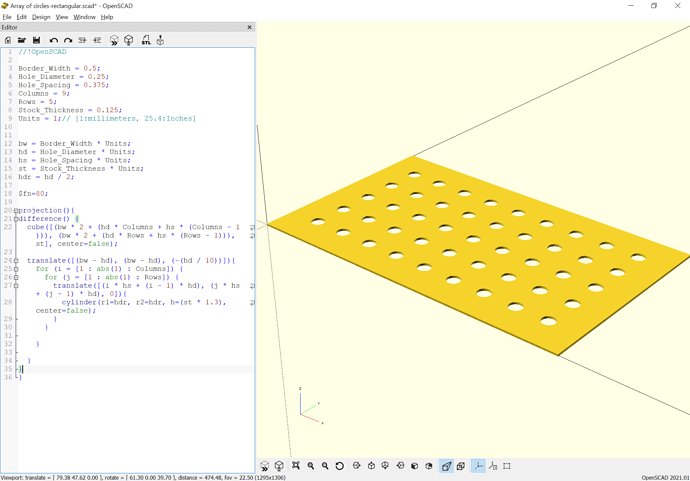 so that one has the Customizer interface and can render to get a file which can be exported to DXF or SVG: 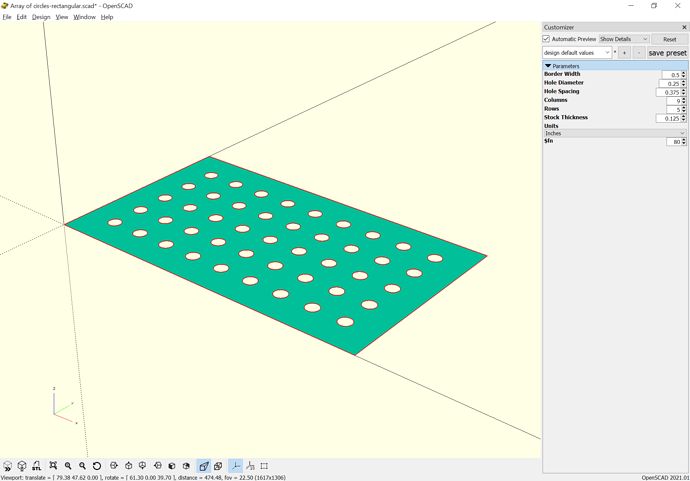 Isn’t it easier to just change the CC background grid spacing. Eg along y to suit the desired width then change it to suit x if different.

Just my 2 cents worth.

As I noted in the initial response:

How to create uniform hole patterns

Or, just draw and position things based on their matching up with the grid.