Cut pieces not fitting as expected

I’m making a pair of charcuterie boards that have a half heart cutout of each of them. I cut the board with the half heart outline and expected the piece to fit perfectly in the cutout. It doesn’t fit very well. Its almost an 1/8th of an inch smaller than it should be. I think I’ve done everything correctly on the carbide file but though I would post it here to get a second opinion. Any ideas?

To be clear, each piece is cut from a different piece of wood. I am joining them together after. Not cutting from one piece! Clearly the bit kerf would cause that gap in that case. 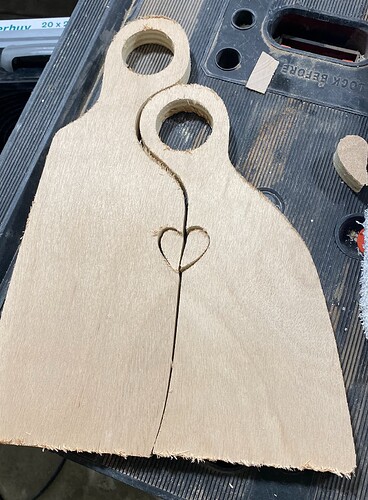 Here is what I’m attempting to recreate

r/woodworking - Charcuterie board set I call "Better Together". These were a... 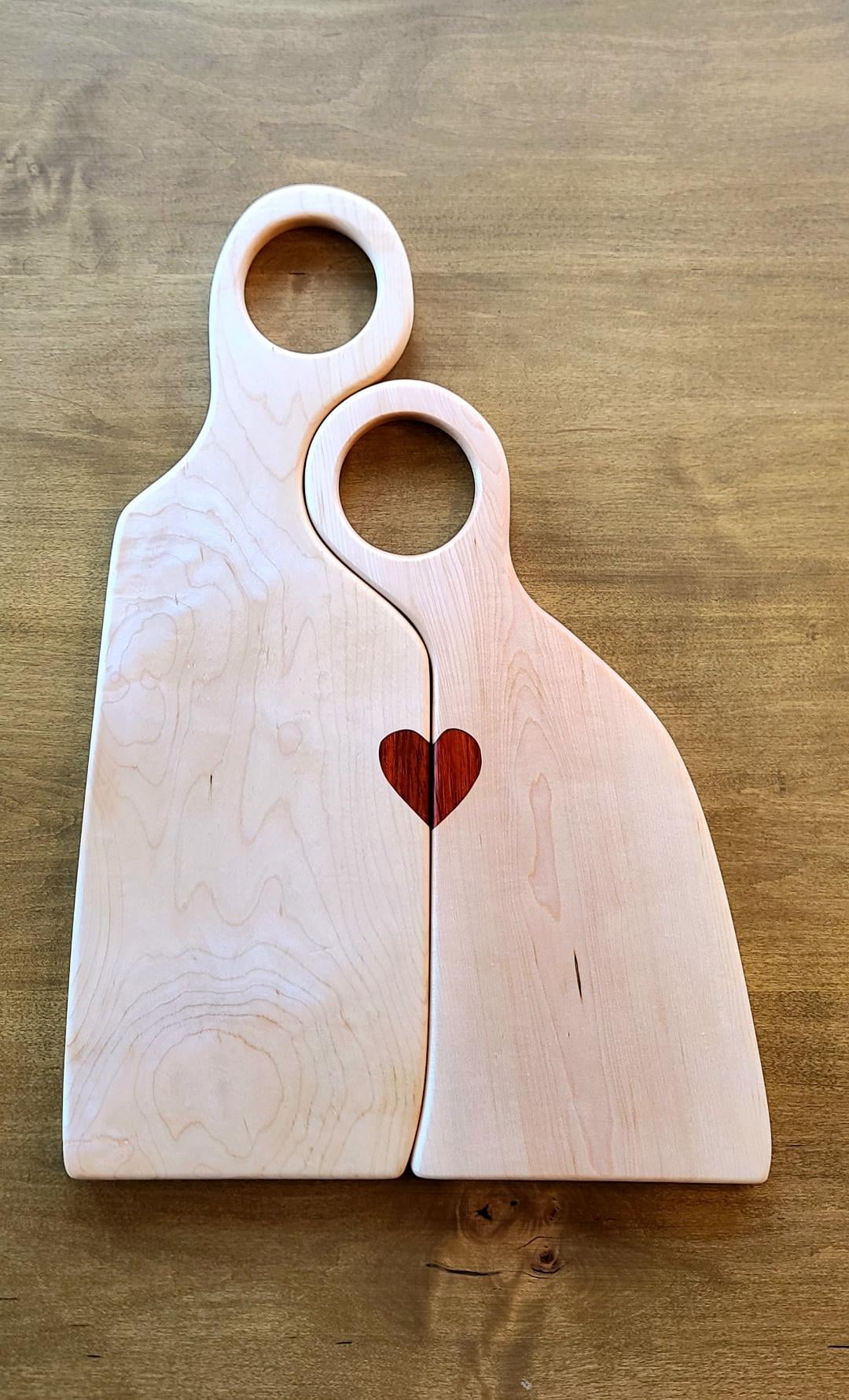 How are you determining the effective endmill diameter?

Have you calibrated your machine for belt stretch?

The typical technique for machine calibration: depends on precision measuring tools, and is limited by the reach of the tools in question. It should be possible to cut strips from a suitable blank of material, one along each axis — so we set up a square file which matches an available blank of material: [image] and put in suitable geometry and assign toolpaths: [image] Put the origin at the top left corner so that it doesn’t need to be changed. When cutting material from the square, a…

It’s hard to tell from the pic. What’s keeping you from closing the gap?

From the way your pieces appear to interlock, they look small in both the X and Y direction. My first guess is to say double check that you used the correct size cutter. If you tell the CAM to generate toolpaths for a 0.125 bit and then use a bit with a larger diameter than that when performing the cut, it will cut your parts too small.

I’m using the #201 1/4" bit and assuming it is perfectly 1/4". Since its the same bit making the cutout and the piece that fits into it, would that mean the error is cancelled out or since its concave vs convex the error is doubled?

You need to cut a slot and measure that to determine how much material is actually removed.

Correct, any error is doubled.

@WillAdams Once I determine the effective end mill diameter, how do I use it in my design? Change the tool diameter in the library?

It’s safe to assume it’s 1/4". There’s basically no chance that cutter is off by enough to show up in almost any use case, much less in wood.

That’s what I was thinking as well. So do you think this issue is from belt stretching? Again I would think that since I’m cutting both the hole and the plug on the same machine that any delta would get cancelled out.

Can you think of any other reason why the plug would be too small by 1/8th inch?

For two matching pieces, one should be cut w/ inside, the other w/ outside assuming the equivalent geometry is being used.

I thought of that and doubled checked. They are both using 1/4 and are both outside.

First, check the machine mechanically. Per the machine operating checklist: Machine Operating Checklist - Carbide 3D , the basic points of adjustment for a machine are:

If I understand your geometry correctly, I think an outside cut should be used on all 4 pieces.

Yes I am actually. Not sure why I wrote inside. That was incorrect. If you look at the file they are indeed all outside cuts.