I tried making a project from CutRocket (https://cutrocket.com/p/5b1ade2ad55f4/) but had a bad machining moment as I didn’t realize Carbide Create 514 was interpreting the file differently than the CutRocket software and designer had intended. As see here from the download page, almost all the operations should be pockets: 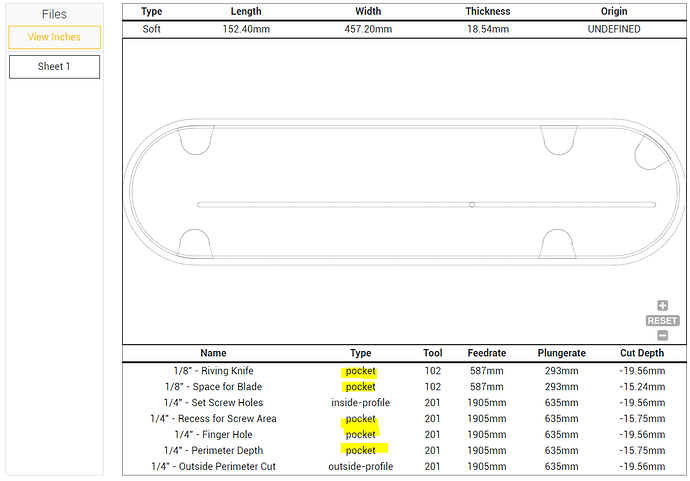 But when loaded in Carbide Create 514, it shows up as profiles:

I uploaded the exact same .c2d file that was downloaded into a new project on CutRocket, and it displayed the operations as pockets (proper). What is going on?

I should have looked at the simulation more carefully, as it clearly looks different than the iso view on CutRocket -

Besides the dimensional difference in the final product, the main issue is that the first two operations leave a thin piece of stock (detached), which binds in the end mill and causes the machine to skip or stall.

I have had projects created in earlier versions (3.x) not machine correctly in 4.x and 5.x versions. My solution was to delete the tool paths and create new ones. After recreating the new tool paths the files were cut correctly. Maybe it is a compatibility issue?

Not sure to be honest, and from looking at the *.c2d file it doesn’t seem to carry the version it was created in. It’s a bit disconcerting and makes CutRocket less useful. It seems odd that the online tool “properly” parses the toolpaths though, so that certainly seems like a bug. Tagging @robgrz for visiblity.

I did miss a version tag in the JSON for some reason (CutRocket file shown here), but comparing to a brand new file I created in 514 they both show version : 1. That might be legacy though as in the new files there is an accurate build_num that shows 514. The newer files also have a minimum_build_num entry. 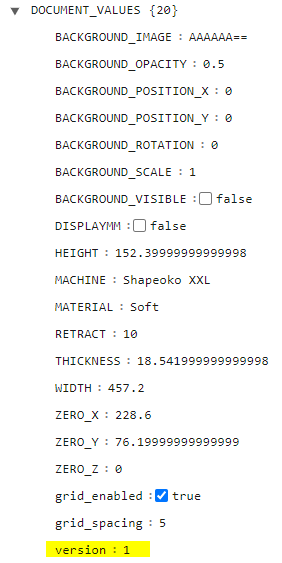 Look a little further down, you want:

In the new file, yes, but I don’t see an equivalent in the CutRocket download that is about 2 years old. I did mention that parameter in my last post.

Perhaps this a known bug, but when uploading a new project (https://cutrocket.com/p/5ffa5b303c6c1/) it does appear CutRocket is out of sync with Carbide Create ~514 as it does not register the new JSON format for toolpath operations. Sorry if I’m beating a dead horse at this point! 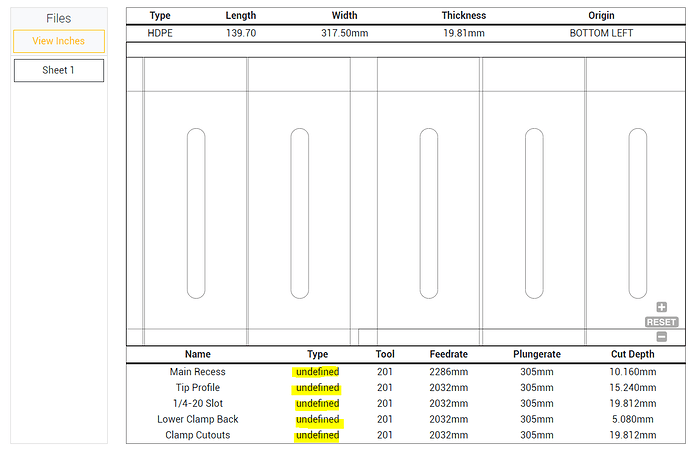 tagging @edwardrford in case he can comment on the CutRocket/CC compatiblity question you just raised.