Hi All,
Still in the early stages of learning to use my pro xl and lately i’ve been trying to cut some shapes out of thin .064’ aluminum sheet with mixed results. I’ve been reading up on the offset geometry method of pocketing around the shape then finishing it off with a contour cut. I’m just a little unsure of what are the optimal depths of cut for this method. I’ve seen “tab depth” used are reference but what is tab depth for .064’? Thanks!

Tab depth is whatever you have set the depth of the tabs to.

What workholding technique are you using? If it’s double-sided tape or blue tape and cyanoacrylate, try running the pocket down the the penultimate pass (stock thickness - depth per pass), then run the final pass starting at that depth.

Thanks Will. Right now i’m using double sided tape but i’ll be moving on to the tape/glue method when i start working with larger pieces. I’ haven’t really experimented much with tabs yet so i wasn’t sure if there’s a “Correct” depth to set them at

Correct tab depth is whatever thickness is necessary to hold things in place against the cutting forces.

What is it about your results that you’re not happy with? (pictures?)

What feeds and speeds are you using for the current contour cuts?

For an example, I was trying to make a name necklace for a friend and it was cutting out with some pretty nasty burrs. This is with the 122 1/32 endmill from C3D with a depth of cut of .004, feedrate 10 ipm, 10000 rpm and a 5 ipm plunge. I played around with those settings a little bit but the results were always similar. I suspect part of my problem is i think the alloy is 3003 which i’ve come to learn isn’t ideal. 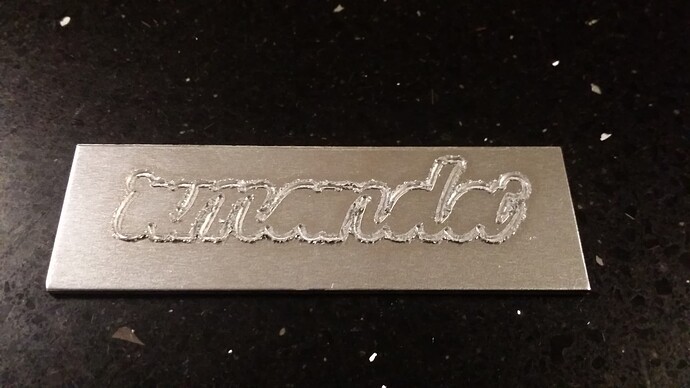 I see what you mean.

You can get really clean result in Aluminium with the Shapeoko, but it’s tricky to get the recipe right.

First, as you say 3003 is not the best Aluminium to cut on a high speed machine without coolants. I try to use 6083T6 (6061 equivalent) and it generally chips rather than goops when cutting.

Second, single flute endmills survive a lot better in Aluminium as they tend to have a lot more space to clear out chips, I use DLC coated single flute from this local supplier, here’s what I was running today 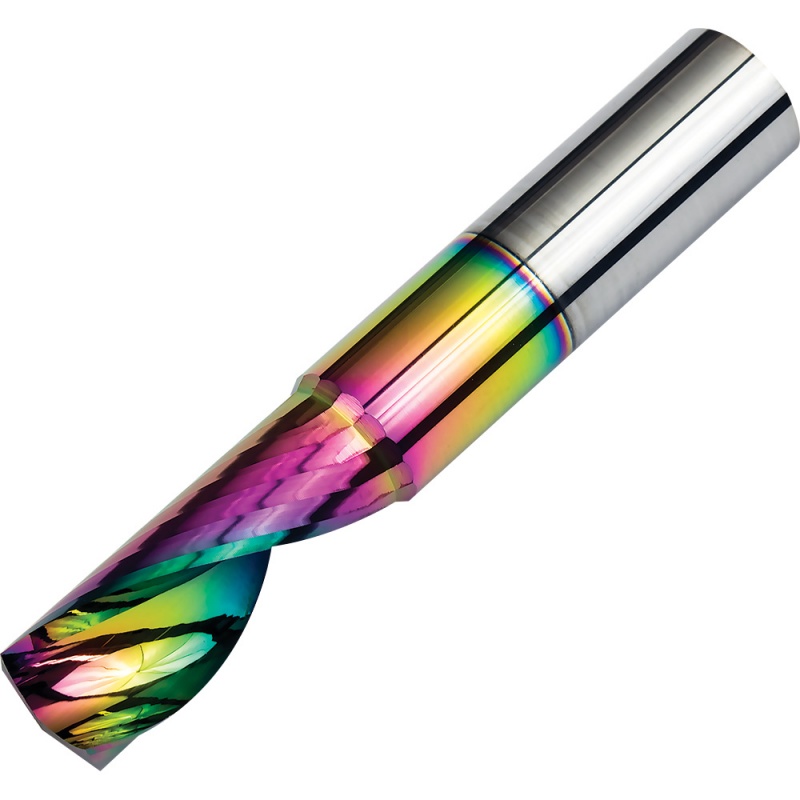 Third, some lubricant helps, especially on these small cuts, try some Isopropanol, it evaporates off on it’s own and leaves a clean workpiece and doesn’t leave the machine oily. I squirt tiny amounts into the cut with a syringe, especially when drilling.

Fourth, I think it might be better to be able to feed faster through the aluminium, to get chips and not spooge and avoid local heating, try for 15ipm, 20 for a bigger cutter, go shallow depth of cut to avoid overworking the tiny cutter. You got away with a DoC of 0.04 at 10ipm so try 0.02 at 15 or 20ipm just to see if it helps. I don’t know what the suggested feedrate is for that cutter but it’s certainly not machine limited at this size.

Fifth, I’ve found that a chamfer mill (90 degree V bit) putting a small chamfer on the edge of the text can do a nice cleanup job in wood, plastics and metals.

This is a bit larger, it’s 5mm 6083T6 plate and the smallest cutter I ran was 1.5mm, you’re a bit smaller than that. I squirted some Isopropanol into the cut for the toolpath which cut the base of the letters to get it shiny, deliberately left the tool marks as it was meant to look industrial 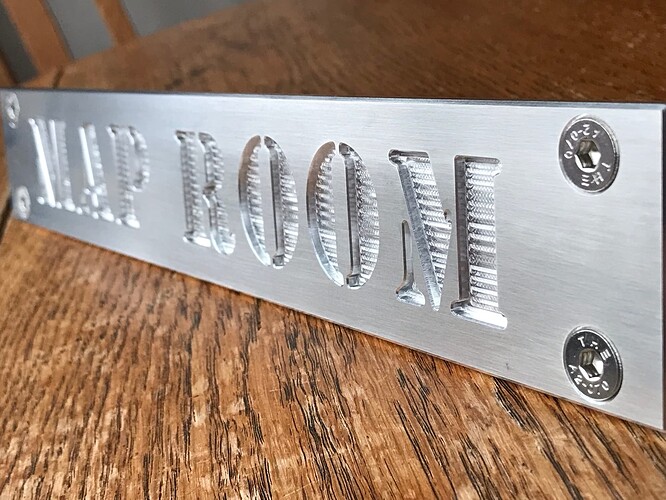 Wow, that looks great and i appreciate all of your tips and tricks. I’ve seen lots of pictures of what people have made with aluminum with their shapeokos so i know success is possible. I’ve ordered some 6061 T6 stock which should hopefully help. I completely agree that single flute endmills are the way to go. I’ve made a few small things with a 1/8’ single flute and the difference is night and day. Even with the 3003 I had some pretty good success. Are single flute endmills available in smaller sizes? I don’t think i’ve seen many smaller then 1/8’ 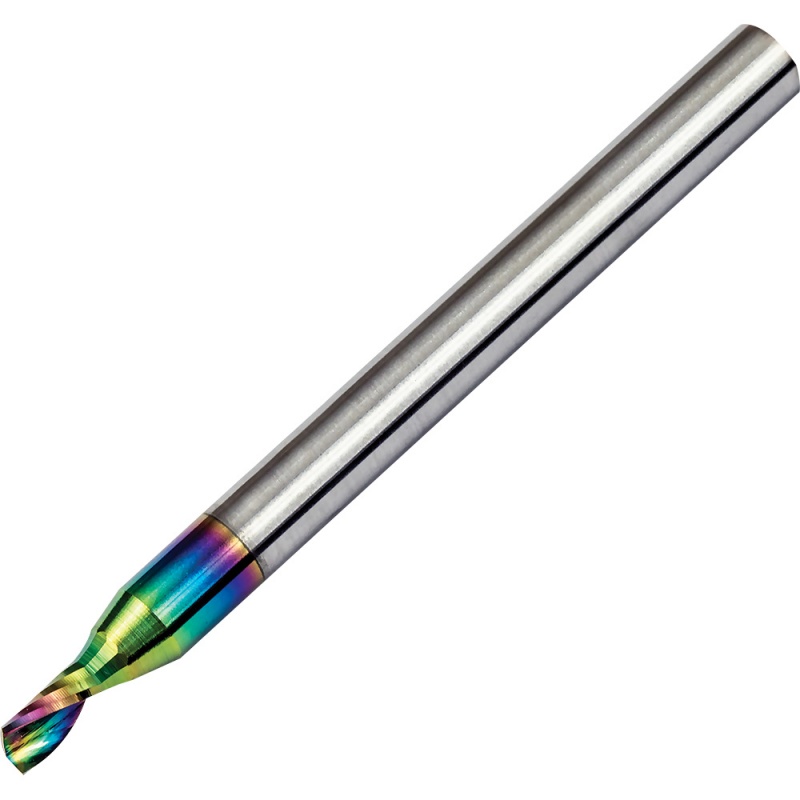 That’s good know, thanks. I’ll start searching to see if there’s anything available locally here in Toronto as I can see myself using the smaller cutters quite a bit and the single flute do help.

I’ve found that uncoated seem to work fine but I’ve been buying the DLC coated where I can as they seem more resistant to chips sticking to them. I’ve been advised to avoid a coating with Al in it, such as TiAlN, as that will just weld the chips on, Aluminium to Aluminium doesn’t work to keep the chips off