Not to minimize your great contributions to chilling, does anyone think that one of these water coolers could be adapted? I have one that just sits here and wastes electricity most of the day. They claim

I can’t find a spec on how quickly they can take the heat out or a duty cycle.

@neilferreri here is a link to the chiller I’m think of getting for my co2 laser. Reasonable priced, industrial type design.
https://www.lightobject.com/Cooling-Systems/Lightobject-1600W-Water-Chiller-for-CO2-Laser-Machine-AC110V-60Hz. .
Thinking of setting the chiller up to be movable between the laser and the Shapeoko (when I upgrade the spindle).

Wow that is a hot garage, almost as hot as our Nordic saunas

Darn, I made the effort to go and convert to Fahrenheit (which felt to me like using Google translate to Chinese), and yet my European subconscious took over and had to write “°C”

So it’s actually a cold garage, It’s not heated.

So my 1h30min job ended up being close to 5 hours, so this was a great opportunity to test the chiller with the fan disabled, here’s the result: 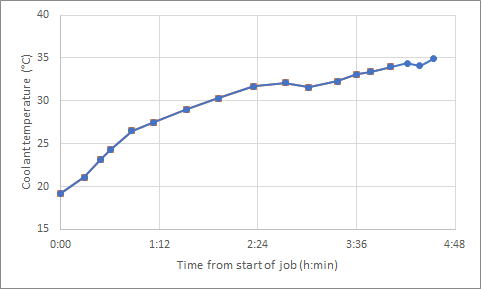 Who knows about G-Penny’s but Mechatron’s liquid cooled spindles want a maximum of 35C.

Those laser tubes, which are 10-15% efficient, can produce as much as 900 Watts of heat. A spindle would have to be cutting at 900 Watts to generate that much heat. That’s not possible on Shapeokos. So, at “room temperatures” either a CW3000 (“Passive Water Chiller”) or CW5000 (“Active Water Chiller”) should suffice.

So I received the light dimmer,

then fired up the Dremel, I won’t post images of the chiller front panel suffering, but 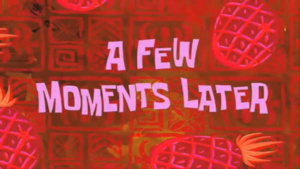 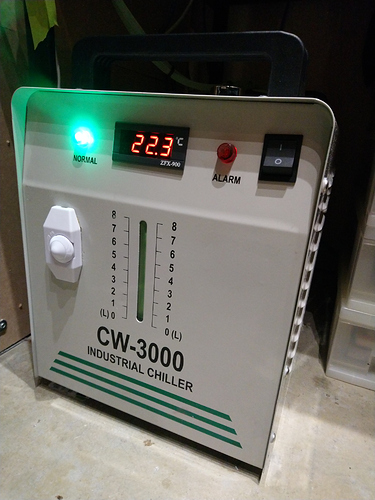 which is more than welcome:

I have adjusted the fan speed to the minimal RPM where I can barely hear it / where it competes with the pump for noise. I will redo the temperature monitoring next time I have a long cut planned.

Quick update: I ran a ~2 hour job today, with the fan dialed to be barely audible above the pump, and got these results: 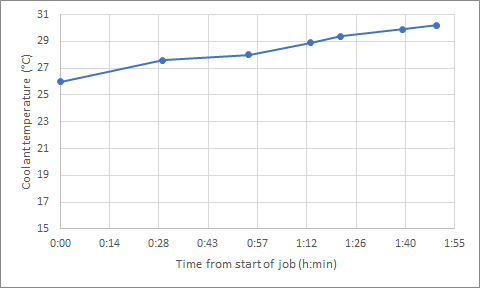 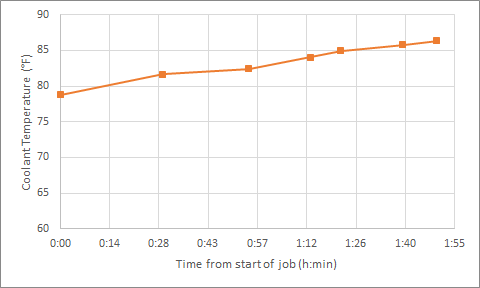 That’s more than suitable for my typical use, and the sound level is back to a discrete humming. I’ll call this done for now.

and if it has an alarm for overtemp, you can always crank the fan up based on that

It does have an alarm, but it goes off at 60°C / 140°F, so not so useful because I assume the spindle would have died before reaching that coolant temperature.

I also know that the other alarm (detecting the absence of coolant flow) works fine, I discovered that when I unintentionally pinched the tube and had a near heart-attack when it beeped (the alarm is LOUD, as it should be)

Are you planning a test with the fan full blast?

Sure, can do (next time I have a long job to run).

Surely your router/spindle makes more noise then that when hacking stock?

Hey that’s a good question, I never actually measured the spindle. But it’s quite different, it’s the sweet sweet sound of making chips, I crave that!

Seriously though, it’s more the sum of semi-loud devices that gets on my nerves (that @$*&#! VFD fan, the muffled sound of the vacuum under the enclosure, the chiller, and optionally the washing machine and dryer nearby)

By the way, I had a wild shower thought (literally) the other day, I could extend the cooling circuit to go through the VFD sink. Water-cooled VFD !

Yeah I know how it sounds (dangerous), but I wonder if I could just use a PC water-cooling [part that goes on the CPU] and attach it to the back of the humongous VFD sink. It would be away from the power area, and in the unlikely event of a leak, gravity would do its job and not soak the inside of the VFD.

I gave up on trying to cut the noise out. Now I just wear noise cancelling headphones - after you have a compressor, VFD and spindle going it’s the only way to win a loosing battle, other than locking everything in a cupboard…

That was my first intent…and then I saw in that video that you have to tear the whole thing apart, and decided that it would be for another day.

I gave up on trying to cut the noise out. Now I just wear noise cancelling headphones

Good point…I should try one of those.

I know the sounds are annoying but the human senses alert you to danger. When I sit on my big lawn mower it is tempting to listen to music but if my mower deck starts making a racket I need to stop it before too much damage is done. Same in the shop. Music is fine for sanding but when doing things where I can lose a finger the music is off and my attention is focused on the task.

That was my first intent…and then I saw in that video that you have to tear the whole thing apart, and decided that it would be for another day.

Odd that he didn’t just use some thermally conductive epoxy to attach the thermal switches to the heatsink! The fan likely would rarely, if ever, turn on. 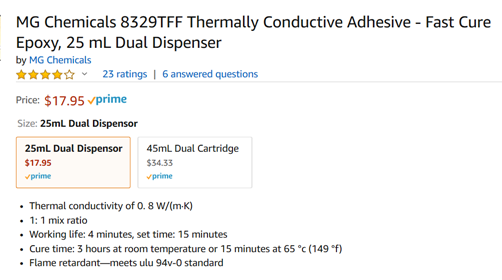 I gave up on trying to cut the noise out. Now I just wear noise cancelling headphones - after you have a compressor, VFD and spindle going it’s the only way to win a loosing battle, other than locking everything in a cupboard… 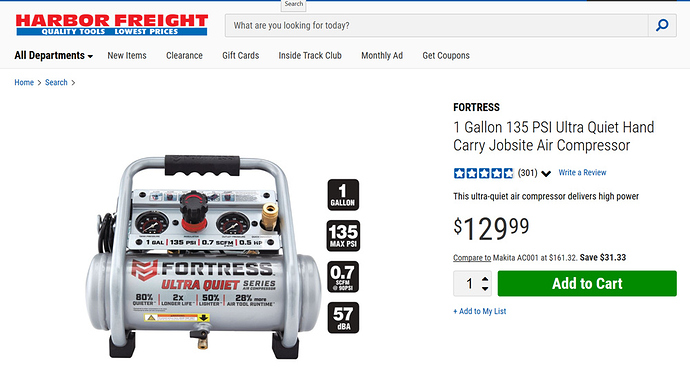 I’ve got a 50l quiet compressor which runs about 60db. It helps but when chips are flying, VFD going, compressor cycling it’s never going to be pleasant. I will add that my machines are not in enclosures, with all the testing we’re doing it’s a pain to drag them in and out