Deleting Nodes But The Line Is Still There

I’m deleting nodes but CC is removing the little black nodes box but leaving the line I’m editing. I have closed CC and opened it a few times but they are still there, any ideas, it’s throwing the whole thing out. 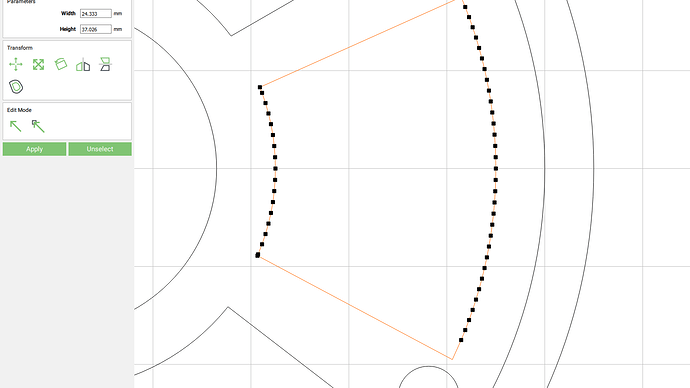 Carbide Create doesn’t have a mechanism for changing a closed path into open or vice versa.

Perhaps you can achieve what you want using Boolean operations?

I’m not sure what you mean William, I’ve done this before in previous versions of CC and it does it alright, on this box there are six segments and of the 12 lines I’ve edited it has worked on nine of them. I’m following John Clark the box makers instructions and he does it all the time.

Hi William, thanks for your help with this it gets really frustrating when you are a complete noob and nothing will work the way you expect it to. I know it is something I am doing but I just don’t know what.
I am highlighting the segment then choosing node edit mode which brings up the nodes on the segment, then click on the node I want to edit to highlight it then I right click on it which brings up the edit options and I choose to delete that node.
In this case nothing is happening except the node is being deleted but the line is remaining in the same place whereas it should move to the next node along.
If you get a chance have a look at the John Clark video from 9:10 he explains it much better than I can.
D&D Round Box.c2d (153.5 KB) 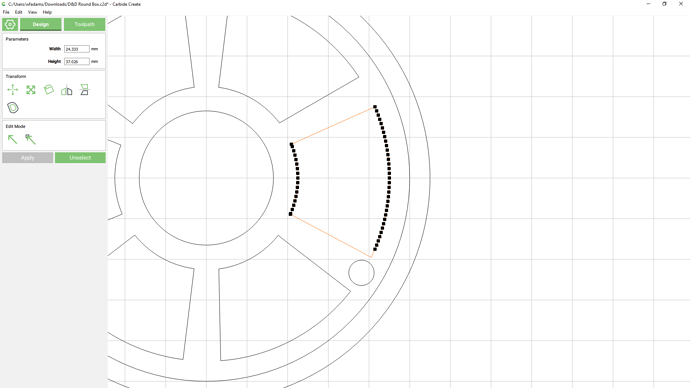 That’s a bug, and I’m reporting it now.

The work-around is to use a Boolean subtraction operation — draw in a polyline which is snapped to the nodes: 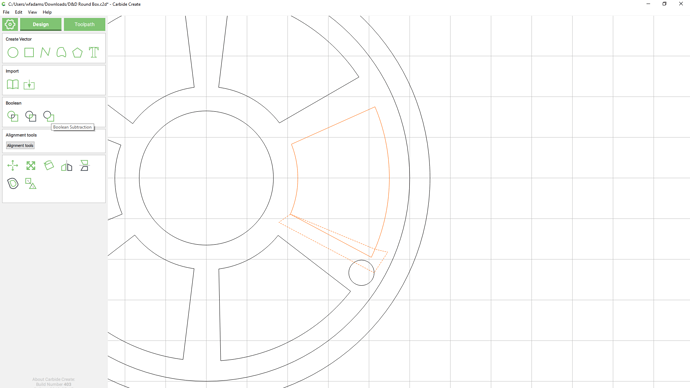 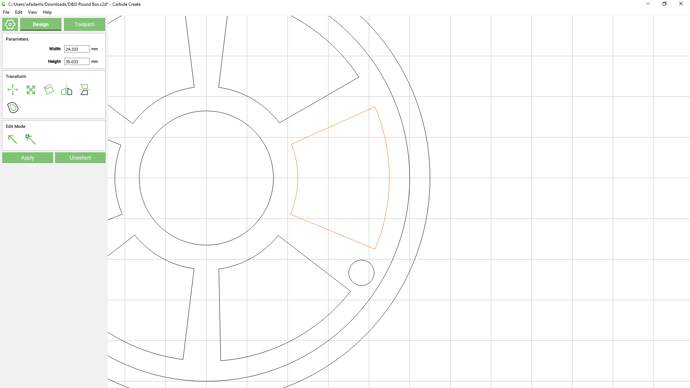 Alternately, draw the angle in on the original object you use for the Boolean subtract.

Thanks again William I will give that a go. I’m just so glad that for once it’s not me.