Difficult to remove bits from CCR

Any advice on how to get bits out of the collet? I can remove the locking nut just fine but the bits are stuck extremely tight. I broke a bit using pliers to try and get it out. I am brand new to this, but I’m sure there’s a better way. I’m using cheapo bits if that matters.

You shouldn’t need pliers, and shouldn’t use metal tools on endmills.

Do you have this trouble with the #201 endmill?

Use a pair of calipers to measure the endmills you have?

If you continue to have difficulties, please let us know at support@carbide3d.com and we’ll do our best to assist.

I don’t have a #201. I only bought the CCR from Carbide for my DIY CNC machine. I’m still stocking up on bits so maybe I’ll just buy some #201 and #102. Should the bits come out easily just using your hand? Good tip on not using metal on the endmills.

Yes, the endmills, when properly sized should fit easily, and be easily removed from the precision collets.

I can attest to the fact the precision collets aren’t always working with all bits.
I have c3d 1/8" ball end mills that don’t fit the collet, they are smaller and are hard to install. I need a third hand to hold the collet from dropping out up to the point where I use a wrench.

If you get something stuck take the end of a plastic screwdriver and gently tap the collet.

I’ve had a few bits get stuck. The instinct is to pull as hard as you can without cutting your fingers. I do 2 things. First I try pushing it back up into the router. This may cause it to let go. Secondly I give it a blast of compressed air.

When my Makita was new I got a carpenter’s pencil and used to mark the conical interface with some graphite. I haven’t done that for some time as I’ve been using the same collet, but if I switch to a new collet I’ll restart that practice again. It may be a good idea to do that until they mate into each other or develop some sort of natural “coating”.

When you loosen the collet nut the collet will expand forcing it back down the inclined plane and the grip on the bit is loosened.

I take the collet to my vise open enough to support. (never clamp it) Take a broken bit of the same size and push or lightly tap the bit out.

Can you tell me more about what you’re suggesting? I’m not totally following.

I “color in” the conical section with some graphite from a carpenter’s pencil. I don’t mean so much that you have a dusting of graphite. Just “color in” on each of the conical faces. 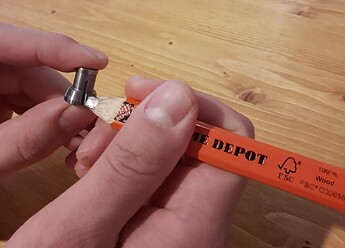 My Makita collet benefited from this, until eventually I stopped and apparently was no longer needed. Like I said, I’m not sure if it’s a matter of the collet and shaft “wearing in”, or some natural “coating” developed. gdon_2003 seems to be against this, but I don’t think using pencil graphite is taboo among router users.

I believe this is what was being recommended. Remove the collet nut, collet and bit. Protect the nut and collet by placing them on wooden blocks. I have a wooden vise so that was already done.

Please use a non metallic hammer. You don’t want to damage the router bit shank. 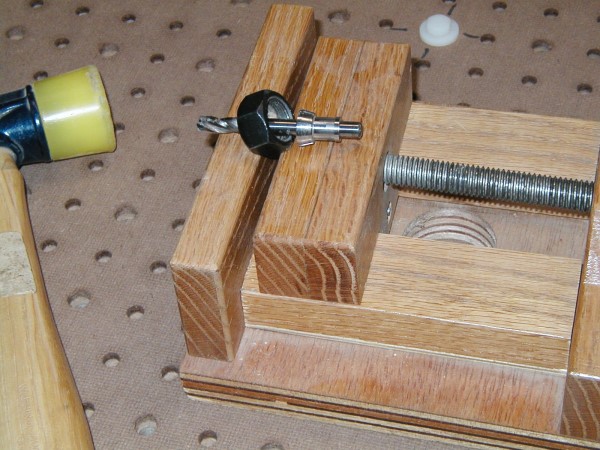 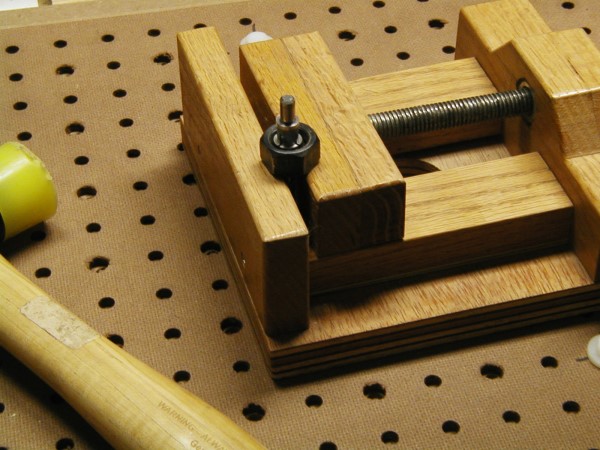 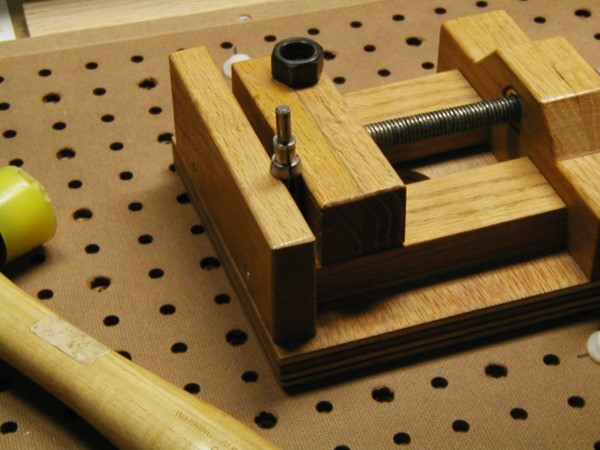 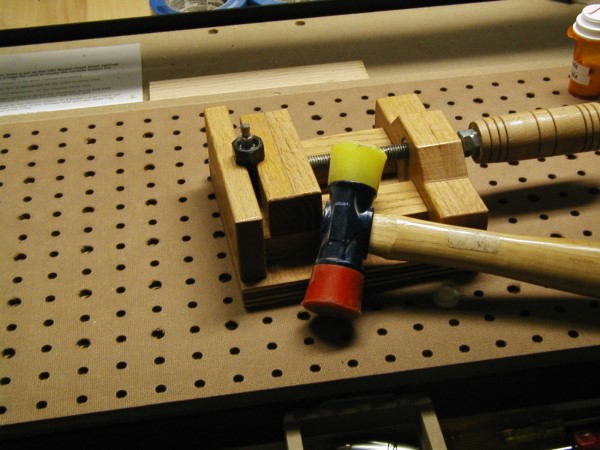