I bought a set of drawers which were originally intended for drill index storage, but they work perfectly for mills. They are made of all metal except for the dividers which are plastic. You could also change the plastic ones out if you wanted to reconfigure it with your own dividers. Behind the dividers is a long horizontal area which I use to store extra cutters.
The drawer slides seem to be the weak point as I wonder if they will eventually rust so if you live in a humid environment you might want to make sure you keep them lubricated, which isn’t a bad idea anyway. The set includes two boxes which hold three drawers with the top being shallow and the two underneath deeper. One additional box has 5 shallow drawers, but it’s the same size. The whole thing is stackable and in my case I drilled holes and bolted them down.
They are also available individually. I might add a 4th one later on. 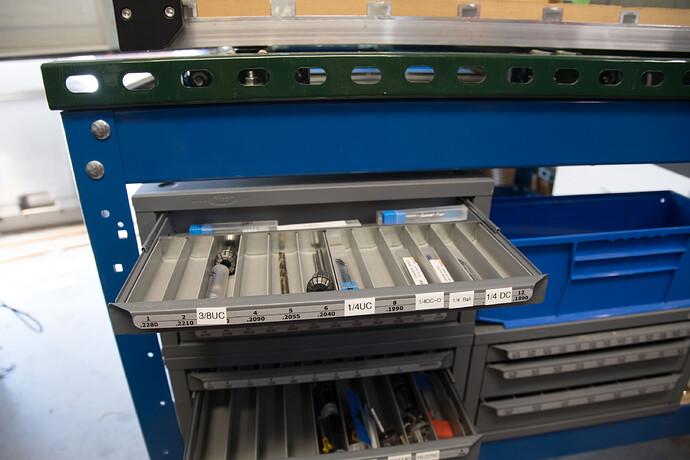 Edit: I do not suggest this print. It took 13 hours and kind of sucks