I am seeing an odd offset of some objects in Carbide Create when I import a DXF I created in AutoCAD LT 2020. I even used the OVERKILL command to clear any redundant lines.

The holes should be under the slots, not off to the left side. When I ‘reimport’ the dxf into AutoCAD it is correct - not skewed.

I get that same offset — will report as a bug.

Was able to fix by opening the DXF and exporting as a MakerCAM SVG: 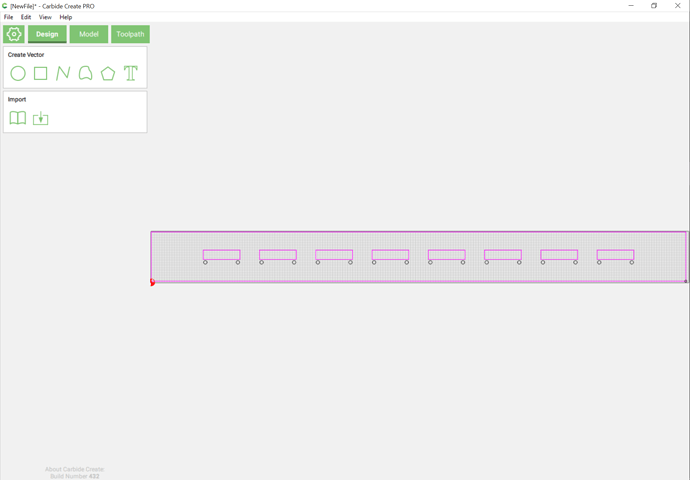 Unfortunately, this resulted in a number of unjoined paths.

Will,
Thanks. I think the issue is exporting DXF from 3D models. As the height dimension gets flattened, it manifests as a ‘stack’ of lines ontop of each other. Even in AutoCAD, I delete a line, and the one underneath is still there.
…But why it moved the hole offsets…is odd.
When I simply create a flat drawing in AutoCAD, old school…it has no export issues.