Edge cut with radius. Use CNC or router table

Say I was making some round coasters. If I want a radius on the edge can I do it on the CNC, if so what cutter? Or would it just be easier to round them on my table router?

I think I already know the answer. As much fun as it is to see my Shapeoko in action I guess there are times when older technology is faster & easier.

It is faster with router table but you can also use one of these bit and then a profile cut. 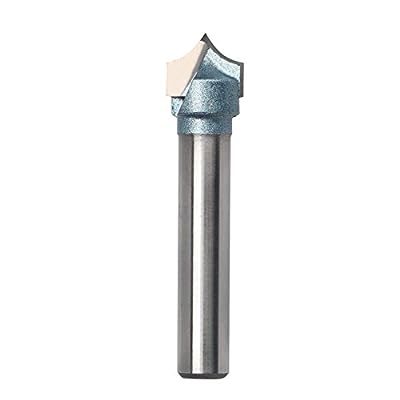 You could always use a ballnose endmill to mill it as a 3d shape, if you feel like spending long Shapeoko hours on something a router table will do in a minute

Seriously though, for many folks it may be worth learning to send commands directly to grbl without any intervening CAD or CAM. Shapeoko is an awesome inverted router table thingy. I used it to mill t-slots into MDF with a t-slot bit, for example, just by sending commands manually. I have a really lame small Ryobi router table, and it is still the best tool for some things; but a manually controlled Shapeoko with a router bit in the spindle is a pretty cool workshop tool for basic straight-line routing operations.

(That doesn’t help with circles of course, but snippets of easily-modified gcode might help there).

If you use IntelliG-Code as a controller it will automatically generate tiny g-code files just like you are referring to. Circles, Squares, Pockets, Peck Drilling, Even Multi-point cuts. It supports Arrays of these also to make things like a bed of holes simple and cutting t-slots or other tooling slots as simple as point and click.

Just throwing it out there.

I did download a trial of IntelliGcode a while back, but I couldn’t get it to do even basic operations at the time. IIRC some of the UI widgets wouldn’t work at all on my computer, to the point where it just wasn’t usable, but I don’t remember the details and it may have had something to do with my setup not the product. Maybe I’ll give it another whirl.

Doing “semi-automatic” operations with Shapeoko is incredibly useful (especially with router bits), so software or even hardware widgets that make it easy should add a lot of value to the machine. With router bits (mouldings, t-slots, etc) it becomes not just a “hobby CNC” but something more than a traditional CNC (I say as someone who knows very little about traditional CNC, hah): a very versatile workshop tool.