Request to embed an image of the design when saving a .c2d file, so that it can be identified visually within the File Explorer or Finder.

Other programs do this, for example, Lightburn does it with their .lbrn extension:

Doesn’t your OS use the app icon? 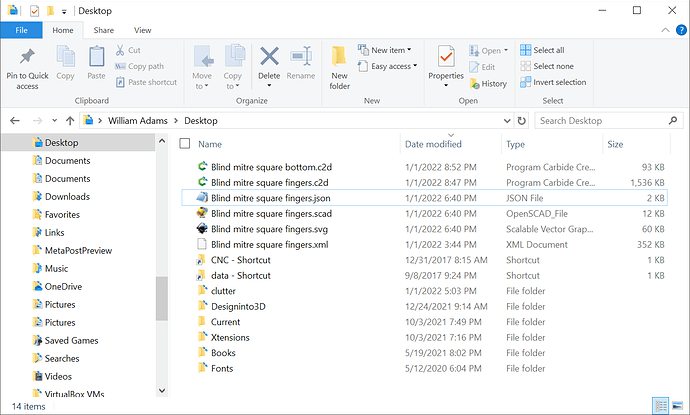 If not, should be a simple matter of file association: 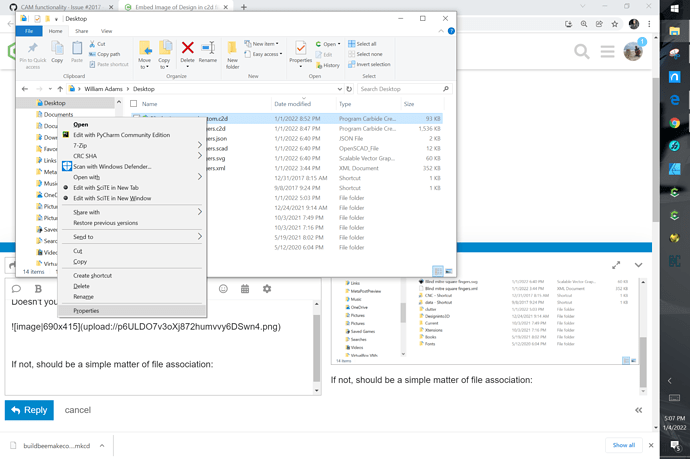 or customizing the file type?

What is that column named?

How does one get it to appear?

Are there any commonly available programs (ideally free/opensource) which support it?

It’s not a column…it’s called the “Preview Pane” and it’s a standard Windows function (also on Finder).

You turn it on here: 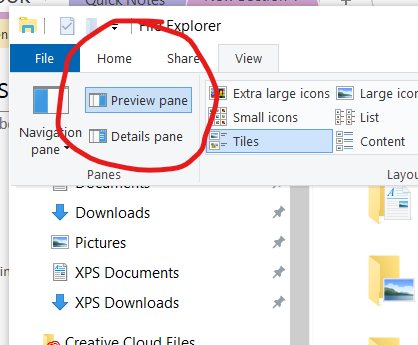 I believe it’s part of the file structure for the various files, so it doesn’t matter which application saves them…but:

Any programs (Open source or otherwise) that save:

Use the Preview pane in the Finder on Mac

All those programs ‘work’, but it looks like they are taking advantage of Windows providing the preview for those file types. What would be needed is a program that writes its own file format (that Windows doesn’t know about), that also provides previews so there is an example of the code needed to generate the previews.

@mhotchin Yes. That’s exactly what Lightburn must have done. The .lbrn format is not a standard Windows format…whatever they did is what I’m asking Carbide to do!

I did a little bit more research and the appropriate terminology for what I’m trying to see (and the one that Google Search actually shows tips for doing it) is “Embedding Thumbnails into your file”. Apparently, there is a fairly simple way to embed a thumbnail image - it bloats your file size slightly, but then both File Explorer and Finder (as well as every other program that shows thumbnails) will display them. The thumbnail is added to the exif data and, like magic, it works.

There is a product called Exiftool that is open source pearl scripts that manipulate the exif data. It only works on certain file types - I was not able to embed a thumbnail in a c2d file - but I don’t know why that was…I’m certain this is the route to go to make this happen - and it would be really nice feature for organization of designs (to be able to click on a design and see it without having to open it).

I find two tools very handy for snipping & clipping files or frames on my computer.

@JayGee Yup…certainly is a workaround. Would be nice not to have to do that, since the tech to embed the thumbnail exists and works in other similar programs.