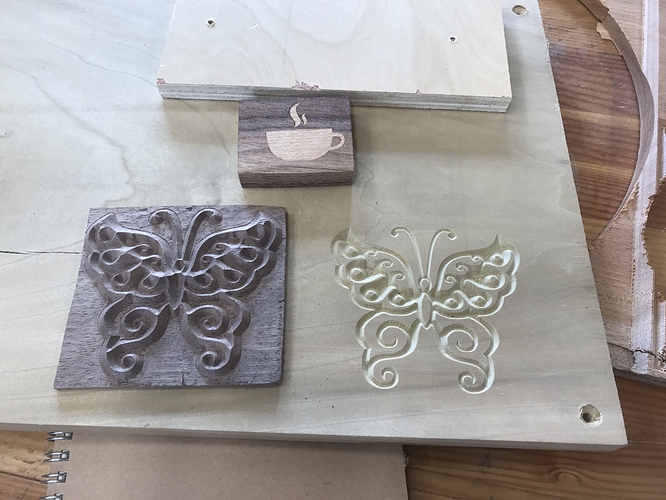 IMG_6605.JPG4032×3024 2.28 MB
Hi! I have been teaching myself how to do V-Carving and V-Carving Inlay. I am cheap, so I am using mainly free programs. F-Engrave is an awesome free program that works great for V-Carving.

The problem that I am having is compatibility with the latest Carbide Motion, the G-Code from F-Engrave doesn’t seem to work. I get an error that says “Feedrate Missing”. However, the G-Code seems to work fine in Universal G-Code Sender. I would rather use Carbide motion though, because I like using Carbide Create for the outside cutout after the engraving is finished. 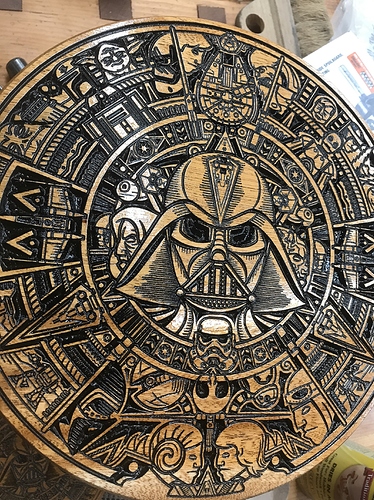 Please send any files which Carbide Motion won’t send to the machine to support@carbide3d.com and we’ll see about getting it to accept them.

I did not end up taking Will’s advice because I found that I was not using the latest version of F-Engrave. I upgraded to F-Engrave version 1.63 and haven’t had any problem with Carbide Motion compatibility since. User error was causing the problem in this case!