My dust collection uses a Festool CT MIDI (connected to a cyclone separator), 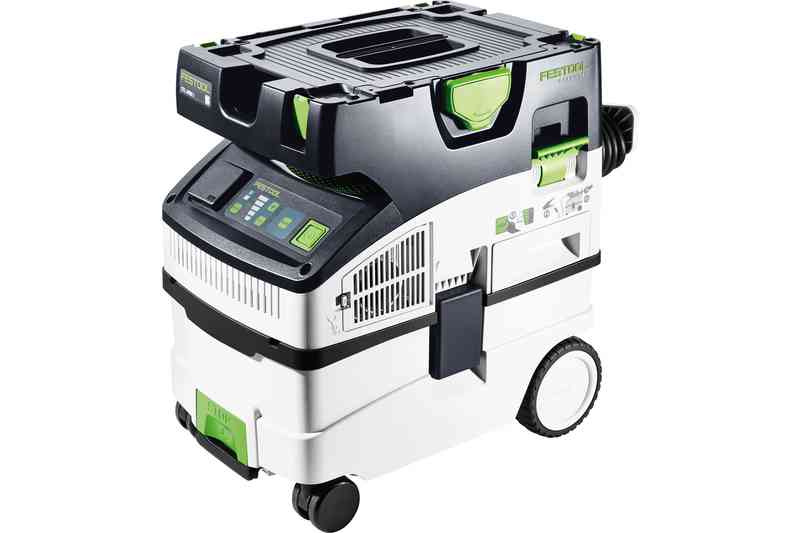 and I have been very happy with it EXCEPT one extremely irritating detail.

I have it plugged on my (very DIY 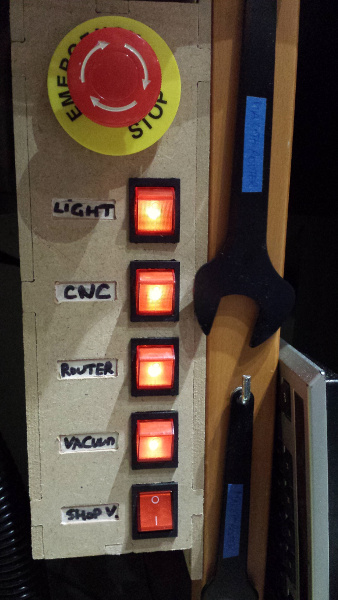 BUT that Festool model only has a momentary push switch for on/off, so it won’t start when “just” supplied from mains. One has to push that button right there to manually start it: 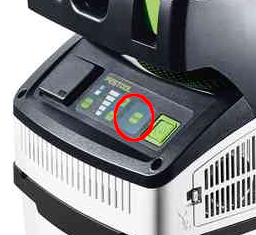 which defeats the purpose of me having it placed underneath my Shapeoko, inside a soundproof enclosure.

The only other way to have it start is using the auto-start, that’s when it detects that something plugged in the output power plug is drawing power: 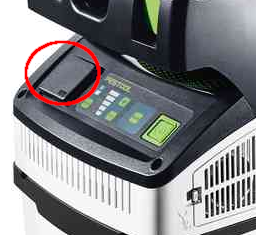 This is quite convenient when using a power tool plugged there (the Festool will start and stop automatically when one uses the tool), but in my case it means that the only way I can have it start when I flick that 220V power switch, is by plugging some load there.

A few tests revealed that it took about 15-20W to trigger the vac. I wondered what I could use (permanently), that would not be a total waste of 20Watts. And finally I settled on this air extractor: 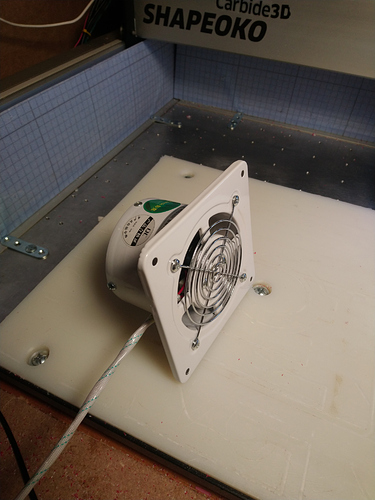 It draws about 20W, so it does trig the Festool, and is something I have been wanting to do for a while: add active air extraction from the lower part of my enclosure, because on hot days and long runs, it was getting hot in there.

I love these vacuum cleaners. I have the MIDI model as well but an earlier version. works great. I’ve had it for about 10 years. I like to operate it manually. I have the old button that you press on auto, manual or off. I use it for all my festool machines, or for the garage, but especially for my shapeoko.
Good deal @Julien.

I’m using the Fein Turbo 1 and sourcing power for my IOT relay (pre-BitRunner) from the tool outlet. With this configuration the vacuum starts with the router and switches off 30 seconds after the router. The load of the IOT relay is way below the turn on threshold of the vac so it happily waits for the router.

Not quite as old, but I’m w/ @Bwood34 and have the older style which has the 3 position switch (auto/manual/off) and it works perfectly w/ the BitRunner, and I’m glad to not have to deal w/ a momentary push button and attendant complications.

I’m waiting for my bitrunner tomorrow, maybe I’ll switch to automatic. ( with the vacuum cleaner)

by that time, @Julien will have figured out the solution

I use the Bluetooth module on my CT26, which more often than not, is used with Shapeoko. Using hose mounted Bluetooth button, I turn it on before a cut, and off after. And can easily turn it on/off to clean up the work area. Like most of their plastic wares, it is not reasonably priced. I believe your Midi, being of a newer generation, has the receiver built in. So the only addition required should be a remote.

Yep, I did consider using the Bluetooth switch, but besides the price I thought it would break the “integration” I have with my control panel switches all in one place. I curse at having to use two different remotes to turn on the TV, so I was not going to do that to my Shapeoko setup