I got my Shapeoko 3 XL back in September. I had a lot newbie issues (set screws, belts that needed to be tightened, stiff bristles on a dust shoe!) that I had to work through. I received a lot of help from support at Carbide3D and from people here on the forum, and I really appreciate it. I just wanted to show a few of the first real things I’ve finally been able to make. Note: I am a 52-year old geek, so they are all geek related!

This first one is a modified version of a sign I found in the Vectric forums. I modified it and shrunk it down. 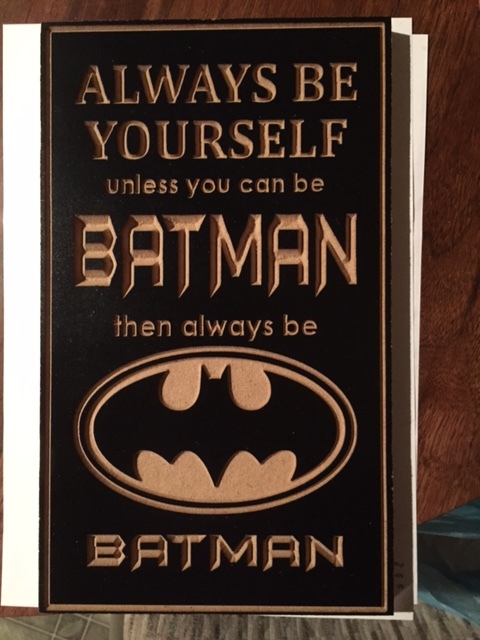 I have a friend who is a James Bond fan, so I modified the sign as such: 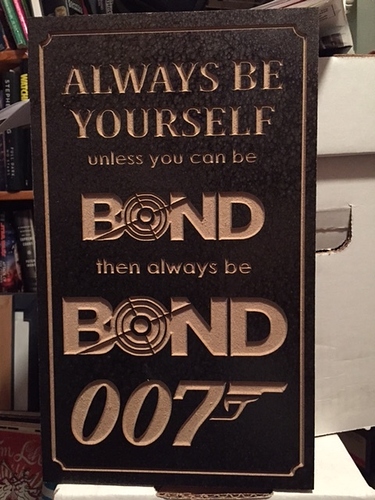 I also made these two inlay designs. It is hard to see from the picture, but they are not flat, 2D or 2.5D designs. I did a 3D dome surface, then cut the parts into that 3D design, so all the parts are slightly curved. 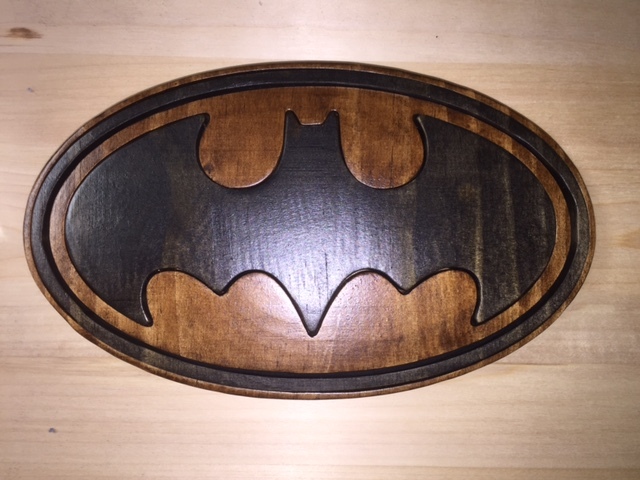 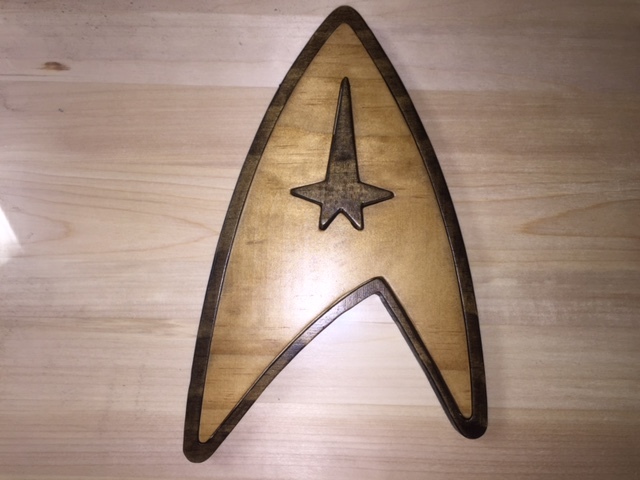 Very cool! For your inlays, are the inlays protruding from the surface (by ~1/16)? If so, are they curved as well as the base material?

Thanks for the kind words. For the two inlay designs, this is what I did:

So, the inlay pieces do have the same curve to them, but they stick out about .1 inch above the pockets.

After making some Christmas presents that I need to do, I’ll make a Superman shield, a Green Lantern symbol, and some other things.

When I first saw this, I thought you ran the 3D shape on the base, put the inlays in as square top pieces, and then ran the 3D shape again with a .1" offset to trim down the inlays. Your approach makes a lot more sense and makes staining easier.

I really like that the inlays stand proud. Thanks for sharing.