I have a Flip Jig and no matter what I do I can’t get the 2 sides to align. I do understand the process but when I go to attach the Flip Jig, there is play in both holes so there is no real way to insure it it is in the same place relative to the plate. Even removing and reattaching it without flipping, it is a slightly different position each time so I can’t even align it one sided. Is there a solution? Has anyone else had this problem?

Can you explain what you mean about misalignment? Are you out a few thousands or tens of an inch?

It varies by it often more than a millimeter. 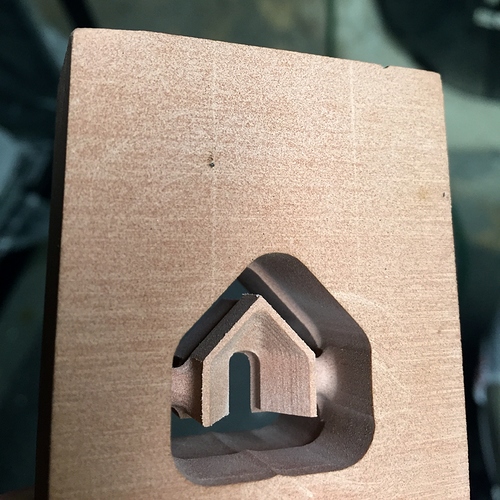 I’ve been thinking about this and maybe it is a y homing issue. Perhaps I could experimentally determine an offset. I see no way to adjust the y in software and I’d rather not try and play with the home switch. Do you think this will work?

Apollo is the flip expert here on the form so let’s wait for him to give you some advice.

@cgenco
The fit should be very accurate.
I would test cut a hole on some scrap and take some photos .

Carbide 3D Flip Frame for 2 sided machining How To

Machining 3d parts, the easy way! Lets get started with an overview of the Carbide 3D Flip Frame. [image] 2 sided Knight and Female Figure. Machined in Precision Wax Blocks in the Flip Frame. [image] The Flip Frame holds material up to 1.25" thick and has a maximum interior holding area of 2.9" x 4.9". Stock materials smaller than these dimensions can be held in the frame with the 3 adjustable button head bolts and some shimming. [image] Step one when using the flip frame is to measure…

I did an experiment milling the same files twice. 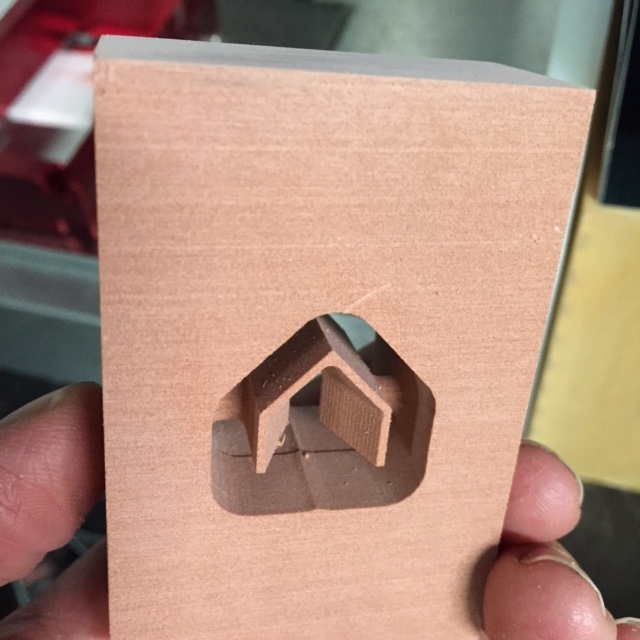 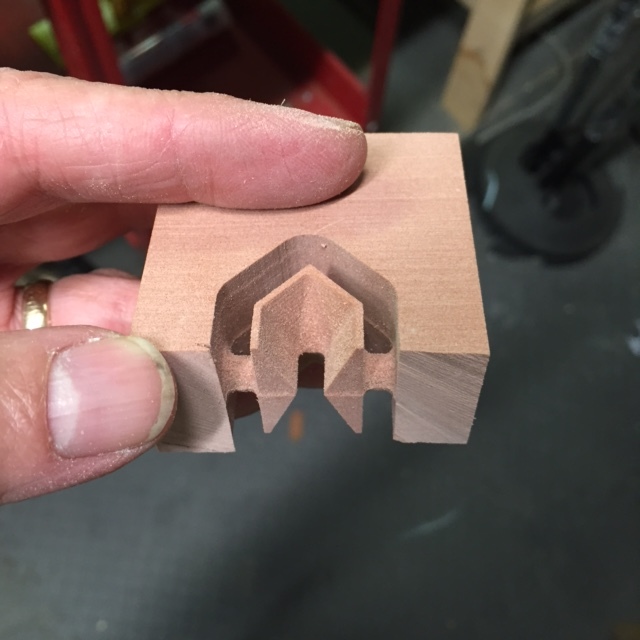 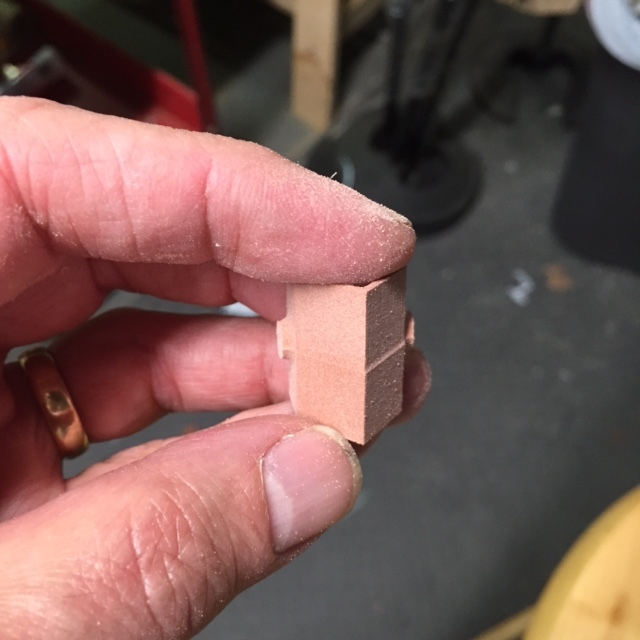 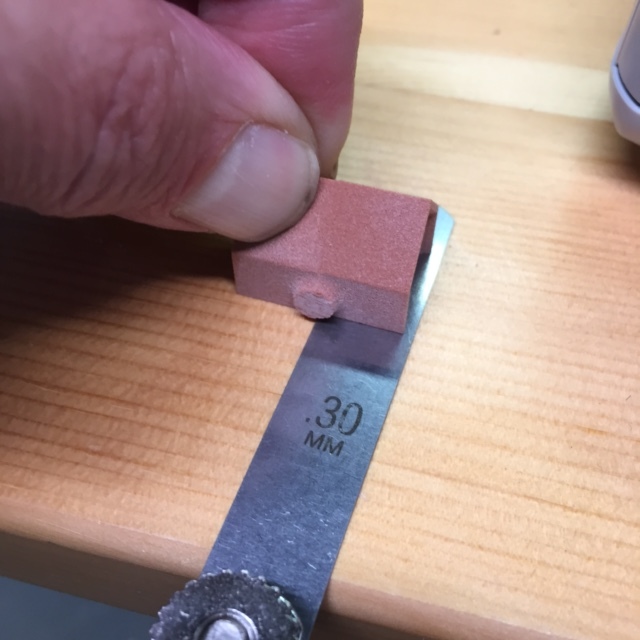 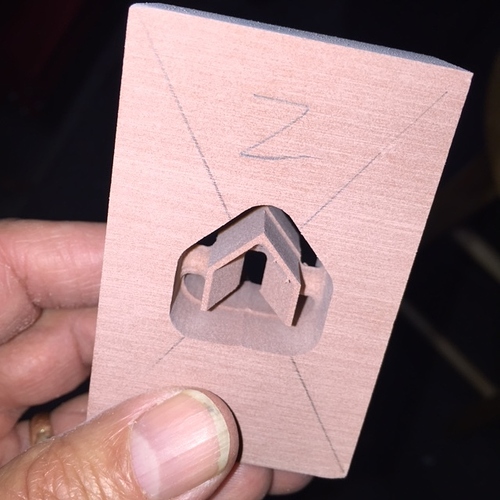 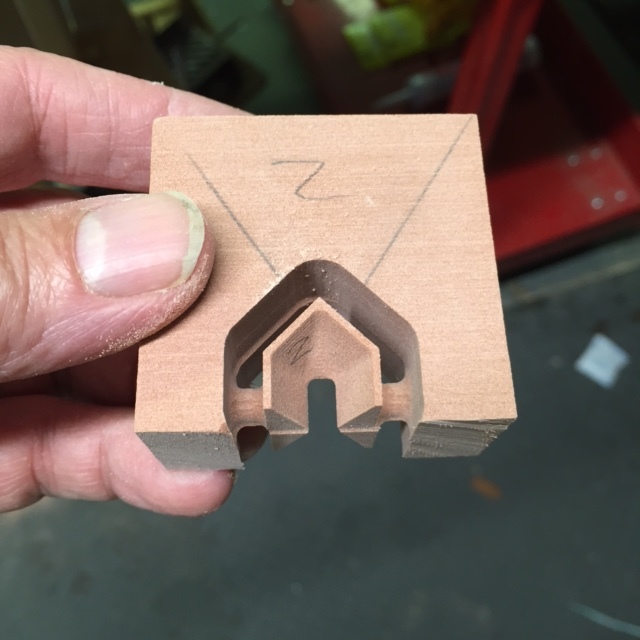 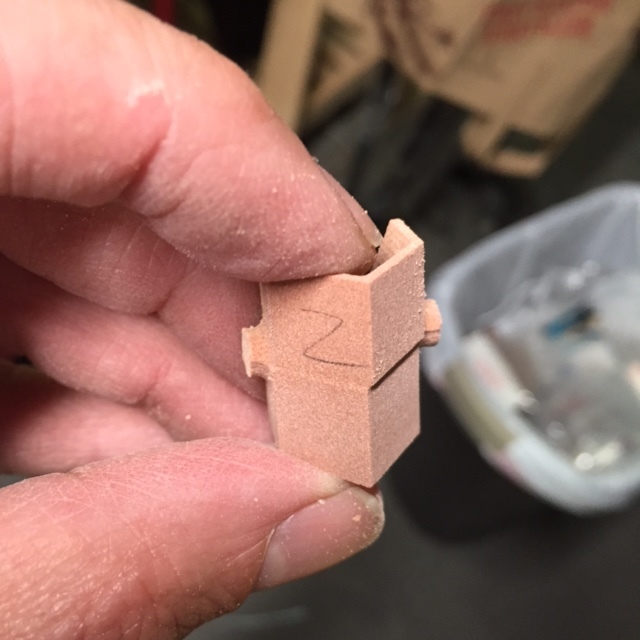 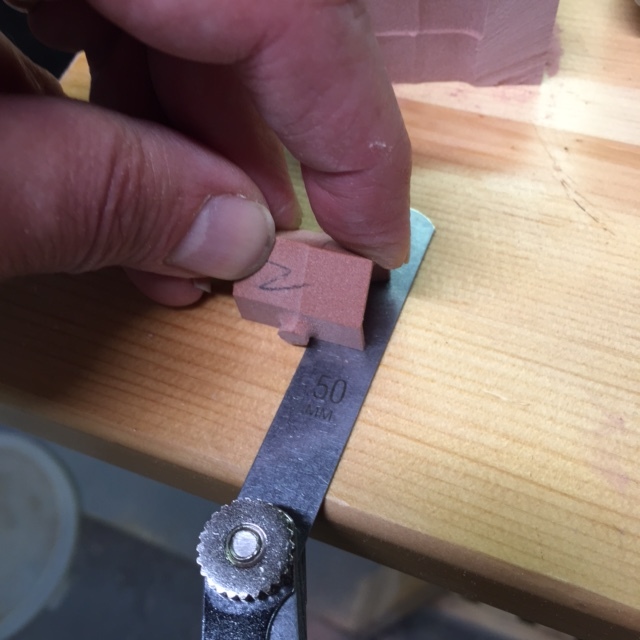 Y was zeroed and not changed between each try.

Here are the MeshCAM files if that helps.

Based on your first post, where you noted some play in the flip frame to table pairing, I think that is most likely the issue.

When mounting the Vise or flip flip frame to the Nomad table, what I do is pull the frame or vise toward me.

There is an amount of clearance for the two parts to fit together, but it should not be that loose.

Do you have an original Nomad or the PRO?

Can you take a picture of your flip frame mounted in your Nomad?

It’s the original kickstarter Nomad. Things got complicated so it sat idle for a while before using. Never used the flip frame until now. Starting to use it for a new project. 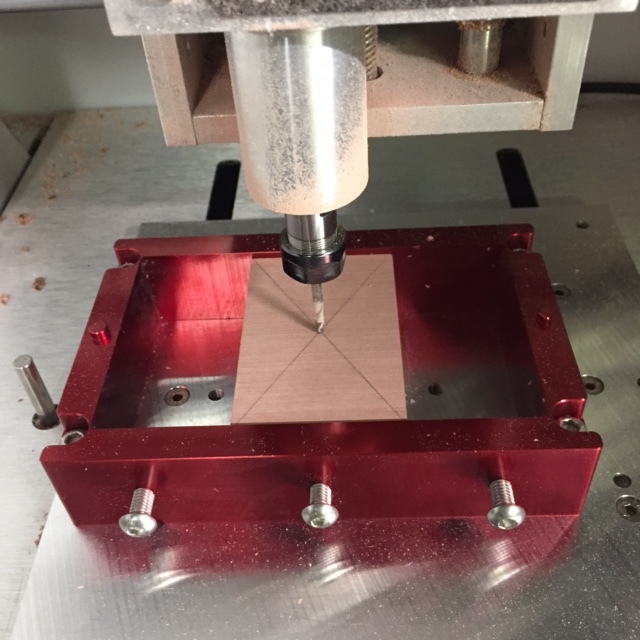 @cgenco What did you find the problem to be? I am finding I can compensate Y by about 0.53mm and stuff appears to align. I can’t find anywhere in the software to permanantly compensate for this. I guess I will have to write it on the wall and remember each time to adjust for an offset?

I realize this topic is ancient, but I’m having the same problem, down to the same measurement error. There is also the discussion about the Y-center being off in the firmware: Major issues with Y axis and double sided maching
Was there ever a resolution or recommended solution? Currently the flip jig is less accurate than just using a reference hole, which is…a bummer.

Please work up the complete details on how you are using the flip jig and send them in to us at support@carbide3d.com — if it’s consistently off due to a flaw in manufacture we will of course replace it.