Font won't allow me to do a pocket

I am doing a sign project and I noticed that the font I am using will not allow me to pocket out the letter “e” in CC and I wanted to see if anyone had some tips or recommendations. I’ve include the file for you to look at.

Font used: Damion - Regular (you can find it on google fonts)

Usually this is caused by a poorly constructed font or overlapping characters. You can fix it using Boolean operations as noted at:

In this case it’s the latter: 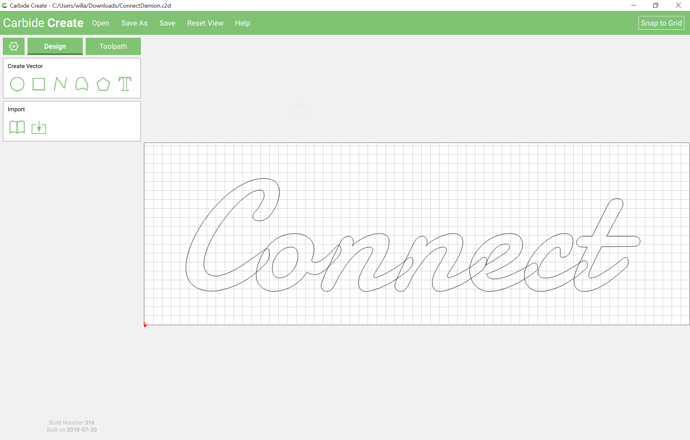 Draw in a small object: 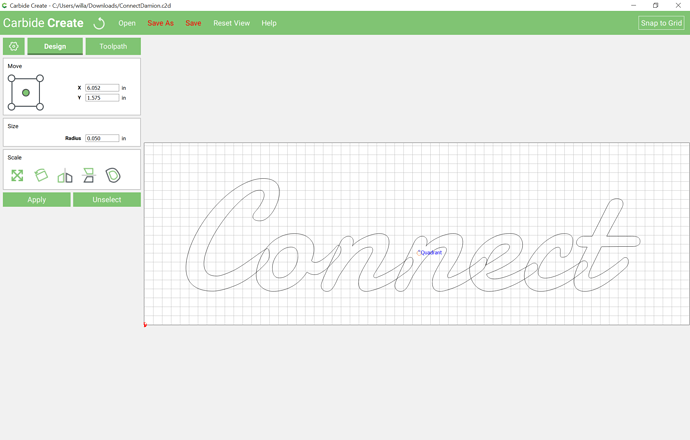 and do a Boolean Union: 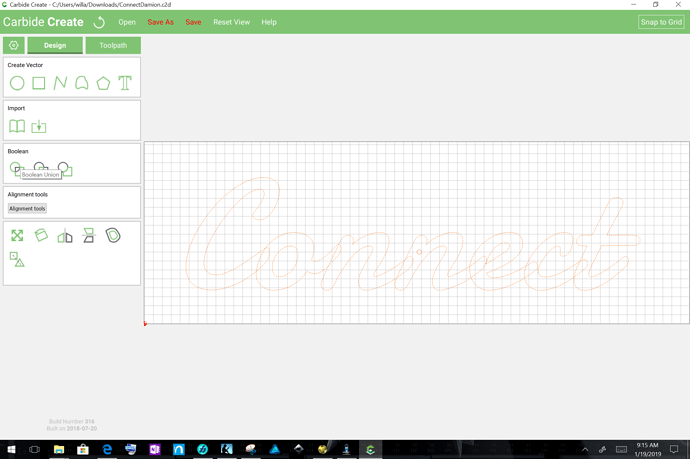 which will convert the type to geometry making individual path(s) selectable: 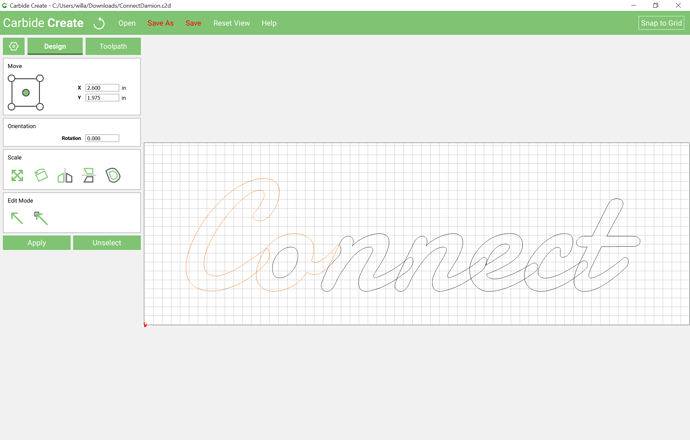 Duplicate the text, put a space in between each letter and then do the Boolean Union: 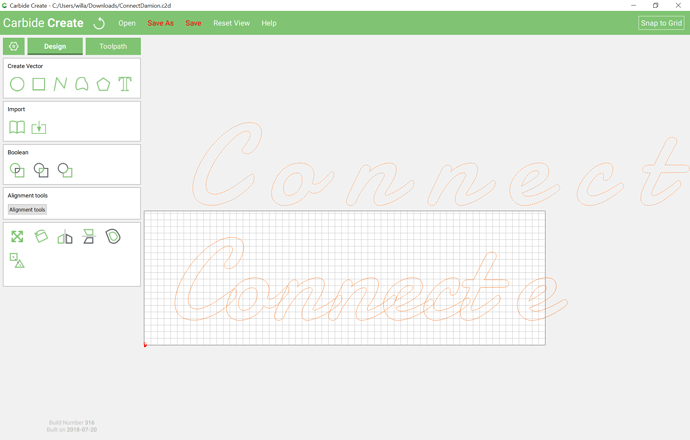 Then drag each letter into registration and then do the Boolean Union of the outer letters to arrive at: 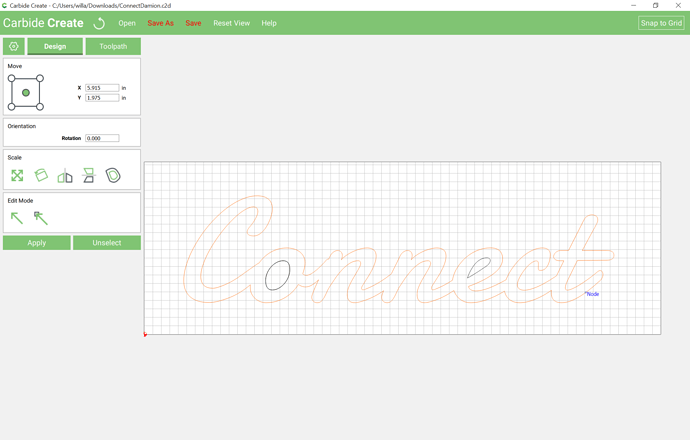 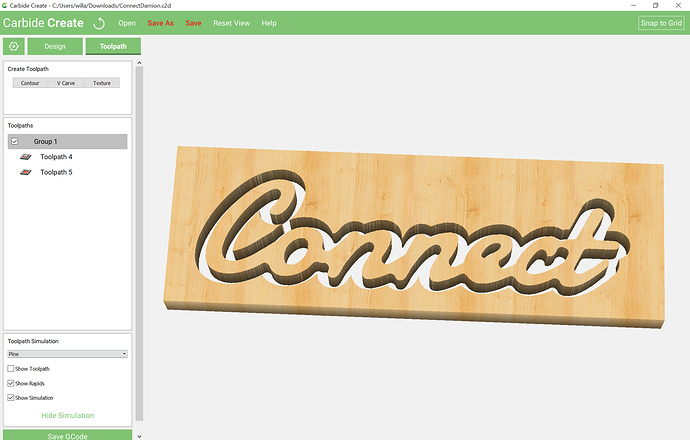 I would suggest that you use a V carving to clear around things with better detail:

Beautiful! Thanks you Will.