I, as of two weeks ago, have a NEW computer. This will allow me to be able to use Fusion 360 more efficiently as well as gaming in ULTRA graphics mode. Anyway, in switching over to the new computer all my software and programs did not make the complete trip over.

I have spent the better part of today, off and on, trying to locate the G-Code simulator that offered multiple views of the code in action. (Side, Top and is it perspective?) While running.

I still have Camotics but really don’t like it any longer since using the other.

I thought it was NCViewer but what I found only shows one view.

Any help in this area would be greatly appreciated.

I tried to list all the free/opensource options at:

Commercial programs were listed at:

Do you recall which one had the multiple views?

You can see the visualized gcode from any angle with ncviewer.

You can see the visualized gcode from any angle with ncviewer.

What Neil said: you can freely rotate the view but it’s also handy to click on the faces of that thing on the upper right side, to move to one of the predefined camera positions: 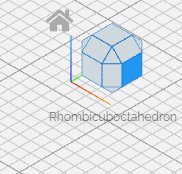 I believe this will help in the interim.
Specifically, I was looking for the software that has the on-screen views in windows to see all angles at the same time. I can’t remember the name of the darn thing. 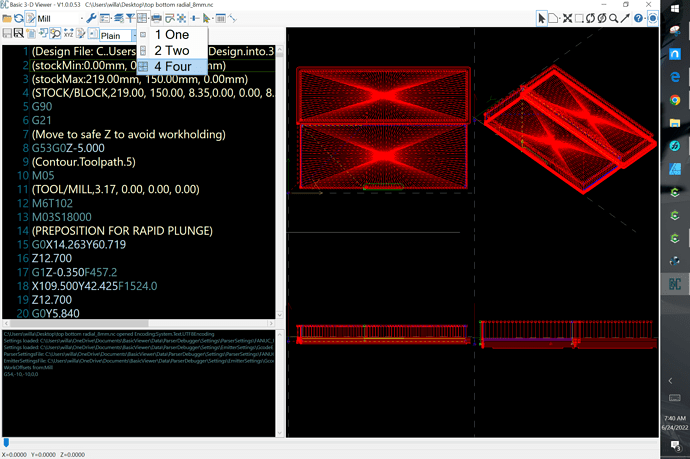 You are the man Will.

Thank you very much!
Eric

When I install sw on my computer I move the installer to a folder. I always have a backup copy if needed. I have almost every version of cc and cm I have ever installed.

Because I backup my hard drive to two separate usb drives I am protected against hardware failure after fixing the problem and restoring.

Because I backup my hard drive to two separate usb drives I am protected against hardware failure after fixing the problem and restoring.

Raspberries to you, my friend.

It is never too late for an old dog to learn new tricks. Going forward you can still have drive failures on a new computer. I used to go to peoples houses and fix Apple Computers. I had to replace drives regularly and for my part I would restore the operating system and the customer had to restore their data. You dont know how many people just looked at me with a funny look on their face when I asked them if they had a backup. The worst case I ever had was a college student that had his thesis for a PHD on his failed hard drive with no backup. He had thrown away all his printed copies that he had done corrections on and updated the wood processing copy. He was sick and I was sick for him.

As Will Adams said