Have I got this correct, please:

I’ve designed a plate in CC and, just to be difficult, I want to etch text into the plate.

I’m assuming I will need three toolpaths: The first to make the holes (through cuts), the second for the text (not through cuts!) and the third to cut the piece out of the stock (1.8mm plastic).

I’m not sure yet how to set the depth of cut for each toolpath, but I’m trying

First I’ll note that there is a set of C3D video tutorials for CC that you should check out (but you probably did ! just double-checking as they give a pretty good overview of the workflow in CC)

Now, about your design file: 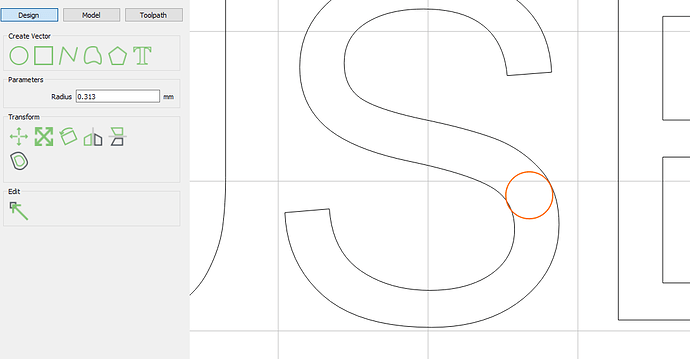 image1091×568 42.1 KB
This is really not convenient, also it would give you rounded corners so the text would not look the same as the font. That’s why very often people use V-bits to carve text: the point of the vbit can go arbitrarily shallow, and can get in those corners. How deep it goes is controlled by the spacing between the selected edges, and the angle of the VBit. For a 90° vbit you would get: 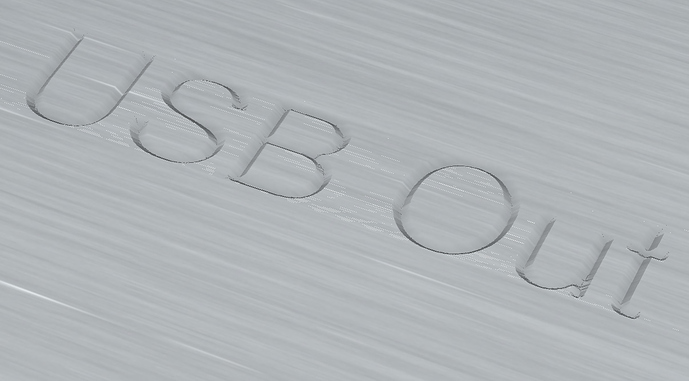 while a 60+ Vbit would produce this (but would also go deeper, so stock thickness comes into play): 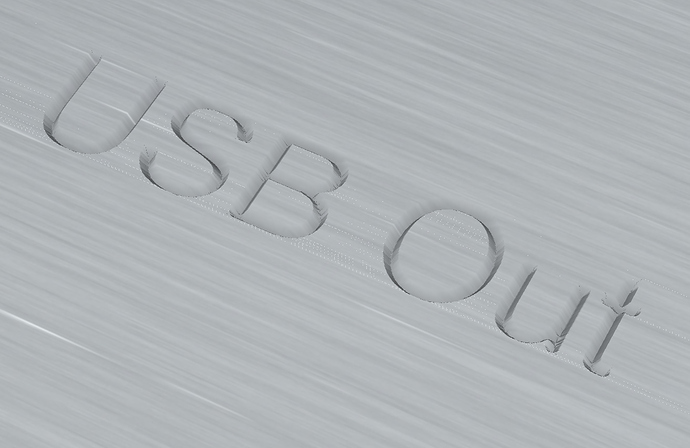 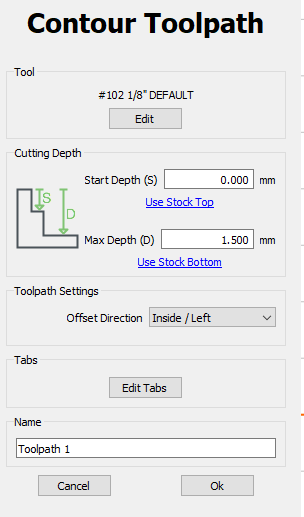 Whew, such a simple question…!

I have had a look at the tutorials, but I might be a bit dazzled by all the terminology and the speed at which the information is imparted, but I’ll have another look.

I do have a 1/32" fishtail upcut bit which, according to the supplier, can be used to cut plastic, so I could use that?

I’m not too bothered about the text, in truth. It was just me getting clever - not!

I do have a 1/32" fishtail upcut bit which, according to the supplier, can be used to cut plastic, so I could use that?

Sure, however that’s a teeny tiny endmill, susceptible to breakage if anything goes wrong. What kind of plastic do you want to cut and what thickness would your stock be ?

It will also take a long time to pocket those holes with such a small endmill.

I have no clue what type of plastic it is, other than it used to be a divider in my Stanley storage box, and it’s 1.8mm thick.

All the Stanley storage dividers I’ve seen have been HDPE — should cut easily, but you have to balance feeds and speeds so that the plastic doesn’t melt onto the endmill.

My first version of this cut pretty well, just a bit too close to the edge to be of use (my fault) and it didn’t cut all the way through. There was some cleaning up, but that didn’t take long.

This version is designed to be cut out of the middle of the ‘stock’, but led to several points about including text and the number of toolpaths.