Has anybody noticed how much the Suckit arms (legs?) flex on the HDZ? I made this brace out of aluminum to stiffen it - it’s not rock solid but it’s back to what it was on the stock Z. Plus, I added a notch to hold the router cord up out of the way. 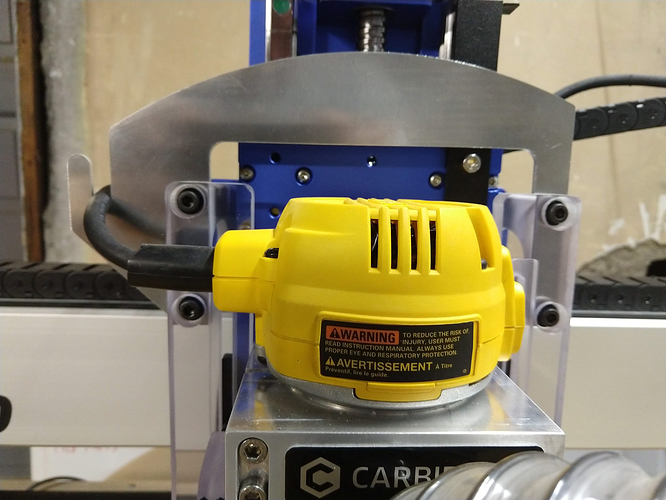 This post is very timely as I’m just adding the HDZ and moving my SuckIt from the old Z carriage. It looks like something I want to do too. Thank you

Luke has a set of brackets just for this…

I see in the picture that your Makita router is turned so your speed control wheel is towards the back.
With the new HDZ can you get to it to adjust RPM’ s easily. ? Jeff
My other question is What led you to buy that up grade.
Thanks Jeff

That’s the Dewalt router with the speed wheel to the right (in the usual position).
I bought the HDZ to improve performance and quality, mainly with aluminum which I cut occasionally, but also with acrylic which I cut mostly. And, it has been better in both.

Do you mean the HDZ - Suckit adapter brackets? I have those - they’re behind my plate. They’re what’s flexing. If you mean that he has a bracket/plate like mine, I didn’t see that on Luke’s site.

The better ‘fix’ would be stronger/stiffer adapter brackets, but this was quick and easy. Guesstimating, but i was probably seeing about 3/8" of lateral movement off center at the dust boot during cutting. That’s mostly gone.

just curious, Luke’s blue brackets attached on the back of the HDZ are small and thick and very stiff on mine, is it really where the flexing happens? isn’t it rather the parts from the Suckit itself (the extensions into which the long screws go) that are flexible ?
I’m interested to know why you wanted to fix this flex, I have one very specific usecase where I would need a stiffer Suckit, but for the most part it doesn’t matter since there is very little force on the dust shoe anyway ?

I didn’t explain it right. I have Luke’s metal ‘ears’ - those aren’t flexing, and I have the Suckit adapter brackets that attach to the ears - those are what’s flexing. So yes, it’s what you said.

The first reason I need to fix it is that I cut a custom Suckit plate with a narrow opening to increase suction and to limit chips from flying through the large stock hole. Too much movement with this & it hits the end mill.

The second is simply that even with the bigger hole, it moves too much on some of what I do. See the second image below - that’s a jig for a small aluminum part that I’m cutting, and a cardboard riser around it that’s nearly flush to the top so that my dust boot can do its job & clear the chips (and keep them out of my shop). With the stock Suckit setup, the peaks & valleys of this pull the dust boot all over the place. With my bracket it stays pretty much in place. 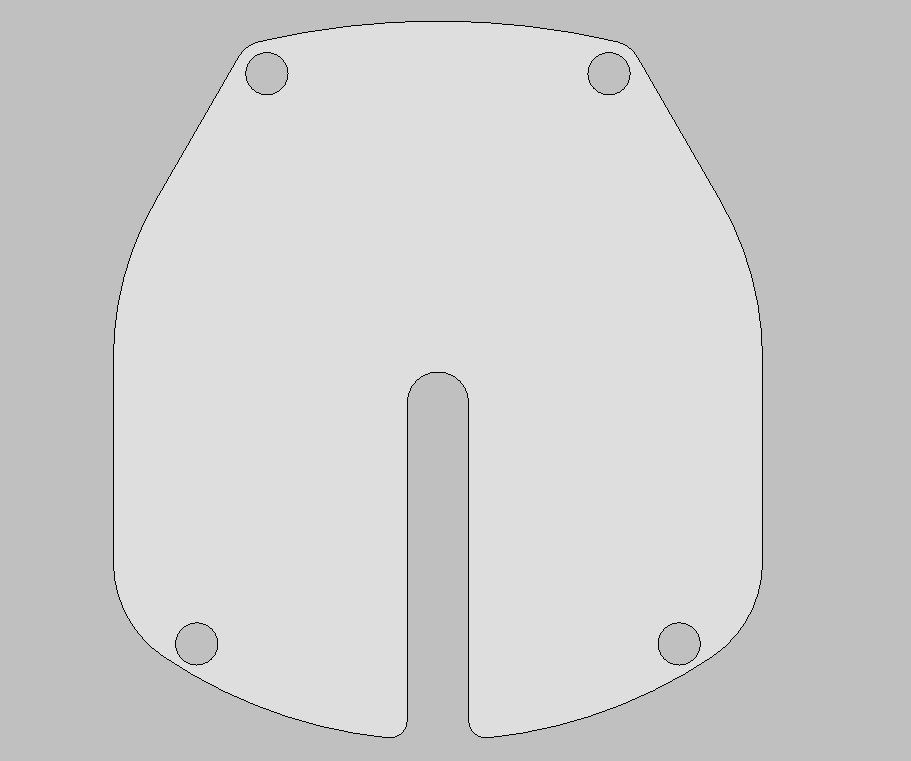 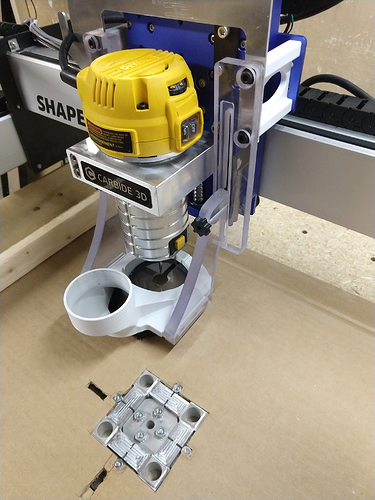 Brian how much work was it to put the HDZ on. is there a video some where that show’s installation
Jeff

There are instructions on Luke’s site here. It’s what I followed & they’re pretty good. It probably took me about 2-1/2 hours or so to do, but that’s partly because I was being so methodical about it, so I didn’t make mistakes.