I’ve tried a few different projects with hempwood. I got a few boards of both face sawn and rift sawn. You can order it here: https://hempwood.com/ 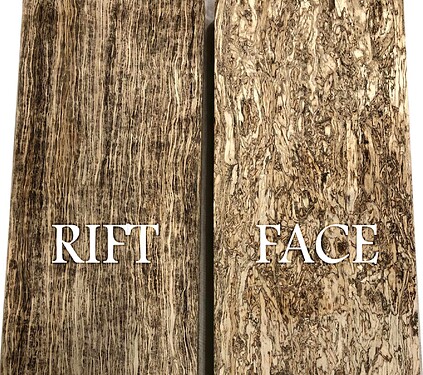 I really like the idea of it, and it looks pretty neat so I figured I’d give it a go. Speeds and feeds were done with normal hardwood settings on the nomad. Didn’t see a huge need to change it up. Though possibly multiple finish passes on things would’ve helped, I think I left .5mm stock to leave and maybe leaving that at .75 and stepping in at .25mm increments would’ve helped reduce some of the chipping.

I’ve been doing a few hex boxes for people and it’s a straight forward enough model that it’d be easy to do on this wood. Some results: 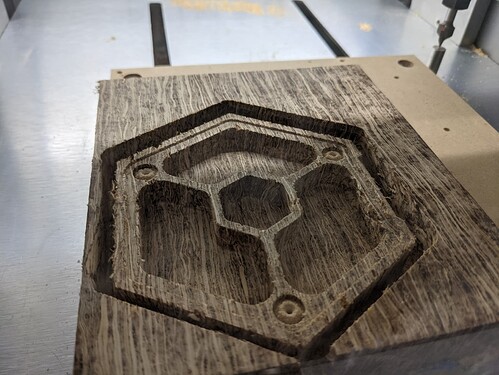 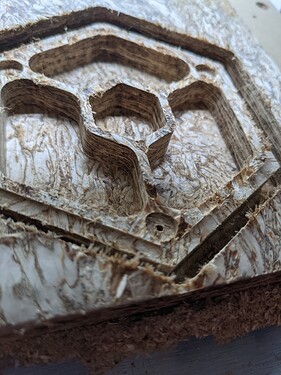 I think the wood has a unique look, and some people will really like the concept of the wood. Might be ideal for rolling trays for a certain crowd. Making boxes, or picture frames are certainly in it’s wheelhouse, but I think 3d designs is where it’s a bit weak. Also if you do a rolling tray type thing the board can get a bit weak on the rift sawn if it gets thin.
You could probably toss some sort of resin, or penetrating epoxy to stabilize the wood, and I’m sure any complaints I have about this go away. I opted against doing that, mostly because of laziness, but partly because any epxoy/resin in my mind kind of goes against the environmental friendliness of the material.
I also think it’d look really neat with some sort of dye/stain.
Figured I’d post here since I think it’s come up in a few threads, and share my thoughts in the hopes it’s helpful. I think it’s a neat product, but does have some considerations.

I ordered some of the face sawn hemp wood but haven’t had a chance to do anything with it yet. I guess down cut end mills are probably best to try to mitigate the tearout.

For those in the S. California area, Reel lumber carry’s hempwood in their store for pickup.

As usual these days, if you can’t get them locally, the shipping negates buying the product. UPS on a plank is in the neighborhood of 3 times the product cost.