I’m new to the forum and new to CNC all together. I’m a leatherworker and I’ve been making myself sick over researching which machine to buy

I think I’ve finally narrowed it down to the Shapeoko XL, however one of the reasons I want a cnc is so that I can make my own custom brass stamps. Small ones, like 3/4" - 1.5" makers marks. I know the Nomad would be better suited to this, but I also need to make big acrylic templates for other leather goods (and maybe try and get a drag knife set up for cutting out prototypes).

Anyway, this is just an overly long setup to ask this:
Is the Shapeoko XL capable of the level of detail I need to make these stamps or will I end up having to get two machines eventually?

Attached are a few examples of the level of detail I’ll like. 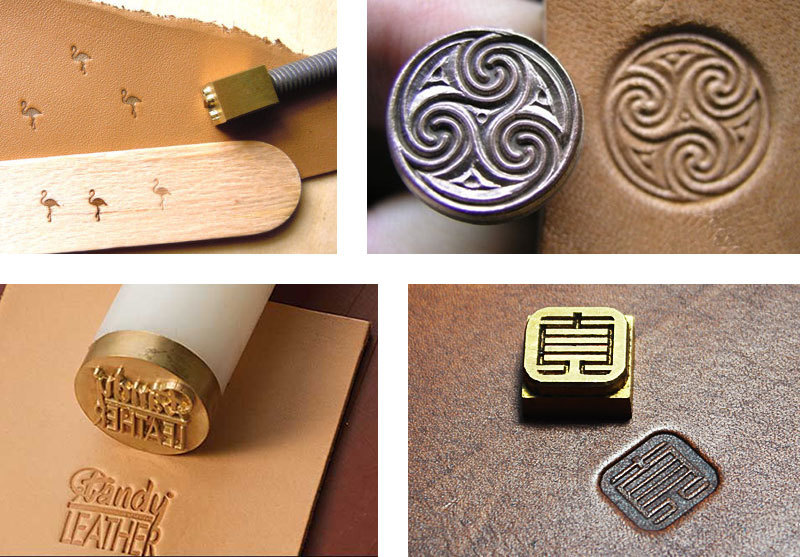 You bet the Shapeoko is capable of producing these fine stamps, and a LOT more. Look at what I machined a few days ago on my S3.

You got a .001" TIR from the first side after flipping it over? That’s impressive to say the least!!!
Would love to know how you got it so accurate.

What spindle are you using?

First, to get my OD’s and ID’ very round I am adjusting the motor/belt compensation for each precision bore set or OD, and that’s done on a test/setup part…sometimes several. This is a real pain in the butt and I don’t recommend it. Out of the box I was getting +/- 0.0015" which is good enough for 99.999% of the owners. Secondly a GOOD vise. I made my own and it’s very square and level. Thirdly, take your time. My second side took about 4 hours.

I have 3 spindles, and I choose them depending on my project. This project involves a lot of mild steel and so I’m using the Makita RTC0700C router.

Thanks for the info! What spindle would you recommend for the type of brass applications I’m looking to do? I already own a DeWalt 611 for home use, but I wouldn’t be opposed to a more appropriate router for the brass work.

That’s amazingly good runnout Rich, 0.025mm TIR using a router! I never knew that was possible. Where do you get a RTC0700C router from?

I’m an engineer and a machinist, so it’s about the math. Find the cutters that you will be using in their respective recommend surface speed for the material that you are using. From there calculate the RPM. The Dewalt as a low-speed of 16,000, the Makita 10,000. Both have an high speed of 30,000. For example Eye and Card and mild steel, my cutter’s manufacturer recommends 650 to 700 SFM, which translates to about 10,500 rpm. So the Makita was the choice for me, today

That big orange place called Home Depot, (in the USA)

Some people modify their Dewalts with a product called Super PID so that it can be set to a precise RPM and maintain good torque down to 5000 RPM or so. I have purchased the product myself but have not done the mod yet, so I have no “review” on how well it works, etc. But it is something to be aware of as a spindle option.

Hmm thanks for that it sounds good. My other gear is makita though so I might just talk to them here and see if they can get it in for me.

Super PID works with lots of different routers (so they say, and again just FYI - not endorsing a product I haven’t used yet).

Don’t forget, that with the Super P I D speed controller you take a brand-new router in void a three-year warranty, for $150 in about four hours of your labor. This part makes no sense to me.

The Mikita, also has a built-in speed controller that goes down to 10,000 RPMs, for $9 and comes with a warranty

Hear what your saying Rich re no fuss but just checked out the SuperPID link that Matt shared and it does look pretty good with closed loop encoder feedback to boot. However it’s the runout that is of more interest to me. It won’t help with that.

Rich does have vastly more experience with CNC than I do. Plus for me this is just a hobby – the tinkering is at least half of the fun. There is no budget, timelines, or even specific goals. So by all means keep all that in mind. I just throw Super PID out there as something that a surprising number of Shapeoko owners have adopted, IIRC, based on a recent poll that I don’t have handy. I got one to tinker with myself, and even briefly considered designing my own. Heck, I might still do that at some point.

If you’re concerned about runout, the best thing to do is to get a real spindle, a Kress or an Ugra — both are listed on the wiki:

That said, I went w/ a Makita and a pair of Elaire collets (both the 1/8" and 1/4") — also have sourced a 65mm spindle mount and will hopefully work out how to drill/tap that to get it mounted this weekend when I do my upgrade and work out my spoilboard / T-track workholding system.

That would then just leave belt stretch and backlash and the machine flexing — the new 9mm wide belts help a lot w/ the former, and I believe, but don’t have any evidence to support, that the Made in U.S. belts from SDP/SI are better quality and less prone to stretching or other problems than the markedly less expensive belts from most other suppliers.

For backlash and the machine flexing, these can be managed by leaving a roughing clearance and cautious numbers for finishing passes and being certain to get the path direction right.

Did do one fairly detailed project on my SO3 — a pair of calipers:

Planning on cutting out a second pair of brass after my XL upgrade as a point of comparison.