Robs blog post sums allot up - to say I’m pleased to announce this, is an understatement. Check out the post here (Introducing Shapeoko HDM) I’m sure you will have questions which we can address here on the community.

Here are a few pictures of some parts made last week on one of our test rigs. These are all aluminium parts but have a wonderful finish and have come right off a machine.

The Shapeoko HDM is a very heavy duty machine. 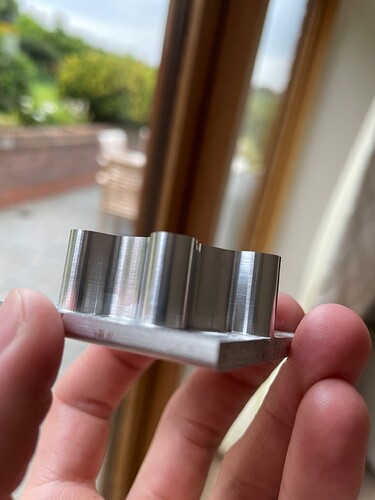 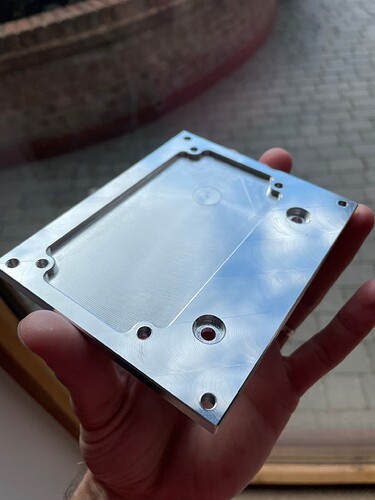 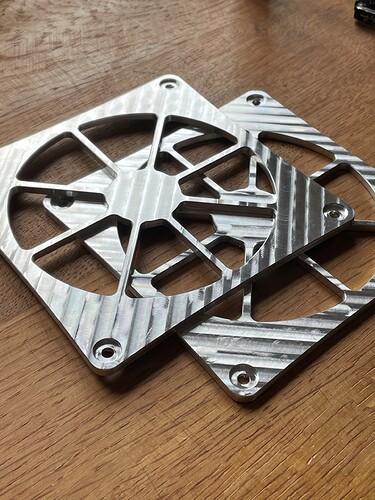 Can confirm it’s real, and it’s a beast. Here’s a brief look at the machine in action: 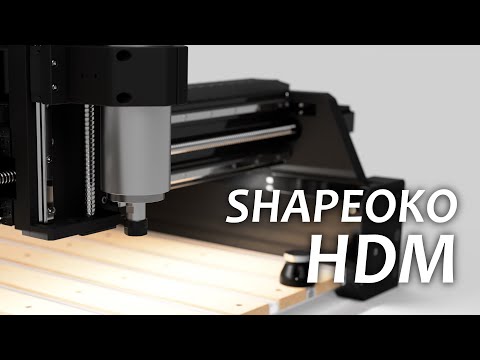 Just wanted to drop in and thumbs up on the clever move of going backward to go forward using an isolated RS-422 interface. That should take care of the low humidity USB issues. Does this mean one could (theoretically) locate the PC far far away as well?

Theoretically, it could be pretty far away. I think we test with a 10 or 20-foot cable though.

Would it be able to handle steel if one was patient

Congratulations Luke!! I know you have worked hard on this beast!!

This machine is screaming for a solid aluminum threaded table.

This is a super exciting new product.

But as a Pro owner, who is currently awaiting the new HDZ (and has been for months) so he can use an 80MM spindle instead of the compact router, I’m disappointed this was the announcement today

I’m curious, what’s the pitch on the ballscrews and the machine’s resolution and repeatability? With ballscrews, I could see it exceeding the Nomad?

Also, any plans for an ATC spindle?

Will the Z axis on this machine handle the weight of a true ATC spindle like the JGL 80 2.2KW it weighs 7.9 kg?

This looks to be a good fit for my needs if it can be upgraded to a true ATC in the future.

But as a Pro owner, who is currently awaiting the new HDZ (and has been for months) so he can use an 80MM spindle instead of the compact router, I’m disappointed this was the announcement today

It’s been a busy and tough year with a supply chain that has fluctuated allot in the last 8 months. Rest assured the HDZ 5.0 for the pro is in production and will hopefully be announced shortly.

I’m curious, what’s the pitch on the ballscrews and the machine’s resolution and repeatability? With ballscrews, I could see it exceeding the Nomad?

Also, any plans for an ATC spindle?

Off the top of my head resolution is 0.00625 mm. We feel a +/- 0.05mm tolerance can be kept and on some of the tests we’ve been doing have been getting even tighter than that *obviously materials, end mills and feeds/speeds come into the play here.

At this stage there is no commercial plans for and ATC, that’s not to say it won’t happen but not yet.

Will the Z axis on this machine handle the weight of a true ATC spindle like the JGL 80 2.2KW it weighs 7.9 kg?

This looks to be a good fit for my needs if it can be upgraded to a true ATC in the future.

It will take the weight easily, although needs a 6mm spacer plate between the spindle mount and front plate. It would also drop between power cycles. Don’t ask me how I know…

Adding on to Luke’s response: In some instances a well-lubricated, precisely built Z-axis will slowly drop when the machine is powered off. This is also common on larger industrial routers without brakes. You will probably want to stick a 2x4 or something under the spindle when it is not powered on.

Any more photos or details on the electronics? A higher voltage and more powerful stepper driver system sounds pretty cool.

I’m sure @Jorge can chip in here, we’ve been testing them for a while and they are robust. No random disconnects, a huge amount of pushing/pulling power.

We’re using a very good VFD for spindle control with a special control built in house.

The HDM uses NC switches which adds a little something extra to it.

Forgive my ignorance, why does NC vs NO switches matter?

If there’s an electrical disconnect or any damage to your cabling, an NC switch will show as triggered or flutter all over the place, so it can be easier to determine that something is wrong than with an NO switch, which will only indicate there’s a problem when you try to use it (e.g. crash your machine).

This machine is screaming for a solid aluminum threaded table.

Since upgrading my standard sized SO3 to an SMW fixture tooling plate with modular vices, I will happily say, without any fear of contradiction, that the machine is now improved beyond all recognition. I really enjoy cutting aluminium and have just got a new paying project on the stocks, since my test cut of arrow rest dampers.

About two months ago, I was considering purchasing a Pro/4 machine too. This HDM announcement… seemingly so soon after the introduction of the Pro/4 series is leaving me uncertain about which product to choose. The series 4, the Pro or the HDM.

I am in no particular rush and I do not run a business… yet. However, I would be a little ticked off to buy a machine that is updated in say… 6 months to the HDM plus or similar. It would be quite reasonable for any company to give out information that includes a broad sweep of a roadmap so that their customers, actual and potential, could plan their purchases in a rational manner.

I have also considered moving my work to Stepcraft’s machinery. With its automatic tool changer, laser, fluid bath, 4th axis lathe, ball screws, spindle, enclosure, ability to machine end on in the centre of the baseboard, I see that I could make such a machine work for me. I now understand where I would like to take my CNC hobby/work and the potential routes to getting there.

The announcement of the HDM threw me for a loop. I guess if I had purchased the Pro/4 series a couple of months ago, when I had considered doing so, I would now be feeling a little aggrieved. Why is the Carbide 3D planned roadmap not known to potential buyers?

There is no doubt this is a stunning machine, but I can’t help but feel sympathetic to those who bought the Shapeoko 4/PRO and didn’t see this one coming!

In less than a year? Very disappointing.

EDIT: The SO3 is pretty much obsolete now, so how long will it be supported, I wonder…?

How much flak are you going to get for mentioning the S-monster?