Is there a way to recover toolpaths from .nc file?

Well I did try to save my work and I do save often, I just fat fingered and was hoping for another recovery method. I did manage to recreate my work after a bit of head scratching and was able to get back on track with my project. Thanks all for the input!

Ditto. I am with you.
Don’t want to start a war, but I have seen that happen twice with doctorate materials. One person drove to Portland to see if the Mac tech could recover the data and the other person flew to San Francisco to get her Mac repaired. False sense of security with the notion that the Macs can’t fail?

I started with CP/M and went through many versions of hardware and software. Maybe early memory and drive failures make me paranoid about loosing data. Incremental backups with hardware redundancy is just a painless habit now. I have recovery software, but I have only used it on drives that were used by careless friends over the years.

Although I’ve never used it, Scorch’s G-Code Ripper claims to be able to convert gcode to dxf files.

My first PC (a 1981 Columbia Data Products clone, with a monster 10MB hard drive) came with both DOS 1.0 and CP/M-86. DOS worked, never managed to make CP/M work. Could have been the proprietary disk controller (had to replace it to make DOS 2 work) but didn’t have the time. Learned a lot about backups from that machine, takes a lot of 360K floppies to back up 10M. Became a big fan of mirrored drives and networked backups because of it.

Probably still have the diskettes, on the shelf with DOS 1 to 6, Windows 1 and up, OS/2, Microport Unix, etc.

I now possess the skills to reposition some of the first satellites launched, lol

Oh come on, now I’m down memoria lane and having flashbacks of programming my Amstrad CPC’s Z80 by typing in pages of code, one hex value at at time (I don’t think any of the youngsters could comprehend why on earth we were willing to do that, and enjoy it too 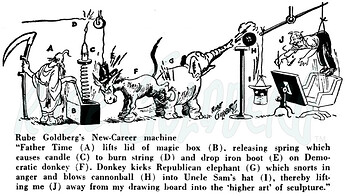 Has anyone FORMALLY requested the REDO feature?

Remember the Z8530 SCC? My favorite com controller of that time, did HDLC, IBM bisync, and async handlers with it on an AMD 2900 bit slice based controller with 4K of 48 bit words. Must have been the early 80s or so. Had some issues with binary mode ascii bisync, iirc it had something to do with including the DLEs in CRCs when they shouldn’t been or something like that. Used to do patches with little toggle switches, took over an hour to run the firmware cross assembler and print a listing. Any printer error, like running out of paper, would cause it to crash and need a restart on the Motorola 6800 Exorterm, glad when I found a cross assembler that would run on our 370. Fun times.

HP had an card that plugged into HP 21MXs with a Z80, EPROM, and SIO that handled two lines, did a lot of bank and ATM protocols with that. We ran hundreds of ATMs on polled lines off those minis, my only job that actually punched out money. Everything in Fortran, I was the only one in the company that could write assembler and interrupt handlers.

They never let me near real satellites or spacecraft the few years I worked at NASA in my very early 20s, probably a good thing.

I have a replica DSKY next to me -
https://airandspace.si.edu/collection-objects/keyboard-display-dsky-apollo-guidance-computer/nasm_A19760744000 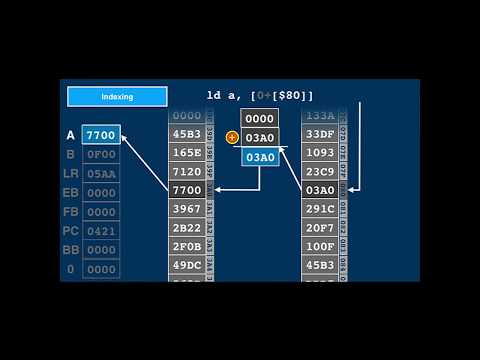 It’s a bit thick at times. I basically realized the generation before me that has practical knowledge of the Z80 based systems, I know of, are or have passed on, so I see it as my retirement plan.

@Julien I have a collection of functional Atari 8 Bit PCs and plenty of Machine Code listings to go with them. LOL

I even have a ring down and 2 1200 baud modems so I can show how the internet grew up.

I once created a working model of the internet to see how it all worked.

I’m dyeing to know if I can make a dial up connection and then print a Gcode file over serial to my CNC, my guess is I will need my Hayes Print Buffer.