Thought I would add a topic on fitting the Jtech 7W laser specifically to a shapeoko Pro for anyone thinking about going this route.

Kit was pretty simple to fit and install , took me about 2 hours and most of that was routing the cables through the Shapeoko cable raceways. 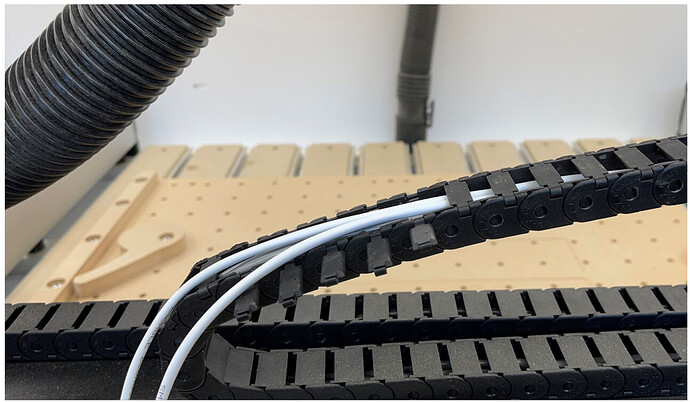 No more soldering of pins onto the shapeoko controller board as kits come with push fit connector and tool now. Just GND and PWM required. 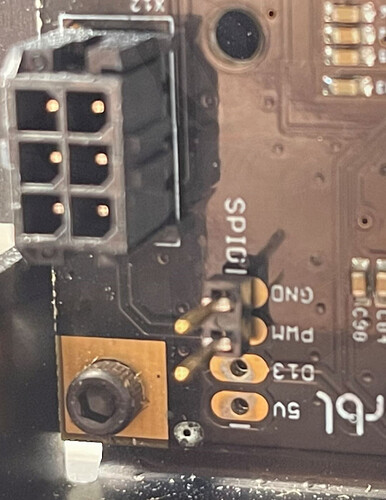 Mounted the Laser controller on the shapeoko controller lid , which just needed two holes to be drilled. 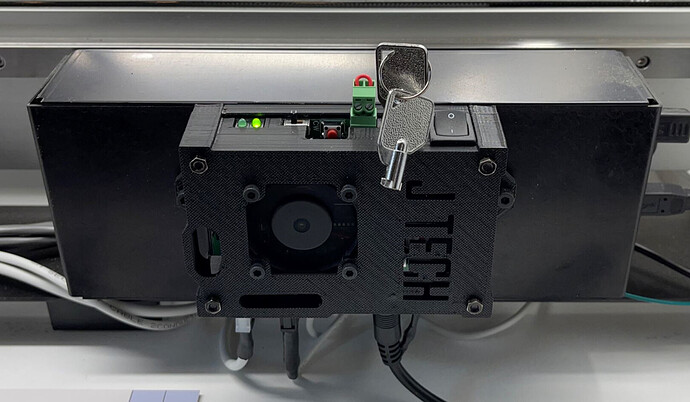 And then adding the laser head and bracket is just 4 screws onto the router collar. 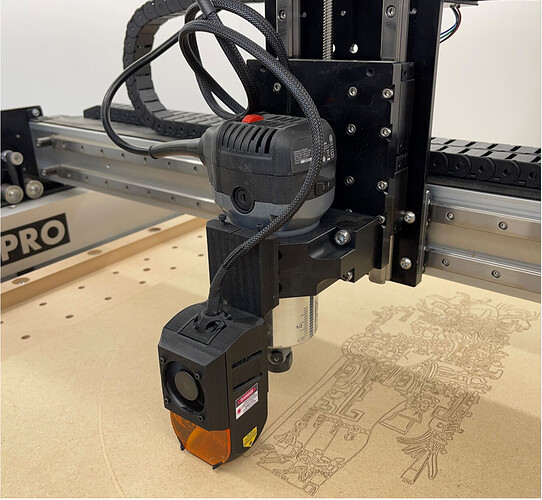 I used Light burn as its cheap and reviews were all very good. There are some great youtube video’s on how to setup the Shapeoko / Jtech laser head in within Light Burn and took 15 mins to get operational !

First test was a simple line draw of a Mayan stela-17 on piece of scrap MDF I had on hand, which took 18 mins and came out pretty nicely for a simple test with no optimizations ! This is roughly 6" x 14" 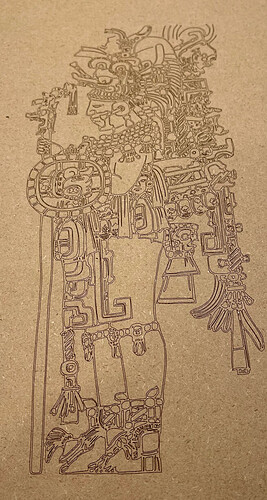 So far my only niggle is that the mount for the laser head gets in the way of the dust boot. This may just be my first attempt and I will try later to see if the dust boot will fit mounted at an angle later.

Were you planning on using your dust collection system to suck up fumes/smoke?

I have two separate vac systems , one for router and one which is just an extraction fan with a pipe to move the smoke outside. I have a couple of blast gates to switch them in/out.

Pretty nice stuff, guess I should take the leap already if your getting results like this. Best Ive seen from 1st use. Not a ton of burning going on.

Nice! I enjoy using my JTech 2.8w; it does get a bit stinky.

Do you run the jobs from Carbide Motion?

Not yet , I am just using Light burn. I will try using the laser add on in v carve pro and then using carbide motion at a later date.