I have a separate keyboard for controlling my machine (S3XL), but have decided to build something that I can attach to the machine frame, and will communicate to my laptop via BlueTooth (using an ESP32).

As you can see from the image, I have 2 thumbsticks, one to control XY, and one to control Z. Sending keyboard events via the device should be pretty straightforward, mimicking the cursor keys on the keyboard, but there is something I’d like to do that I’m not sure has a keyboard event, and that is jogging speed. My thought is that when I pull down on the right thumbstick the Z would jog down, but I’d like to set boundaries such that if you pull it down all the way, the device would first send a command to increase job speed to fast, then as you release the thumbstick to about half it would send an event to set the jog speed lower, until you have the thumbstick almost at vertical in which case the job speed would be at its lowest.

The problem I noticed though is when using the keyboard, I have to use the mouse to set jog speed. As I’m not looking to communicate directly with the board, but with the software, is there a keyboard command I’m missing or is this something you would consider adding to a future release? 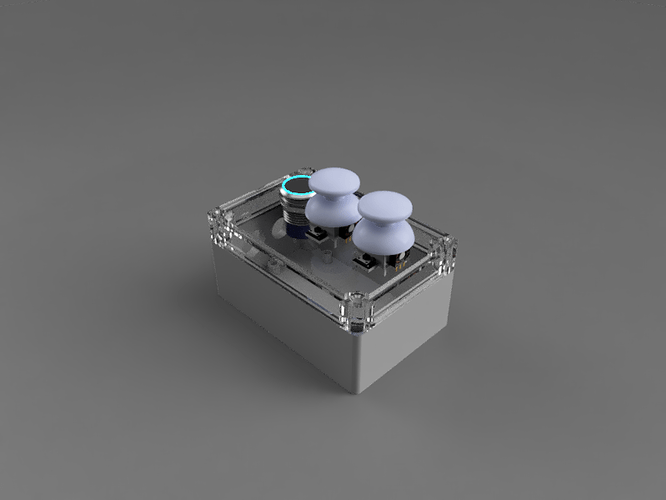 OMG I just saw this: Keyboard Cheat sheet for Carbide Create and Motion

which notes one button for increasing current increment/speed, and another for decreasing it.