Lighting Suggestions For A Voronoi Lantern

So I have a bunch of Walnut laying around and just started machining Aluminum with my Shapeoko. I was looking for a good starter project to combine them. Searching on Thingiverse for inspiration I spotted these lights:

My new dining table lamp :-) Everthing was printed on a Prusa MK3S with PETG filament. You can print it without support. Best to use with LED light bulbs to avoid any heat related problems.

and wanted to know more about how those patterns were made. This lead me down the rabbit hole of Voronoi diagrams. They are really cool and have a bunch of applications. More can be found here:

In mathematics, a Voronoi diagram is a partition of a plane into regions close to each of a given set of objects. In the simplest case, these objects are just finitely many points in the plane (called seeds, sites, or generators). For each seed there is a corresponding region, called Voronoi cells, consisting of all points of the plane closer to that seed than to any other. The Voronoi diagram of a set of points is dual to its Delaunay triangulation. The Voronoi diagram is named after Georgy Vor...

A few hours later I eventually remembered what I went to Thingiverse for and decided to make my own Voronoi lamp. I wanted something to go on my table though. Here is the beginning of the design I came up with: 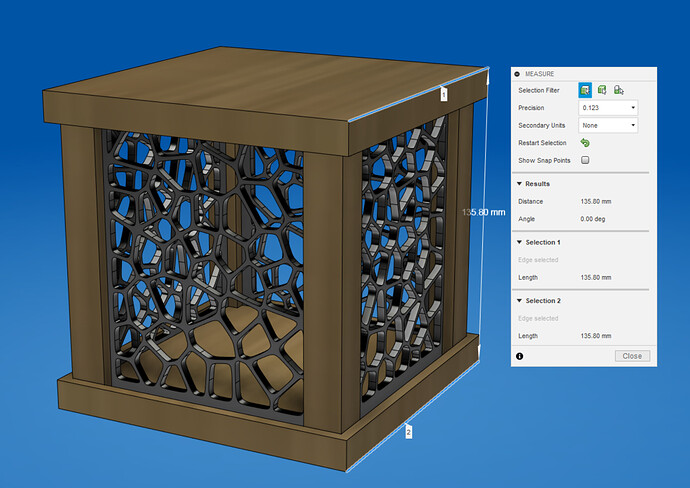 To generate the Voronoi diagrams I used this cool web tool that spits out SVGs when done:

Now for the reason for this post. I am hitting a wall on how I want to light this up. I was originally thinking of gluing paper onto the back of the Aluminum Voronoi grills and putting a LED strip around a wooden dowel on the inside and may still do that. However I kind of want to be able to see the other Voronoi grills when looking at it. I still want the light diffused though. I hate looking directly at a light bulb.

So… Anyone have any cool suggestions on how to add a diffused light to this guy?

If it is gonna be hanging up overhead I would high gloss the bottom of the “lid” or adhere a diffused reflective surface (frosted mirror?) and cut a pocket in the bottom deep enough to house upward facing LEDs on a dimmer so you can adjust it. maybe?

Edit: or the other way around for sitting on a table… or maybe just LEDs…

I think an effect like @AndyC demonstrates here could be really cool:

So having mastered the technique for the coasters, I was pondering a stained glass window insert. A slightly nerve-wracking 10 machine hours later, having picked 2mm geometry for the frame and support bars (because it matches the window it will fit in), it is ready. Cuts in this piece of (I believe) Cherry were 1/4" clearance, 1/8" first detail and 1/16" final detail at 6mm stock thickness, 20,000rpm ‘gently’ on feed rate. An outer frame with tabs mirroring the braces was used, and a few dots o…

LED strips hidden in/running vertically in the four corner pillars, oriented at 45° towards the centre? And japanese paper on the inside of the voronoi faces

Edit: I just remembered I used tracing paper back when I did those

I’ve had some luck with lighting the edges of thick plexiglass with LED strips. SO the strips would be on either the bottom (or top) and the four pieces would be aligned within the edges of the lamp. The lights shine up (or down) into the edge of the “glass” and make the whole thing kind of glow. If you etch the glass, you can get all sorts of diffraction patterns as well. And no hot spots.

You could cut another voroni pattern into the Plexiglas panels and light them from both the top and bottom. When you buy the LED strip, you will have plenty left over. Also, in addition to the 12VDC LED srips available, you can gt 5VDC strips as well, and use a USB-C breakout socket or micro-USB breakout socket and power adapter. I made a light with a micro-USB socket since those cables and power supplies are inexpensive and more common than the 12VDC barrel jack and plug.

a LED strip around a wooden dowel on the inside and may still do that.

Traslucent, diffusing tube around your LEDs.
Or, better and easier, panels of LEDs on the floor and ceiling, diffused with lighting acrylic.

LED on the floor and ceiling would make wiring a bit more difficult, but I like the idea of an acrylic rod or tube being edge lit. Wonder if I can find Neopixel rings and an acrylic tube with the same diameter.

A paper tube offset from the grills with LEDs behind it is also an interesting idea.

I like the idea of using 5V led strips and a usb-c connector. One connector to rule them all!! 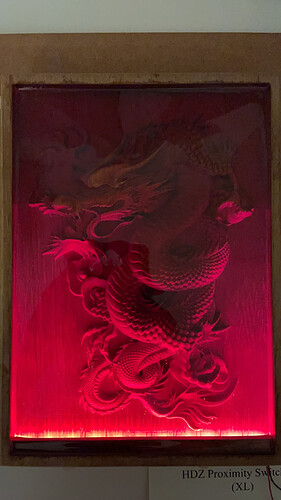 A work in progress - combining a number of ideas. 3D carve of the dragon, resin fill with tinted resin, embedded LED strip concealed in the bottom so direct light doesn’t distract. A finishing layer of resin is planned to put the final glassy finish on.
Not a lantern, but some parallels…

Rendering with a 2.5 in cylinder inside acting as a light source. I like it. Just not sure what to make the tube from at this point. 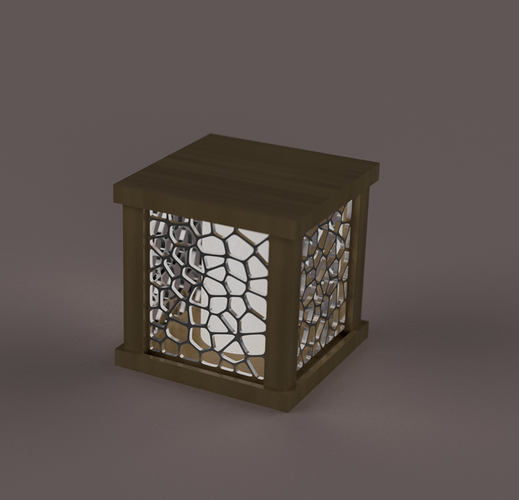 . Just not sure what to make the tube from at this point.

Light diffusing plastic tubes are expensive. What about a glass “candle cover tube” (don’t know what they’re called…my Mother-in-law has them)?
Amazon knew what I meant.

The Aluminum grills are at the max height of the stock I have. Already going to have to play games securing it for machining. So whatever I use for a diffuser will need to be cut down most likely so glass is out. I’ll look around for a plastic one like that though.

How about a clear tube, like the ones used for dust collection systems, sanded or something applied to make it frosted.

I had a student make small lantern like that and he used plastic straws to diffuse individual 5mm LEDs.

Another student used tyvek to cover the sides…she actually did a voronoi pattern with her initials on it. On that one, we used a standard bulb base that I scavenged from a remodel job in the neighborhood. The tyvek was from envelopes.
We tried all kinds of flat material wrapped into a cylinder, but it only works if you cover the seam and make it look like an intentional part of the design.

I’m going to stop by a dollar store and see if they have any cheap plastic hurricane glasses.

I’ve been thinking about how to code (in Lua, inside VCarve Pro) a Voronoi and/or Hilbert pattern to use either as a fretwork pattern generator, or as a ‘hatch pattern’ - the latter being useful if the output device is drawing oriented rather than cutter oriented. I have a crude code prototype running in C, just need to translate it into Lua and the various drawing and path objects… and then work out how to efficiently boundary clip the patterns…

Andy Corteen,
Are you thinking about making a Vectric Gadget ? I would be happy to beta test on Aspire.

I am looking for a good excuse to use Fadecandy in a lighting application. This may be it!
Neopixel begs for FadeCandy
The controller is expensive but worth it for the effect 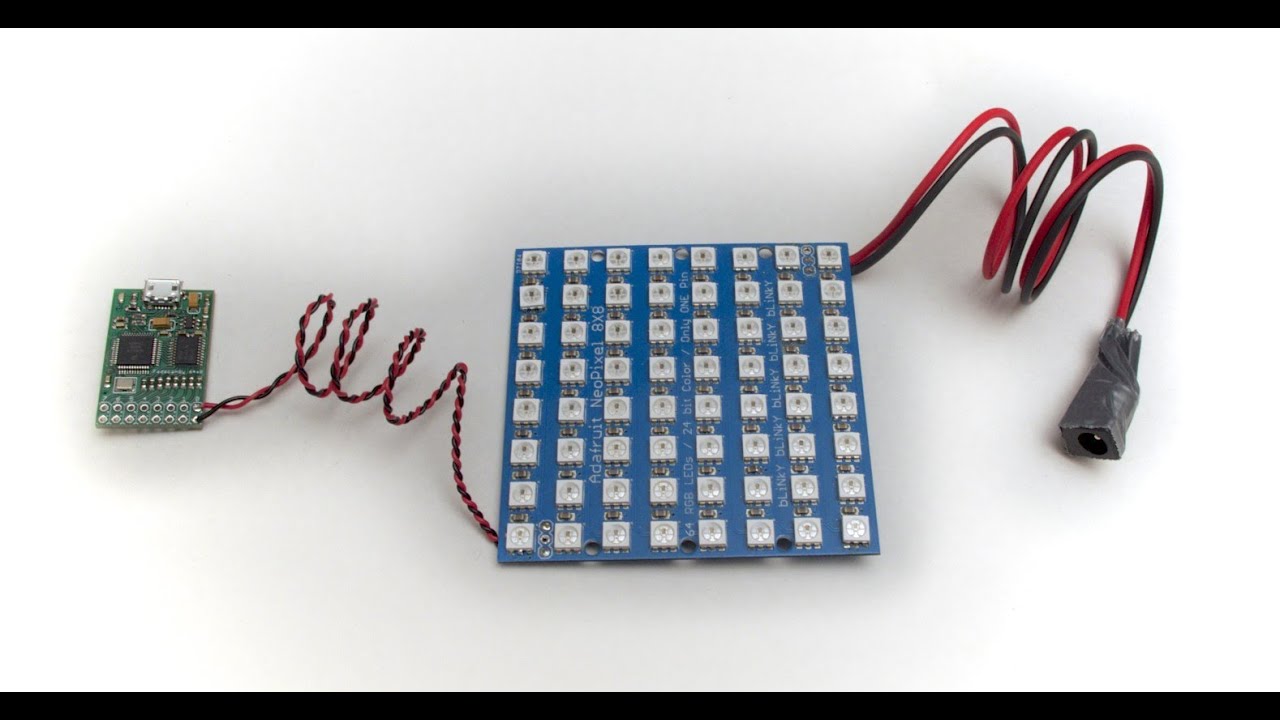 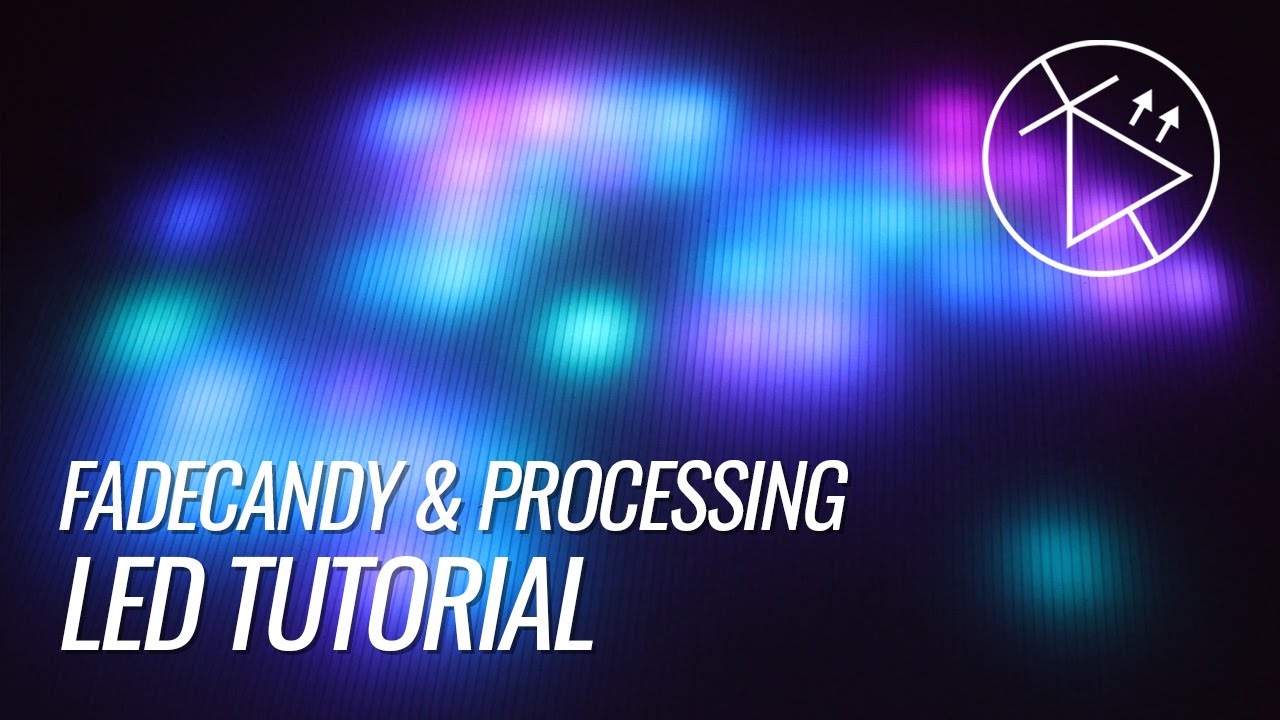 CthulhuLabs,
If you like the concept of aluminum and wood, check out:
Attila’s Workshop
Beautiful desk lamp - https://youtu.be/MTNtwabNqqo

@JimInAshland I do intend coding the Voronoi maps in Lua, but I have a few projects to finish off first… Building a new workshop so I am not sharing my garage space with the motorcycles (or is it them reluctantly sharing with me?), some off-cut glue-up decorative chopping boards, and once a piece of specimen timber arrives (Woodshop Direct, UK), making a pair of Tapered Barley Twist standard lamps - I have worked out how to make these in 2.5D, and just need to complete these to finally prove the idea. If I remember I will document the machine steps and design files.