I’m experiencing some surface rust on the linear rails on my Pro XXL. How have you all prevented this? I’m wondering about some silicone lubricant spray as it seems like it would not collect as much dust as oil. I’m also not super well versed on how the linear bearings are constructed - will the slight amount of roughness left by light surface rust (i did clean it as much as i could with some fine scotchbrite pads) cause premature wear on the bearings? Should I attempt to re-polish the rails?
Thanks.

For routine maintenance the recommendation is to use some Mobile Vactra No2, see “Lubricating Shapeoko Pro X- and Y-Axis Linear Rails and Guides” section in the maintenance guide:

I’m not aware of any recommendation for when some rust has appeared, I would probably leave it alone especially if it’s on the front face of the rail (the balls ride on the sides/edges of the rail anyway, so unless there is a very large amount of rust I would ignore it).

Thread on this regarding an abused machine at:

So, I've got a chance to take possession of an 15 year old VMC for next to nothing. I've got brand new ballscrews/nuts to put on it. but this thing ha

… Remove as much as possible with non abrasive methods and WD40 with Scotchbrite from there. Clean clean all slurry before moving. Hand pump into the blocks to force out anything that may be just inside the seal. Like Dave said, just reduced life. Seals will take a beating going over the rust.

That said, let us know at support@carbide3d.com and we’ll do our best to assist.

Thanks guys. This forum is one of the big reasons I chose Shapeoko - I really appreciate all the input and am amazed at all the experience/expertise put into every reply. I’ll get those rails lubed properly and let you know if I have any more questions. The initial rust was really from my negligence as I just didn’t think to oil them after I put the machine together. My shop/shed is probably relatively moist in spring as we have snow melting off.

My Pro4 is in my basement, and I wiped down the rails with some Johnson’s paste wax. It does a pretty good job of preventing rust and dust.

While probably okay, I’d worry about how that would interact w/ the tackifiers in the Mobil Vactra No. 2 way oil — please just use the specified lubricant — if you have difficulties w/ that, let us know at support@carbide3d.com

Let me clarify, I wipe on the paste wax, and then wipe it off, just like you would for furniture. No difficulties at all.

It may be worth being quite careful about other lubricants getting into the mix.

As Will indicated, there’s some issues in mixing lubricants, the thin layer of wax may get picked up and accumulate in the bearing tracks reducing the ability of the oil or grease to maintain lubrication.

In addition I’m told it’s important not to introduce any ‘lubricant’ which uses solids as the lubricant, those where interlayer sliding within a crystalline structure such as Molybdenum disulfide, teflon etc. are all problematic. (Super Lube is therefore best left for your bike chain too)

This is apparently due to a tendency of these lubricants to allow the ball bearings to stall and slide over the rail surface instead of rolling and moving round the track, this allows rapid wear on the bearing and rail surface and leads to premature failure.

Keeping the seals on the linear rail blocks consistently lubricated from inside the bearing is the best way to keep the seals intact and crud outside, bearings inside.

One note for the Super Lube mention — it is recommended for the Nomad rails:

What do I use to Lubricate the Rails?

The only oil we use and recommend for lubrication on the Nomad rails is Super Lube Synthetic Oil with PTFE. It’s available from Amazon in various container sizes and types as well as some sewing machine supply shops:

and I will admit I wonder about the suitability of replacing the Mobil Vactra No. 2 w/ it (which I guess would entail cleaning out and repacking the bearings in the linear blocks which is why I haven’t done more than wonder).

I just went looking for it in a pint quantity ( in the U.S.) and found it at High Quality Tools, but they have a $20 minimum cart quantity before you can check out, so I went to the next place that I found, which is Amazon (not really a fan anymore, but buy things there when it’s my only choice) and turns out - the shop is High Quality Tools. . . Go figure.

Anyway, I have a pint on the way now for ~$20 after tax - shipping included in the price.

To be clear, I’m not using the wax as a lubricant, but as a protectant. And as for solids, if it contained any, I would assume it wouldn’t be used on car finishes, plastics, etc.
For lubricating the rails, I do use the Mobil Vactra 2, as I’m more concerned with the possible build up of sawdust, and dust from whatever else I may be cutting.
I may have voided my warranty, again, but at lest my rails stay rustfree in a damp environment, and I don’t have sawdust clinging to them like they would if I wiped them down with oil.

I will leave this here… 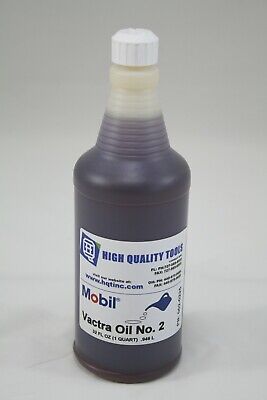 Used in Bridgeport, Haas Mills and Hardinge Lathes. NEED PARTS FOR YOUR BRIDGEPORT?. ASK ABOUT PINT & GALLON CONTAINERS AS WELL! ASK ABOUT OUR SYNTHETIC AND WATER SOLUBLE COOLANTS IN GALLON AN 5 GALLON BUCKETS!